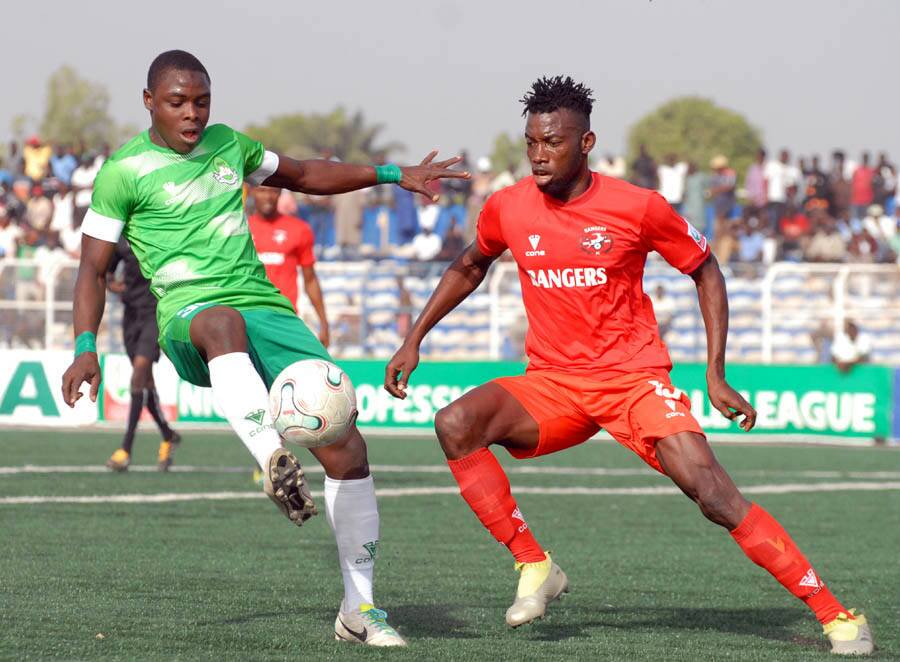 In sports marketing, one of the most popular concepts is the Escalator Concept which is usually adopted in bringing in new customers and retaining existing ones. The frequency escalator, which is a graphic representation of the concept, shows the different levels of fans’ involvement in a given sport.

If someone is placed as an heavy user on the escalator, it suggests they are invested in the sport to a large extent. Studies have shown that participation in fantasy sports places fans high up the frequency escalator because their participation requires research and informed decision making.

The concept of fantasy sports is generally quite simple, an owner (player) puts together a team they believe will have the best statistical performance, and the player with the most points wins.

“In the case of the English Premier League (EPL), you’re given a virtual budget (£100m) to buy players from different premier league clubs — 15 players (two goalies, five defenders, five midfielders and three strikers), you can’t buy more than three players from a certain club, and of course, a player’s price varies and fluctuates based on performances and sales over a short period,” says Zubair Abdulahi, a football fanatic and writer at 352ng.

The Fantasy Premier League, the official fantasy football game of English Premier League is one of the most popular fantasy football leagues around the world. Spanish La Liga has the Fantasy Liga, Italian Serie A has Fantasy Serie A, German Bundesliga has Fantasy Bundesliga while South Africa has the only fantasy league in Africa, Kick Off Fantasy.

According to Shehu Dikko, Chairman of the LMC, the fantasy league platform will help the NPFL “towards attaining globally acceptable commercial and games management standard.”

The NPFL does need help

For a few months now, the NPFL has been suffering due to unrest in the administrative house of the Nigeria Football Federation (NFF). There’s currently a case in the Federal High Court in Plateau state between Chris Giwa who believes that the presidency of the NFF is rightfully his and incumbent NFF President Amaju Pinnick.

This fight for the control of the NFF has split the federation into two factions, leading to the suspension of both the apex and local leagues; the NPFL and the Nigeria National League (NNL).

Matches scheduled for after June 13 were postponed indefinitely

“The power tussle in the NFF has greatly tainted the league calendar. It can be up to the standard of the PSL (South African league) but what we need is a lot less of government interference and a lot more of corporate involvement as regards sponsors,” says Eddy Okaro of the Lagos state Football Association

Asides the current internal conflict, the league has always been in a pretty bad shape. It is ridden with many structural challenges including poor marketing, broadcasting, training for players and adequate facilities, to mention a few.

“It’s an interesting league, but I hope and know that we can get better, tactically, technically and administratively,” says Abu Azeez, three-time Nigerian Beach Soccerstar and Enugu Rangers player.

Sikiru Alimi, Sunshine Stars FC player names players’ welfare and logistics as one of the issues the NFF needs to look into.

“Players have to travel to match venues by road, this is sometimes very difficult because of the proximities of some the venues”

Corroborating Sikiru’s complaints, Azeez reveals that players in the league are not well paid and more often than not, the teams do not respect contracts.

Zubair believes that these issues are the reasons why there’s little or no interest in Nigeria’s local football league.

Since there’s little or no interest in the NPFL, why should anyone care about its fantasy league?

Speaking to a few people who play the EPL fantasy football, they all agree that for a league that lacks a database of all its players, transfers and other activities, the idea of a fantasy league for the NPFL is a classic case of putting the cart before the horse.

“The teams involved in the league have increased from 20 to 24 in just a single season, certain player transfers are hanging so creating squad rosters will be cumbersome for sure,” Eddy affirms.

“The league is poorly run so games won’t start on time (very key for deadlines to squad selections), records are poorly kept (who assisted the most goals at Enyimba last season?), the league will definitely be halted at some point this year again,” Zubair adds.

There’s also a concern about the quality of the software to be produced. However, there’s a lot of optimism that a fantasy league might improve interest in the local league.

“The world has gone digital so the fantasy league will bring about more knowledge of the NPFL and more people closer to the league,” says Sikiru.

Azeez shares Sikiru’s optimism but believes that for the fantasy league to create any impact, the state of the NPFL needs to improve.

“What’s the essence of getting people to love a product that you don’t package well?,” he asks.

Regardless of the general opinion that the Nigerian local league is not ready, it is obvious that there is a ready market for the NPFL fantasy league. However, for it to record significant participation, thereby getting enough fans high up its frequency escalator, the league needs to undergo a general facelift.

“Take the hype up first in analysis, let the league seem organised, the quality of the software should also be user-friendly,” Zubair suggests.