FG allocated over ₦1.45b to Nigeria Air with barely anything to show for it 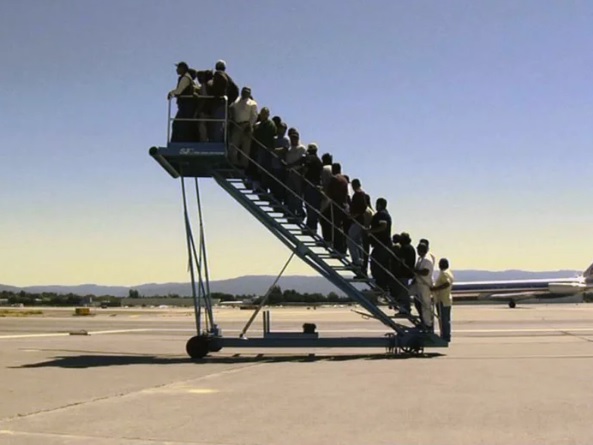 UPDATE [7:31AM, September 20, 2018]: Barely 24 hours after this story was published, the Minister of State on Aviation, Hadi Sirika took to Twitter to announce the indefinite suspension of the Nigeria Air project.

I regret to announce that the Federal Executive Council has taken the tough decision to suspend the National Carrier Project in the interim. All commitments due will be honoured. We thank the public for the support as always.🙏🏾🙏🏾🙏🏾🇳🇬🇳🇬🇳🇬

In July 2018, the Nigerian Minister of State on Aviation, Hadi Sirika unveiled Nigeria Air as the national carrier alongside its logo at the Farnborough International Airshow, London.

Earlier in the year, Sirika also unveiled the transaction advisers for the establishment of the national carrier, concession of airports and other projects.

And before the transaction advisers were unveiled, the minister had attributed the delay in the establishment of the national carrier to the lack of communication on the part of German aviation company, Lufthansa Group.

Apparently, Lufthansa was appointed earlier by the Federal Government of Nigeria (FGN) as a partner on the national carrier project.

According to the minister, the rejection letter from Lufthansa came with a counter offer which the government rejected. And the government is currently looking for another partner.

It appears the FGN wasn’t ready for the national carrier when the name and logo were unveiled, despite budgetary allocations for 3 years in a row.

It is obvious the federal government has been on the national carrier project for three years. However, events surrounding the airline, on the other hand, show a lack of readiness of the government to pull through. Noteworthy is the fact that the transaction advisers were unveiled earlier this year, despite recurrent allocations every year since 2016.

The FGN’s role is to provide initial capital of between $150 to $300 million, to be invested in tranches over time from startup through the first few years of operation. And at the end of it all, the government’s stake in the company would be reduced to 5%.

This financial commitment is expected to be funded by a syndicated loan, of which the African Export-Import Bank, African Development Bank (AfDB) and the Islamic Development Bank (ISDB) have all indicated interest.

With these three financial institutions indicating interest, it can be assumed that funding is all but settled. However, according to a fact sheet that surfaced after the launch, the government is still on the lookout for a strategic partner to manage, operate and invest in the national airline. This is because the federal government has promised to stay clear of the affairs of the airline when it eventually launches.

That the government is still on the lookout for strategic partner questions the effectiveness of the funds that have been devoted to the Nigeria Air project, for consultancy as well as its establishment, over the last 3 years.

There is also reason to question the promised December deadline for the commencement of operations of Nigeria Air. From all indications, the government is yet to obtain regulatory licences.

Earlier in September, barely two weeks ago, the Director-General, Nigerian Civil Aviation Authority, Muhtar Usman assured journalists that the authority can deliver the two major certificates — Air Transport Licence and the Aircraft Operators Certificate — within the 90-day legal period, just before December. That remains to be seen.

The key financial commitment from the government towards the airline is coming from the syndicated loan. But the investment is expected to be divested through an initial public offering (IPO) after a year of commencement of business to bring down its stake to 5%.

It’s a good thing that FGN is banking on the Nigerian Stock Exchange (NSE) which will also reduce its influence on the management of the airline.

Ibi Cookey, an investment officer, says that the government’s decision to take Nigeria Air public could be technically right or wrong. According to him, the legality of the proposed IPO is dependent on the framework of the loan, which is currently unknown.

According to Edosa Obaseki, CEO of Prairie Crossing Capital Management — an investment firm with focus on long-term value creation — a company typically needs a minimum of 3 years of operation or a core investor that has been operating for 3 years with a track record, to get listed on the NSE. Nigeria Air could easily meet the later requirement.

Obaseki also affirms that Nigeria Air can go public despite funding its stake in the company with a loan.

“Some companies actually go public just to raise equity finance to pay off their existing loans. However, depending on how much they raise from listing on NSE, new investors could be concerned about the amount of debt the company has.”

And on the loan servicing and its possible effect on the IPO, Obaseki thinks it’s a good thing that the company will be going public while still receiving tranches of the syndicated loan.

“If anything, it is good to know that they have financing coming, in form of each tranche. So even if they are doing poorly, they still have a commitment from lenders to inject cash at the date specified on the tranche”.

“Whether this (the funding) will be a net benefit or loss for the average Nigerian in the long run still remains unclear,” concludes Obaseki.

Have we stopped praying for Nigeria Air? pic.twitter.com/9oshbobMN2

— Being Human is not Enough (@realdanielemeka) September 7, 2018

Before relying on the stock exchange as a means to repay the loan or the saving grace for the federal government, there are items to consider.

What would be the tenure of the loan? What does the government intend to use as a security for the loan? The fate of Nigeria Air could be on the balance if the company or the government, as the case may be, fails to service the loan as at when due.