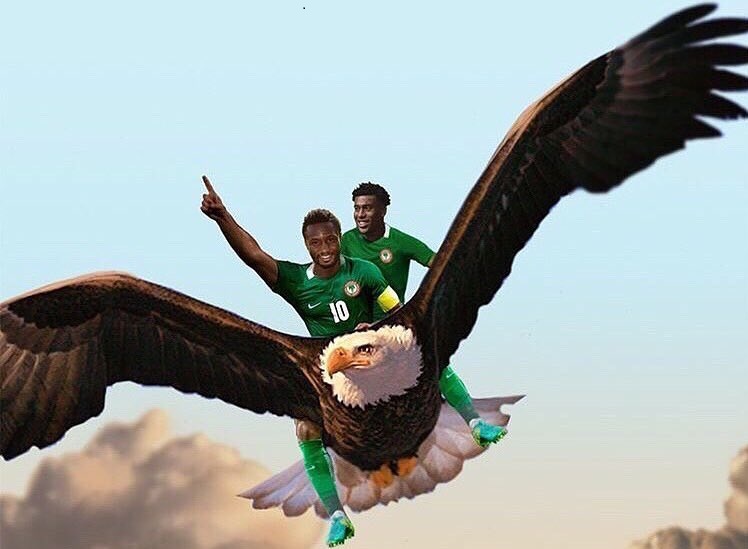 The FIFA World Cup 2018 is set to commence on Thursday, June 14, 2018. Despite the slim chances of Nigeria winning the world cup, the Super Eagles have already won the hearts of many football fans all over the world through their attractive world cup kit.

Within hours of release, the official jersey of the Nigerian national team sold out in the Nike stores in Lagos and London.

With the World Cup just days away, donning a green and white native attire yesterday, the team left Nigeria for Russia, in grand style. A few of the players posted pictures of their departure on social media.

#Nigeria Super Eagle outfit in #WorldCup2018. I think it is cool and represent the great nation of #Nigeria.

What do you think? Yay or nay? pic.twitter.com/2mziyCaq5h

It brought out the Fashion Police

These super eagles should have at least used Ebuka’s tailor

Have the feeling those Super Eagles native attire could've been made much better.

Whoever is in charged of #supereagles dress sense this year deserves some accolades. From the jersey to the native attire; all shades of greatness. I hope this boosts their performance on the field and not just go there to make up the number and fashion parade. #SoarSuperEagles pic.twitter.com/enSsBg4uBF

Super Eagles out here looking like a black choir in an international music competition pic.twitter.com/EQHRmAqkvC

Someone should remind super Eagles it’s Worldcup not traditional Wedding

Whatever happens in Russia, Nigeria has already won the trophy for the best dressed team at the 2018 World Cup.