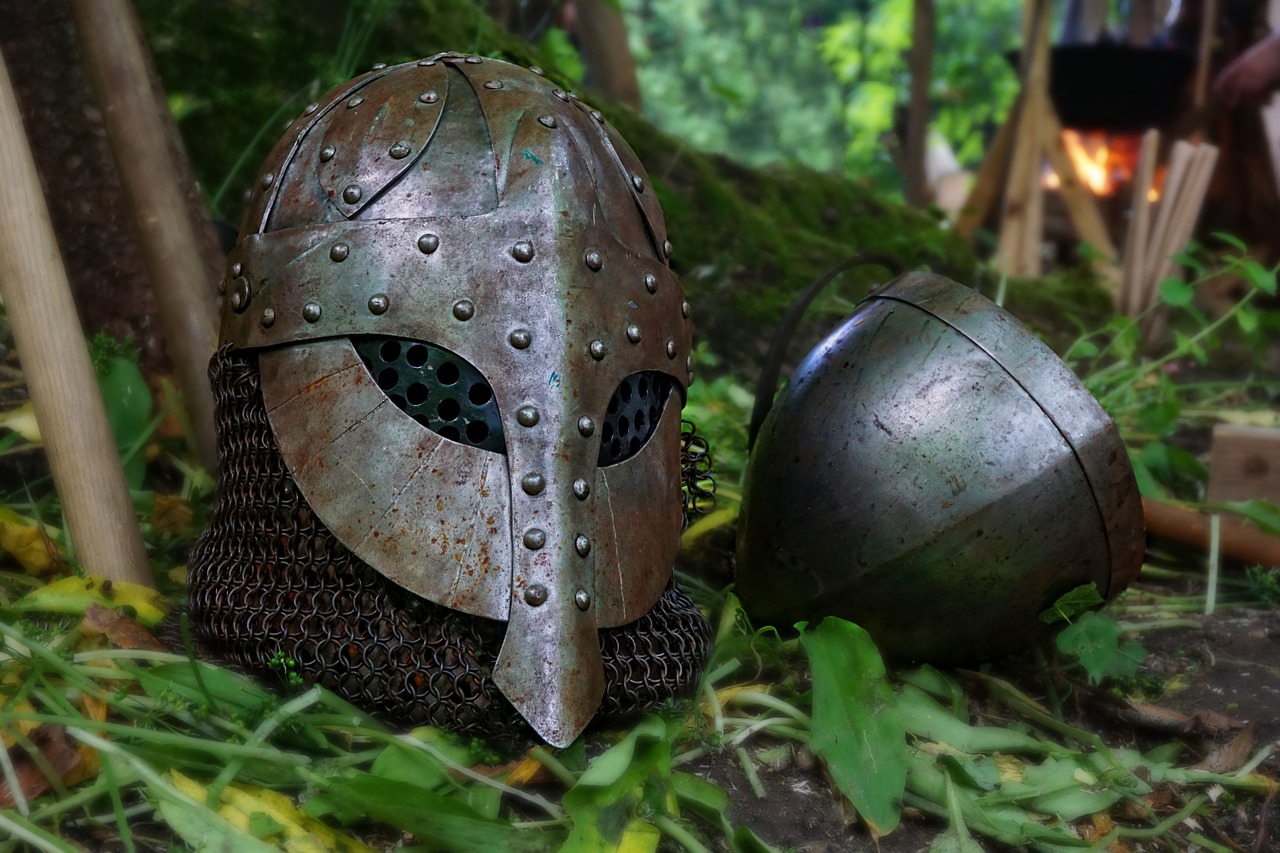 This week, controversial Nigerian author and renowned feminist Chimamanda Adichie was a guest on The Daily Show  with Trevor Noah.

During their conversation, Chimamanda said that acts such as holding the door should not be regarded as chilvarous because they suggest that women are weak. Watch the video below.

Chimamanda needs to go to a corner and be quiet. Very soon she’ll have a problem with the “man” part of her name.

A man who open/hold the door for a lady:

Is mature.
Is considerate.
Is respectful.
Is supportive.
Is affectionate.
Puts the lady first.
Appreciates the lady.
Knows how to treat a lady exactly how she's supposed to be treated.

Chimamanda is the Queen of starting conversations that challenge societal norms. Arouses your mind to reconsider the things you were born to uphold without question.

Love how Chimamanda triggers all of these conversations whenever she interviews.

Chimamanda will articulate the most basic concepts of feminism and you guys call her radical and want to damn near tear your shirts. Do you people really have sense or is there something wrong?

Incase you didn’t get her message

All Chimamanda is saying is: Hold or open doors because you want to, because it makes you feel good. Not because you're opening it for a woman, and just because she's a woman, you need to open the door for her.

Is that so difficult to understand?

In order to disagree with Chimamanda's opinion, you have to disagree with what she's actually saying, not what you think she's meant based on ur comprehension skills. Ask someone what it means if you're not sure, don't be joining band wagon up and down

God bless chimamanda.. no need to pay bride price again, except you are getting married to a handicap or sick person 😂😂😂

Whether we are dating, loving, hating, playing…whatever, please be opening door for me. I’m begging you.

If that’s the criteria for being weak, I gree. I WEAK well well. Thank you

According to Chimamanda, Jack just died for nothing in Titanic. 😊

Read more reactions here and below for other trending topics on social media this week.

Henceforth, Democracy Day in Nigeria will no longer be celebrated on May 29 but on June 12, the day the 1993 election was cancelled, denying the late MKO Abiola his victory. Read the press release below.

Dear Nigerians, I am delighted to announce that, after due consultations, the Federal Govt has decided that henceforth, June 12 will be celebrated as Democracy Day.
We have also decided to award posthumously the highest Honour in the land, GCFR, to the late Chief MKO Abiola. pic.twitter.com/VyYftmvWKA

I commend @MBuhari for announcing June 12th as our new Democracy Day. This is long overdue and I am pleasantly surprised.I also commend him for honoring Chief MKO Abiola, the winner of the June 12th 1993 presidential election, with the posthumus award of GCON.This is great news!

With the stroke of his pen
– IBB annulled MKO's election victory

– Abacha jailed him for demanding his mandate

– Abdulsalami could have given him back his mandate

– OBJ could have declared #June12 as democracy day

Suddenly, they realise #June12 should be a public holiday😂😂😂
Yoruba people, wake up o. It's a gimmick for you to vote for them. Don't say you weren't warned o

What if Buhari actually move Democracy Day to June 12 so as to have 14days more in Power in case He lose 2019 Election? pic.twitter.com/tbhLnEga2e

The interesting this about Buhari declaring June 12 as democracy day is that some people who clamoured for it for years cannot celebrate it because they are now in PDP. Politics… Bloody hell!

This posthumous honour done to #MKOAbiola means that the Nigerian Govt at the highest level now acknowledges that there was a travesty of justice over #June12. Now that the victim is finally getting "justice", what happens to the perpetrators of the injustice? @MBuhari

Nigeria is so tribal. Biafra war has been pinned as an Igbo issue. #June12 now Yoruba appeasement deal. No collective outrage. No collective pain. No common identity. This is shameful.

A trip down memory lane #June12

FLASHBACK: The Famous MKO Abiola Jingle for the Freest and Fairest Election in the Country under platform of SDP in 1993 … #June12 #DemocracyDay pic.twitter.com/oodYyQ909m

Just putting this out there 😊😊😊

You’re probably wondering when Techpoint Inspired 2019 would hold; May 29 or June 12? Stay tuned.

This is Nigeria: The controversy

Remember Falz’s This is Nigeria video from last week’s roundup? Well, it continues to trend this week because an Islamic group, the Muslim Rights Concern (MURIC) gave the rapper seven days — starting from June 5 — to withdraw the video and apologise for using girls wearing hijab in it or face legal action.

We are not withdrawing "This is Nigeria" video – Falz's Management Team https://t.co/oLvUV7N2dz#ThisIsNigeria #Falz

Falz' THIS IS NIGERIA Video has definitely hit the right spot and gained nation/worldwide recognition and they're all fighting themselves 😂
MURIC is now asking him to take it down or face the Law 😂.
Law kor.
When falz and his whole family eat and bathe the LAW 😂
JOKERS.

So MURIC is threatening Falz with "legal action".
Falz, who himself, is a certified lawyer, has a Law jagaban as a father, and mother is also a lawyer…
This is going to be interesting 😂😂😂😂 pic.twitter.com/05Ayz25phR

This Falz saga is nothing short of political.

Someone somewhere isn't doing their job, and felt insulted by all facts laid out by Falz.

There are no political grounds to take it up so they need a pawn for their dirty job.

Sue Falz ke? That is by far the Dumbest move anyone can think of doing. Falz is a Lawyer, His mother is a Lawyer, His father infact, his father alone na Legal Institution, then you now want to Sue him. No be only Sue, it's Suya. I'm tired of Stupidity.

How do you expect one man to fight a whole religion and you think he will win ? Do people think at all ? He should just say sorry and stop proving to be right

I still don't understand the relationship between chibok girls and shaku dance..
It doesn't relate..
It's mockery.

From the first time I saw the video, I just couldn't agree with Hijab dancing girls..
Dancing shaku with hijab !!!!.. That's nonsense..

Falz passed a very good message with his #ThisisNigeria video.

Of course individuals or groups can get angry, dissatisfied and criticise him. MURIC did. I’d be more interested in MURIC’s criticisms of the endless killings in Benue, Zamfara, Taraba etc and brutality by SARS.

In a bid to call out this MURIC(sp) silliness, your islamophobia is beginning to show. Please tuck it in.

Let’s be very frank please. I need the attention of my Muslim brothers and sisters on this one.

If #ThisIsNigeria video by Falz felt like an assault on your self-dignity as a Muslim, please reply this tweet and explain.

And if NOT, pls RT. pic.twitter.com/xVkUFK38rV

Another Islamic group, Muslims Against Terror reportedly defended Falz, read all about it here. Also, someone made a thread of MURIC’s past “silly” calls, read it here.

This week, news of the federal government’s call for the arrest of shisha smokers in Nigeria circulated social media.

The Miniter of Health, Professor Isaac Adewole gave this directive to the police on Monday at a press conference in Abuja to mark the 2018 World No Tobacco Day.

Imagine being locked up for taking shisha by a cigarette smoker 😂😂😂

Under what law is Shisha smoking illegal? https://t.co/UdHFBle9G2

Shisha is about to be banned, that’s nice, it will reduce fuel price, Create jobs and everybody will be happy.. 👏

Great news!!!! With all the problems we are facing In this country.. Our FG decides to tackle the number one problem… Smoking of shisha in public 😅😅

With all the unsolved issues in Nigeria, our FG decides Shisha ban is their priority, what a shame 🤦‍♂️

how is shisha illegal and cigarettes arent. I doubt any government decision ever stems from genuine concern for the public

Just so you know;

'Oh but shisha is just water and flavour'

Shisha is a glass-jar water-pipe in which fruit-flavored tobacco is roasted with charcoal. The tobacco smoke passes through a water chamber & inhaled via a pipe. According to the WHO, a regular shisha smoker is at equally risk as a cigarette smoker.

Police: Saraki should respond to criminal allegations from confession of a bandit

NASS: we don't have confidence in leadership of the police

MURIC: Falz should shut down #thisisnigeria video or face lawsuit

Minister of Health: Kai is like everybody is high, Ban Shisha