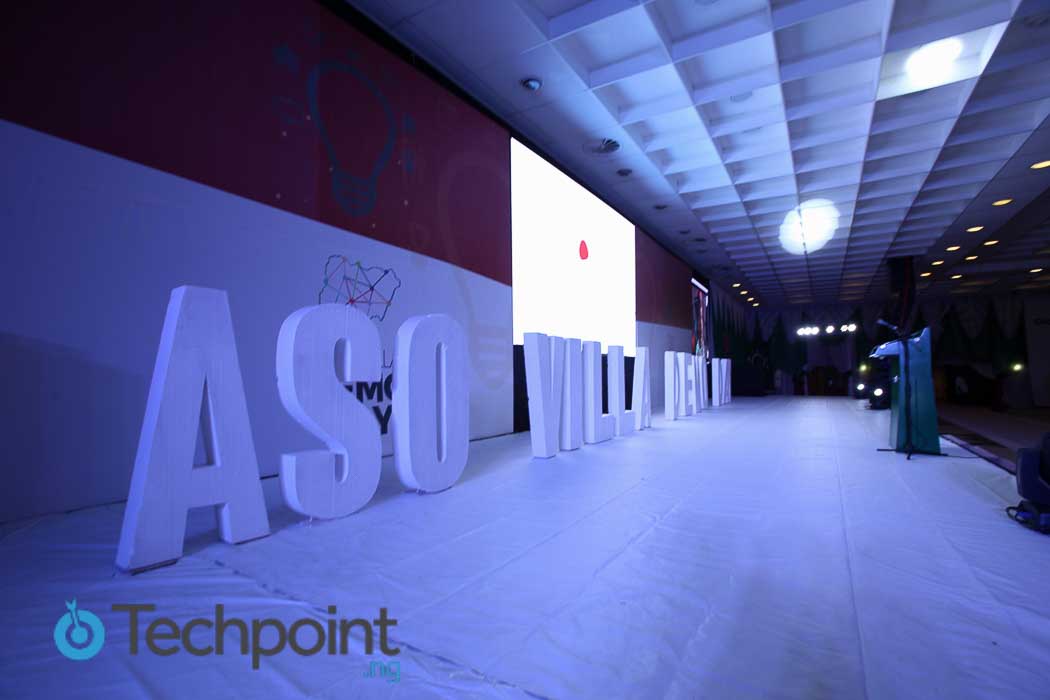 After a controversial twist to its original plans in 2016, Aso Villa Demo Day (AVDD), a startup/SME initiative under the Office of the Vice President of Nigeria, finally kicked off months later with a gala event in Abuja. The event was graced by dignitaries like Mark Zuckerberg, President Muhammadu Buhari, Vice President Yemi Osinbajo, ICT minister, Adebayo Shittu, to mention a few.

Three of the 30 startups that made it to the grand finale went home with ₦3 million each as their part of the promised AVDD grant.

However, AVDD has worn a new look since then. The scheme was extended to 51 additional participants (bringing the total to 81 startups), with a promise of up to $40,000 each, in grants, to be delivered in two tranches. This was followed by the hosting of an award signing ceremony, again in Abuja, on the 4th of April 2017.

It was during the ceremony that the tone for the project, in terms of the expected deliverables and timelines for release of funds, was formally established. Officials from the Office of the Vice President, representatives from Growth and Employment project (GEM) and PricewaterhouseCoopers (PwC), as well as the 81 grantees all completed the guest list that witnessed the signing of the AVDD contract during the event.

But what was quite unknown to us is that AVDD had lost complete autonomy by this time, handing over the reins to GEM (through the ministry of trade and investment).

When recently questioned about the state of the AVDD funds, even Mosope Olaosebikan, a key coordinator of the programme, couldn’t hold back from saying, “we don’t have single control of the entire process. Everything is in the hands of GEM.”

For all we know, what we’d later identify as a flaw in the conduct of AVDD could have spawned from this negligence.

Not long after the contract was signed last year April, it was gathered that payment had begun for the release of the first tranche.

The first tranche was supposedly released to grantees following an evaluation exercise by the PwC team (an independent body charged by GEM to evaluate grantees), with another reassessment to be conducted three months later to access new milestones for the payment of the second tranche.

Surprisingly, there have been contradicting accounts on the release of the funds and more so the time of its supposed release. Many of the grantees complained about not receiving their first tranche until much later on in 2017. To even worsen matters, it was alleged that the money was immediately and unlawfully frozen as soon as they hit grantees bank accounts.

“That money was frozen up till June, July and December for some people. Some even till this January 2018,” explains a grantee, who spoke on condition of anonymity, after threatening the bank with a law suit.

Whatever reason it was that funds were “illegally” frozen in bank accounts of grantees was not communicated. And seeing that only bodies like the Economic and Financial Crimes Commission (EFCC) or a signatory to the bank account — but not GEM — had the right to issue such directives, it therefore makes the banks complicit in an unscrupulous activity.

Meanwhile, the timeline for completion of first tranche milestone was set between June to August last year by GEM. But this obviously lags as far as year 2018 for those who might have recently gotten their funds released. In spite of that, most have gone on to complete their respective milestones.

At the time of completion, the grantees confirmed that they had reached out to PwC/GEM for clarification on what to submit and how to activate their second tranche fund. It is also important to note that some participants already had a couple of random visits from GEM/PwC staff as well as requests for financial documentation even before and after these milestones were reached.

However, that has not materialised to anything meaningful, so much so that the second tranche that should have been due by August last year remains unpaid till date.

A letter was finally issued to the grantees in February by PWC/GEM saying KPMG (freshly introduced to evaluate the grantees) would be conducting a monitoring exercise from 19th of February to March 9th 2018 and that once visits were successful, they (KPMG) would also provide approval for the second tranche.

“Up till now, we have not seen a single person. GEM talked to us about doing the right thing but their practise has been distasteful at best and illegal at worst,” says a grantee.

The late grant funds meant these entrepreneurs were left to halt construction of facilities, incur demurrage on ordered items, delay fulfilment of customer orders to the point where they are facing litigation from disgruntled customers, laid off staff, forfeit purchased items at port. Some might have closed down operations for all we know.

Even after speaking with an official from the Office of the Vice President, the only notable feedback is that GEM is an independent project and AVDD cannot dictate to them. In his exact words, “The process in place is that set by the World Bank and AVDD cannot act on its own.”

For a long time, the nascent tech startup sector in Nigeria was overlooked in favour of other seemingly high growth sectors, most notably, oil and gas.

However, things seemed to be taking a turn for good when the federal government, through Vice President, Yemi Osinbajo, revealed plans to plant tech hubs across the nation, as part of their “change agenda” in 2017.

While the plans to replicate tech hubs across Nigeria is yet to fully materialise, AVDD came as more of a statement of intent and a restoration of faith among observers. Its impact no doubt could have resulted in many ways the creation of direct and indirect jobs — which would remove many Nigerians from abject poverty.

It goes without saying that ICT, like other high growth sectors, is a major vehicle to drive ongoing economic diversification programmes. So there are high chances that AVDD could have defined the pace in ICT entrepreneurship landscape in Nigeria in years to come. But we fear this might not be the case.

April 4th, 2018 will mark one year after the award signing ceremony. And if what we gather is anything to go by, the said date is also the expiration of the grantees contract agreement. Can we truly tell ourselves that something has been achieved within the time frame?

Also, it is even more baffling that GEM and PwC, despite their pedigree on the international stage, have not satisfactorily effected a World Bank grant of this magnitude. Instead, they seem to have watched passively as the full amount of $3 million (₦756.3 million) was being touted as money disbursed to grantees.

We suspect there is more to mismanagement of the funds than meets the eye and these entrepreneurs might as well be pawns in someone else’s game.