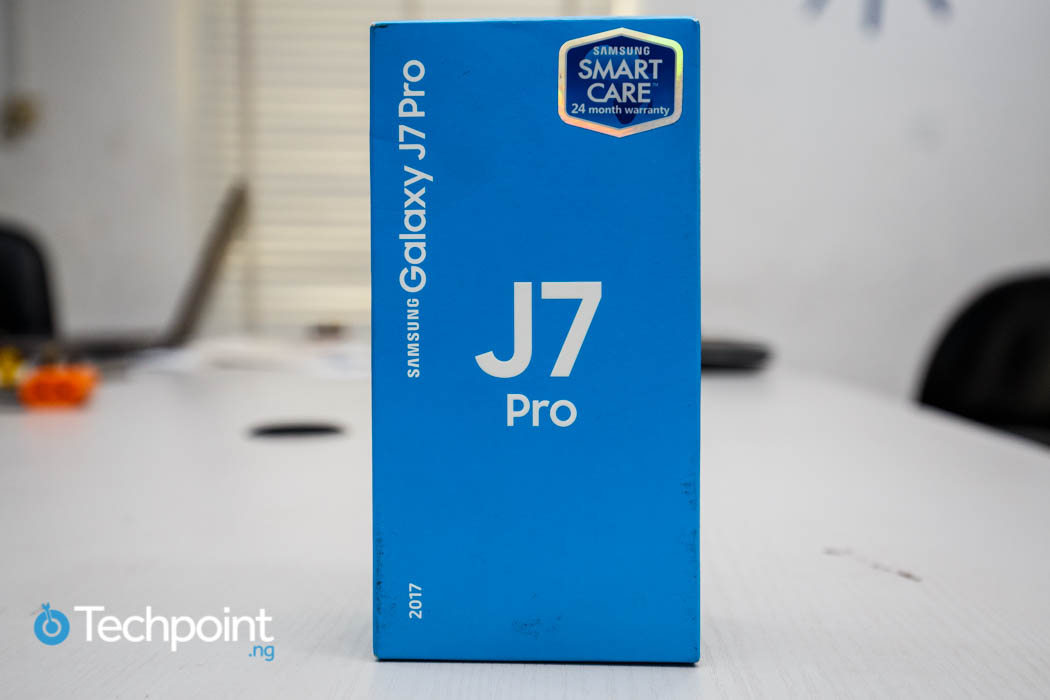 In July 2017, Samsung released the Pro version of its Galaxy J7. The Samsung Galaxy J7 Pro is a full-bodied aluminum smartphone.

Here is a pictorial review and first  impressions of the 3GB/32GB variety.

The Samsung Galaxy J7 Pro is in a blue rectangular cardboard box with safety warranty seals on both sides of its head.

A slide-out compartment inside the box houses the phone itself and other accessories.

Accessories inside slide-out compartment are the regular.

On the left side, there is a power button

The J7 Pro also spots another 13 MP shooter in front for selfies. This one is beside a flash and speaker grill.

Even though the two cameras are both the same megapixel, they are different.  The selfie camera has an aperture of f/1.9 and the back camera has f/1.7.

This means the back camera lens allows more lighting and therefore will expectedly shoot better images.

Under the phone, there’s a USB port and microphone for calls

The Samsung Galaxy J7 Pro is an eye candy that is lightweight and sleek.

Even though bezels take up a lot of its 5.5-inch screen, there’s still sufficient  screen space to use.

Because of size, the home button in front that also doubles as a fingerprint scanner is easily accessible.

Though the price point may be an issue, but looking at the specs, this is no budget phone.

At first encounter, the J7 Pro looks like the compact smartphone to have.

From offline stores to e-commerce platforms there’s a whole range of prices for the Samsung Galaxy J7 Pro.