7 things you must know before buying the Nokia 2 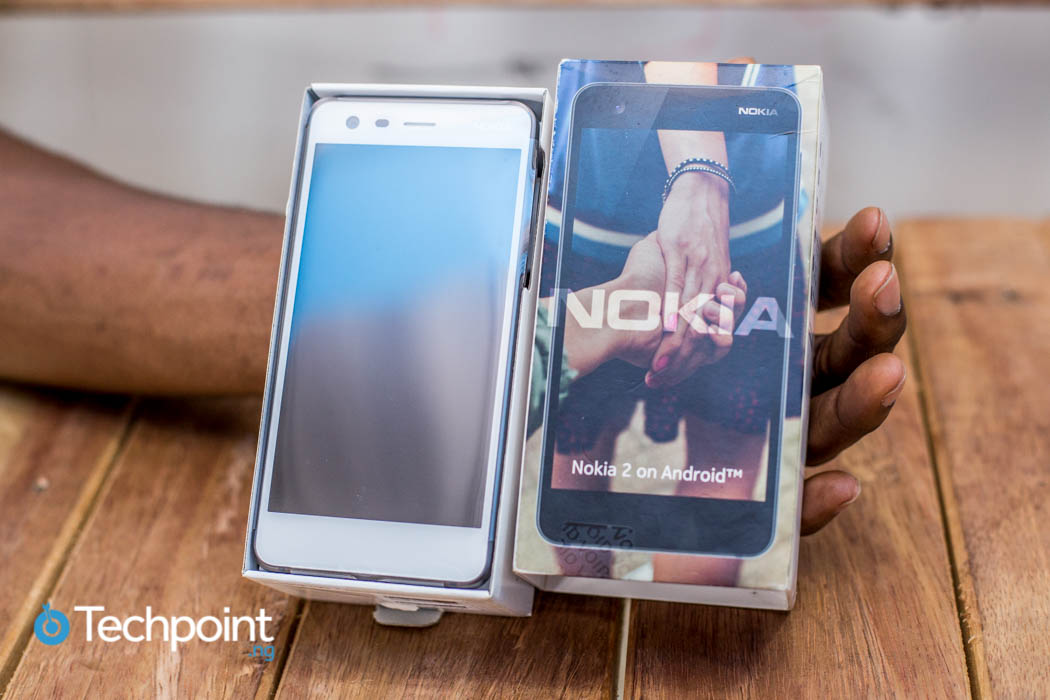 Nine days after I first laid hands on it in an unboxing, I still think the Nokia 2 is an amazing budget smartphone.

Cost effectiveness always has downsides, but they are not so much in this phone. If you must buy it, there are 7 important things I think you should know about the Nokia 2.

The body on the Nokia 2 appeals to aesthetic sensibilities. There’s an intentional feel to the curves and placements on this one that howbeit somehow slippery is still very comfortable in the hand.

There are phones you pick up and want to hold for a long time, the Nokia 2 is one.

In unboxing the Nokia 2, I said it was lightweight and that was a hurried conclusion.

With its 5 inch display, the Nokia 2 is a small device and is expected to be lightweight. But it clocked in at 162 grams.

It is not exactly weighty like a gold brick, but it sure is one of the heaviest 5-inch smartphones around.

Many smartphones with this dimensions weigh way less than the Nokia 2.

On closer examination, its 4,100 mAh battery is most likely the source of this weight.

The thing that literally weighs this phone down is its biggest strengths; ironic.

The battery on the Nokia 2 is one of the biggest and most consistent on a budget smartphone in recent times.

Even before the Nokia 3310 became a battery sensation, Nokia has always been known for enduring batteries so this does not come as a surprise.

In performing a battery use test for the Nokia 2, it was really hard trying to run the battery down.

With consistent gaming, display brightness turned up, radio on loudspeakers and intermittent internet usage it took 7 hours and 53 minutes to run through 70% of total  battery power.

However with moderate use, it consistently lasted for more than 24 hours and even went up to 2 days without internet.

On the downside, charging the battery from 0 to 100% takes slightly above 4 hours and even 4 hours and 30 minutes in some cases. One more thing I noticed during the battery test was that battery on the Nokia 2 heats up considerably when seriously taxed.

With a 5 inch LED and 720 by 1280p display, the Nokia 2 is not the best smartphone to watch movies on. Untrue colours render any video experience dull and sleepy.

Also, while running a battery test, I played multiple games and even in portrait mode, the experience wasn’t all that enjoyable. It may be because I have big hands, or the 5-inch screen is just small.

For their specifications both cameras on the Nokia 2 were surprisingly good; way above average. Regardless, pictures had an annoying grainy feel to them, and except shot under direct light weren’t well lit.

A mug directly under a lightbulb

I also discovered you could increase the amount of light by slightly sliding a finger up the screen. Not sure why this is a thing, but it worked.

Same mug with the lightbulb switched off

A busy road illuminated by the sun

Sitting with Titi directly under a lightbulb

If the camera is angled properly, flash on the Nokia 2 can provide much needed lighting for pictures.

Minimal lighting accentuated by the flash

But all the pictures did turn out well.

With the new range of Nokia Android smartphones, the good people at HMD kept stressing ‘pure android’. I finally saw first hand what this meant.

The Nokia 2 is free of bloatware and other regular OEM proprietary software. Considering the memory space these unnecessary software consume and the inconvenience they present on the menu icon tray, their absence here is a big relief.

It is said to get monthly security patches in form of OTA updates. I have gotten 2 of these updates so far.

The Nokia 2 is also probably the only budget smartphone running Android 7.11 straight out of the box.

This is probably the pointer that makes other seeming downsides tolerable. Officially, the Nokia 2 is listed at ₦32,000 but market research shows an oscillation between ₦32,000 to a ₦33,000 high in online and offline stores.

But I am sure you can buy one for ₦32,000 on Jumia and approximately $98 on Amazon if you’re outside Nigeria.

At this price, you can forgive a budget phone running the latest version of android anything.