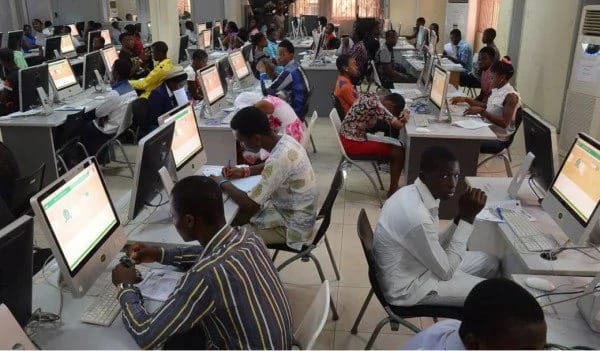 On a radio show, a spokesperson for the Joint Admission Matriculation Board (JAMB) said students may soon be able to write UTME at home.

Stating the current challenges faced by more than 1.4 million candidates each year in various CBT centres, Fabian disclosed that JAMB intends to allow students take the UTME from anywhere in the country. This is expected to reduce congestions in CBT centres.

He also said JAMB leverages technology to detect malpractice even after exams. This he claimed is the reason for the delay in results as critical preview is done on the results before release to avoid errors.

However, JAMB’s transition from paper based tests (PBT) to computer based test (CBT) has received several criticisms and commendations.  And some of the former may have influenced the intended creation of flexible UTME exam modes.