Global LinkUP: There is a new tech soccer referee in the Premier League 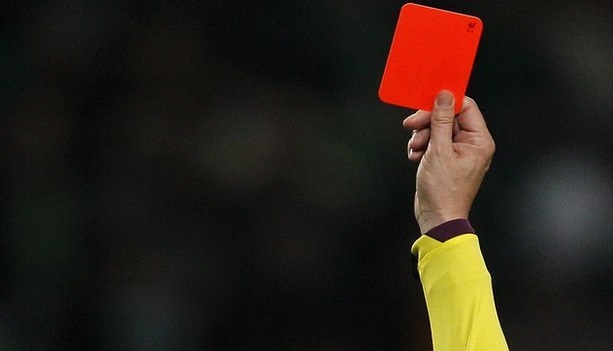 There was a lot of beautiful and cutting edge technology on display at the Consumer Electronic Show(CES) in Las Vegas this week. Here are 16 pictures of cool tech and 10 exciting new products.

But in other news, there’s a new tech referee in the Premier League and a whole dizzying load of stuff in the world of cryptocurrencies. Read on to find out more.

The chips are stacking

Remember the Spectre and Meltdown vulnerability from last week?

Intel CEO, Brian Kraznich, addressed it in an opening keynote address at the Consumer Electronics Show(CES), but Slate reports he didn’t apologize for the flaw in every computer in the world. Considering that Brian already knew and didn’t say anything, he should really have said a big sorry,

But regardless of this scandal rocking the chips world, all the big chip boys from Qualcomm, Nividia, Intel, AMD and Advanced Micro Devices all made impressive outings at the CES. Fortune has more on this.

On Sunday, SkySports reported that a Video Assistant Referee(VAR) will debut in Monday’s FA Cup clash between Brighton and Crystal Palace and it did.

VARs reviews the head coach’s decisions using video footage and a headset for communication. They are still on trial and have not been standardized.

The match ended 2 goals to 1 in favour of Brighton and bumped them into a steady place on the FA cup. However, the Irish Times says the video referee did not have to do much during the match.

Terrible start to a first day at work for the new referee.

According to Techcrunch, Telegram is launching its own cryptocurrency, the Telegram Open Network(TON) with a multi-billion dollar initial coin offering(ICO).

With KodakCoin, a cryprocurrency for photographers, Kodak has also joined the cryptocurrency train. The Verge reports that the digital currency will help photographers receive payment and sell work on a secure platform.

Meanwhile, Bloomberg says cryptocurrencies from bitcoin to lite coin and etherum are selling out fast thereby triggering a price slump as regulators around the world are trying to bring sanity to the market.

In other news, Chief executive at JP Morgan Chase,Jamie Dimon, says he regrets calling bitcoin a fraud. Will investor extraordinaire and world’s fourth richest man, Warren Buffet, regret his own comments in the future?

On Tuesday, an Apple store in Zurich Switzerland was evacuated after an iPhone’s battery exploded. Reuters reports that the repairmen working on the phone was injured.

The next day, firefighters were reportedly called to an Apple store in Valencia, Spain where another iPhone battery exploded.

Meanwhile a top-ranking US senator has some questions for Apple still on the battery issue. An opinion piece on Bloomberg sees an opportunity for Apple in this battery scandal.