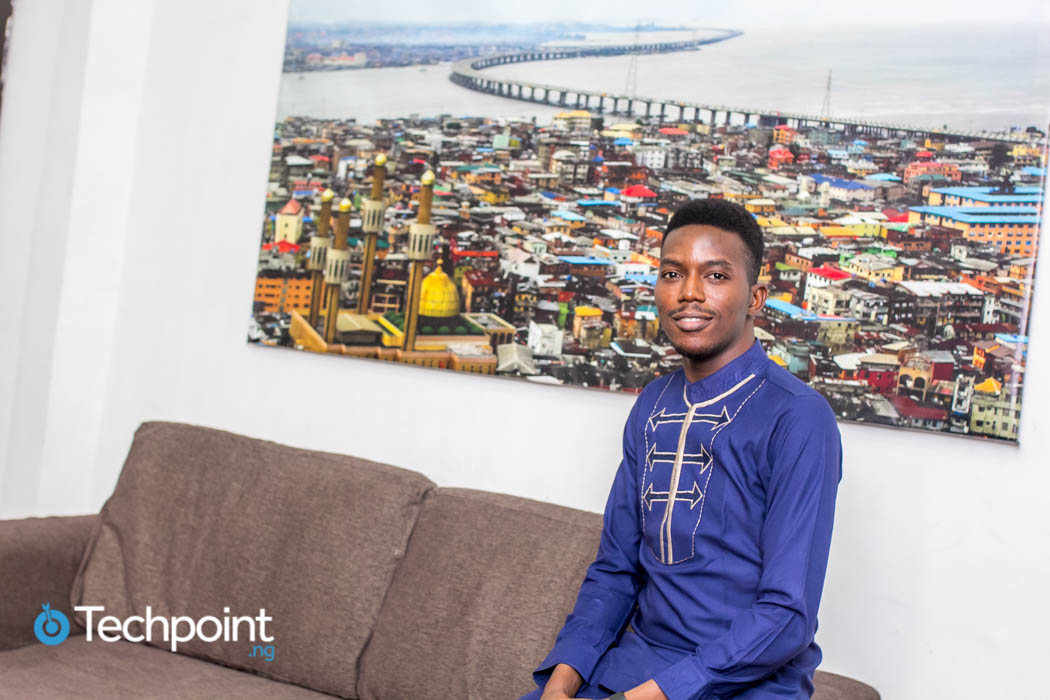 For someone who used to evade school as a young secondary school student to spend time at cybercafés, Neo Ighodaro, a programmer, graphic designer, the CEO of Creativity Kills, CTO of Hotels.ng and co-founder Laravel Nigeria, sure did grow into a fine IT professional.

Clearly skilled at juggling many hats and with his strong determination, Neo turned the challenges he faced as a young child into building blocks for a successful career in IT. In this interesting chat we had at the Hotels.ng office in Yaba, Neo shares the story of his rocky path to programming, his experience as both an employee and employer and other insightful thoughts.

Onyinye Uche of Techpoint(OU): Tell us a bit about your educational background and your role here

Neo Ighodaro(NI): I studied Mathematics and economics at the University of Benin and I have been programming for about 13 years. I run the tech team here — my job role is to consolidate the business and the tech aspect. I am that middleman between the programmers and the business people that work to ensure that they all understand each other. I also have to make certain tech-related decisions that impact the business.

OU: How did you get into programming and design?

NI: I used to be very little in secondary school and the grownups in my class bullied me a lot. I couldn’t tell my parents because I felt it would only lead to more bullying. So I started going to cybercafés because I didn’t feel safe in school anymore. Usually, I would just go there and chat with random strangers on Yahoo Messenger until I stumbled upon coding and started learning how to code.

Eventually, I got really passionate about it and I realised that I needed to learn design too — my website had to look good. So in secondary school, I was shuttling between design, coding, and school. Of course, my schoolwork was suffering — I was able to wriggle my way past school but it wasn’t easy at all.

OU: One would think you would opt for a degree in Computer Science instead. Did you continue coding at the university?

NI: I wanted to study Computer Science but my phobia for Physics led me to choose commercial subjects for my WAEC exams even though I ended up back in the sciences somehow. I had no intention of using my degree, it’s just one part of my life I completed for others.

I set up a web development agency called CreativityKills (CK) when I was 16. It was nothing serious at the time but it became a thing for me later. It was literally my income source in the university and I was learning how to do business and code at the same time.

After school, I decided to stay in Benin, mostly because it was quiet and I could work without disturbances and family pressure. I worked on several projects and one panned out. I developed a service for BlackBerry devices called Flash DP that allowed people create animated display pictures and people fell in love with it. I put ads on it and it generated about $37,000 throughout its lifetime. I invested that money in myself and I had more punch. I later hired a couple of people and we worked together.

OU: Many people typically start off as employees before going on to start their business. Why did you join Hotels.ng despite owning CK and how do you manage both?

NI: I needed to get a lot of experience. If you want to run a business you need to know what it is like out there and there are two ways to find out. You can either start and fail a lot of times or you can gain experience and not fail as much. I enjoy the culture here (at Hotels.ng) so I don’t really have any need to leave and I have just been gathering the experience.

I set CK up as an independent company that can run on its own. I like to see it as a virtual company that exists online even though I had to register it. So it has actually been easy to manage my company, I mainly make the decisions. However I am transitioning CK from being a commercial company to being a software as a service company, so we are actually building products that other companies can use.

OU: Will you say you have a work-life balance?

NI: It is hard to say because I think I have gotten used to my routine so that it now looks normal at this point, but I don’t think people live like this generally. On the days when I come to the office, I am here by 9 AM and I don’t get home until 8 or 9 PM. I have some other things I do on the side — I write articles for Pusher and I am an ambassador for AuthO, so some of these things creep up once in a while, but generally, I don’t go to bed until 2 AM, sometimes later.

OU: Apart from your cybercafe experience, were there people you looked up to or things that inspired you to tow this line?

NI: I don’t think that I had one thing that I looked up to. In my family, we are like a long line of artists so that in itself was a motivation to go into design and it has influenced a lot of the stuff I did.

I won’t say that there was one single person that I looked up to but generally every single story I heard inspired me. Till now, if hear tomorrow that one guy did one thing, I’d just wake up and try to do mine. So I keep telling people, “you are your biggest motivator”. No matter what someone else does, if you don’t look at it the right way you will never be impressed by it.

So I think every individual must learn how to wake up in the morning and see the bright side. It’s more about trying to set a new bar for yourself and taking it incrementally. Maybe I subconsciously had that when I was young, I don’t know but now I am consciously making these motivations every morning.

OU: What are your biggest failures if you have any?

NI: Obviously, there should have been times I have failed but I think the way I am set up, I don’t focus on failures too much — I just get the lessons and move ahead. But there was a period in my life when I felt like I failed my parents, that time when I was always skipping school.

It was a very dark period in my life, I felt like I couldn’t talk to anybody and it was depressing to disappoint them. But somehow I go to sleep and wake up and do exactly the same thing. Now I wouldn’t want to toot my horn too much, but it’s less of a disappointment because unlike before, my parents are now quick to show me off as a model to my siblings.

OU: What would you advise young people who are expected to stay in school even if they would rather explore other areas?

NI: Go to school. Because it is a very difficult situation and not everyone is built to handle all that pressure. So I’d say make your parents happy first, but try and make yourself happy too or you can’t make anyone else happy. So keep doing that thing you are passionate about on a low, just keep improving yourself and at some point, it will explode.

Parents should try and support their kids — if I notice one thing my child enjoys I’d ensure that they do it while going to school at the same time. Kids are defined by their experiences and the people around them. If you don’t have your family support, you need an extreme amount of motivation to make it in life.

OU: Your advice to young undergraduates and aspiring developers who are looking to achieve what you have?

NI: I believe everyone has to be the best they can be but not everybody will make it. I tell people this so that when you are faced with reality, that hunger will come out. Have a purpose — I think once you have established a purpose other parts will generally fall into place. Go into coding for whatever drives you — whether money or passion.

Take it one step at a time, familiarise yourself with people who are already in this field, attend meetups, get some tutorials, I am a big supporter of learning by practice; don’t think one video is going to teach you how to code. The idea is to introduce you to the concept, how you use it is entirely dependent on you — so start one project.

You will get introduced to so many issues and when you finally face those pain points, you will never in your life forget how you did. So take that time and suffer. Once you learn one language, you are likely going to pick up the next easily.