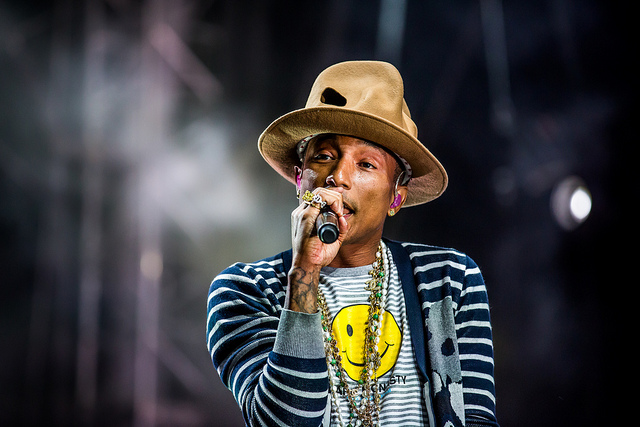 For the Global LinkUP this week, multi award winning singer and producer Pharrell Williams now works for a startup, and Amazon is rethinking ecommerce as we know it.

Pharrel Williams and the startup life

Joining the likes of JayZ, Will.I.am and Dr. Dre, multi award winning singer and producer Pharrel Williams will be joining a startup. Roli, a London-based startup that makes a new style of keyboard, and other music creation instruments and tools that work by touch and sound has announced Pharrel will come on board as Chief Creative Officer. He will also take undisclosed amount of shares in the startup.

According to Techcrunch, founder of Roli confirmed that Pharrel’s role does not translate to a desk job as the producer will be more on the consulting and collaborative side of the table.

According to the LA Times, three engineers are suing Uber for alleged sex and racial discrimination. Ingrid Avendano, Roxana del Toro Lopez and Ana Medina say they are being compensated less because of their race and sex.

The lawsuit, states that “In this system, female employees and employees of color are systematically undervalued compared to their male and white or Asian American peers.”

One of the plaintiffs still works at Uber while the other two engineers have left. This is the latest in a string of discrimination charges against the ride sharing startup.

Customers can now buy Amazon products  from a real brick and mortar store. Department store chain Kohl is collaborating with the ecommerce giant to sell its smart-home devices in 10 of Kohl’s physical store.

Time reports that this partnership is beneficial because Amazon gets to sell its devices that makes it easier for their customers to shop online and Kohl gets more of Amazon’s customer’s in-store.

After purchasing Whole foods, this move is the latest in a line of Amazon’s move to dominate ecommerce in a non-traditional way; with brick and mortar stores.