Social Media Roundup: Keeping up with the Nigerian government 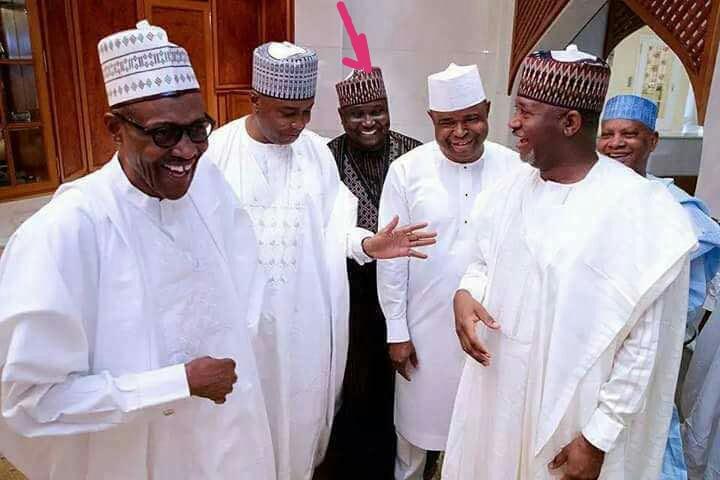 On this week’s episode of drama in the Nigerian government; the drama surrounding Abdulrasheed Maina’s reinstatement, where is Maina?, Presidency blames the past administration and finally fires Maina, Aisha Buhari’s police issued cars and more.

This week, Abdulrasheed Maina– ex-Chairman of the Presidential Task Force on Pension Reforms & wanted by EFCC for fraud–was reinstated into the civil service. So far, the current and past administration are throwing blames around and speculations have circulated social media since the news broke.

But I have questions though.
How did Maina get into the country?
Who reinstated & promoted him?
Would PDP really risk that? To what end?

If GMB wasn’t aware of the circumvention of the law by the AGF/MOJ to reinstate Maina, the AGF would have been fired immediately.

Buhari: I don't know where Maina is
Me: look at your back pic.twitter.com/EjUaaBohPs

Following outcry by Nigerians especially on social media, President Muhammadu Buhari ordered the immediate sack of Maina and demanded a probe of his recall.

I think d masses have a little voice afterall…sack is nt enuff tho
PROSECUTE THE MF..

This week also, Senator Isa Misau accused Ibrahim Idris, the Inspector General of Police (IGP) of illegally buying two jeeps for the wife of the President, Aisha Buhari. The first lady and the IGP have since made public statements debunking the Senator’s allegations. Nigerians weighed in on social media:

Before elections : There won't be office of the first lady. We won't waste our resources

So Aisha Buhari allegedly got two SUVs as a gift from the Inspector General of Police for her private engagement. Okay.

The Senator has allegedly denied making any allegations against the first lady.

I love how things are playing out now. PMB has been DEMYSTIFIED, sadly. PDP is COMATOSE & USELESS. APC is a MADHOUSE. 2019 will be lit.

After Maina embezzled funds, he thinks he will av peace. The ghost of the pensioners who died waiting for their money will not let him rest😒

Last night, The Nation & Punch reported that Saraki, Dogara were barred from entering Aso Rock.
But Buhari's New media shared a picture to counter the report.

Is there more to the news?
Can the 2 media houses be totally wrong? pic.twitter.com/d5h0edVx8Q

They later went back. Kai

While we are trying to keep up with the Nigerian government’s plenty drama, here are other interesting topics on social media this week.

This year’s edition of The Best FIFA Football Awards held on October 23 in London. The award ceremony has several highlights; Christaino Ronaldo won the men’s award for the fourth time in five years, Idris Elba’s world-best selfie and more.

From Cristiano Ronaldo, Lieke Mertens, Zinedine Zidane, here are all the major winners from the 2017 FIFA #TheBest Awards. pic.twitter.com/CKqgpD2Rxi

Football fans in Nigerians joined in using the hashtag #TheBest.

Your manager would never
Mine his Zidane, he would! #TheBestFIFA pic.twitter.com/CQPpRaxCBC

As you can see… I spend Arab money, I smell Arab money and my suit got it own chains shining, I'm just here for the jollof rice anyways pic.twitter.com/jsO9sdJqWN

Idris Elba: The host with the most

The host of the ceremony, Idris Elba thrilled attendees with his charm.

His famous selfie with the world best 11 footballers trended on social media even after the award ceremony.

Who will break it to these Nigerians that believe Idris is Nigerian?

I'm so glad to have a Nigeria host the #TheBestFIFA awards. Proud of Idris Elbahttps://t.co/hDqJqcRml9

I'm so glad to have a Nigeria host the #TheBestFIFA awards. Proud of Idris Elbahttps://t.co/hDqJqcRml9

Just after Ronaldo and messi comes wizkid and davido argument in nigeria.

This week, prospective corp members took to social media to express the frustrations during the NYSC online registration.

Nigeria is synonymous with stress. Ordinary NYSC registration is taking a whole day just to open the browser

@nysc_ng Why is your portal having issues uploading…you can't handle a Website, how will you handle prospective Corp members RT #nysc2017

There were a few funny tweets too

After the many issues of the NYSC website, prospective corp members have been able to complete their registrations.

Best we’ve ever had?

This week, popular and often underrated Nigerian musician, Brymo shared his strong opinion on his postion in the Nigerian music industry. Check out the tweet below.

I am the best thing to ever happen to the Nigerian music industry, and I will not let you wait till I die before you accept it…

Brymo is truly the best

I'm not a Nigerian but Brymo should be treated as a legend. True talent and isn't scared to sing in his local dialect.

Way to go brymo. You rock !

Brymo is a unique musician, amazing even, but the best? Really?

You dey try. You're unique but definitely not the best. Self glorification shouldn't be your thing.

Bros u no be any influence on any Nigerian music, we like u song but there are other ppl who has influenced Nigerians better with their song

My mom likes ur music but I'll pretend u were high wen u wrote this.

a legend. Trust, we're listening&are aware of your genius but this statement right here? It does nothing for your rep or talent. Please. 5

@viclotana go and sit down one corner jare…. your stuffs are gud..but dont be acting all super great

You make great music bro, but let the people decide or voice this out, it shouldn't be coming from you, keep doing what you do.

Big mistake man. You're good but you dnt have to show pride. They will drag u for this lol