5 things we learned at the Interswitch Connect 2017 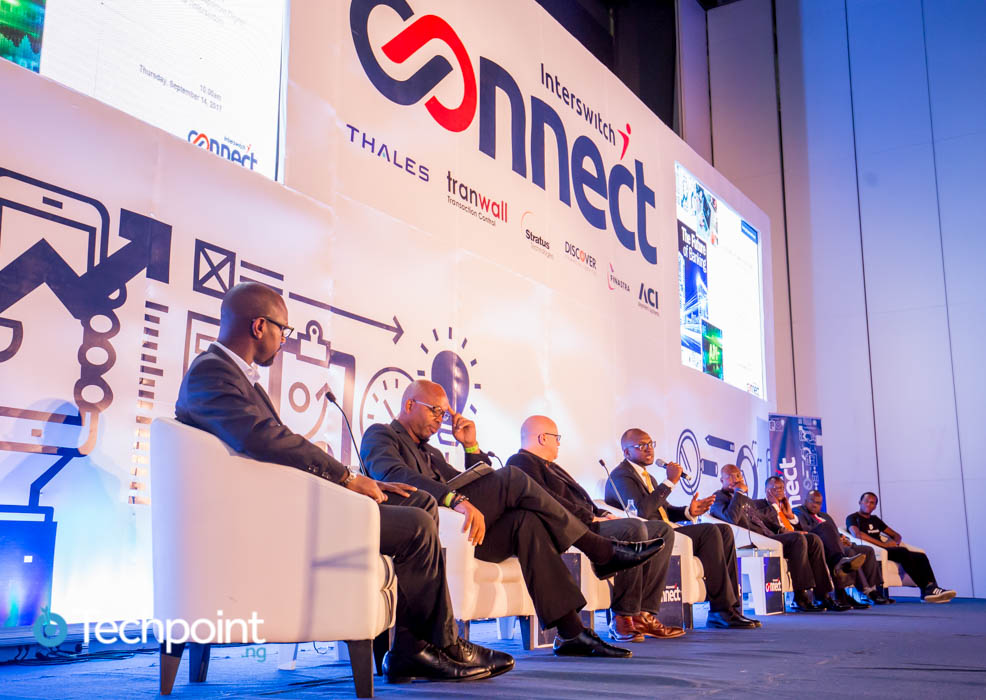 On the 14th and 15th of September, stakeholders and experts in the digital financial ecosystem gathered to discuss, debate and evaluate the future of transactions in Nigeria at the Interswitch Connect 2017.

Banks, telcos, and fintech companies were duly represented on balanced discussion tables. Shola Akinlade of Paystack and Uzoma Dozie of Diamond Bank Plc and keynote speaker, Brett King — author and fintech afficianado –were among some of the heavyweight speakers.

Cross section of panelists at the Interswitch Connect 2017

The event saw networking, exhibition and the conference proper, but the panel sessions were loaded and here are a few takeaways on innovation and fintech.

AI and robots will take over the world

During his keynote address, Brett King said there was going to be more robots than humans by the year 2035.

"By 2035, there will be more robots on the planet than humans" -Keynote Speaker @BrettKing #interswitchconnect pic.twitter.com/3n1kEwogb8

According to Brett, this is because AI is growing in leaps and steady gaining relevance on a global scale.

Before the panel sessions commenced, keynote speaker Brett King who is CEO of Moven a digital bank in the USA dropped a bomb. According to Mr. King, in 8 years, the biggest financial institution in the world will not be a bank.

"By 2025, the biggest financial institution in the world won't be a bank" – @BrettKing #interswitchconnect

In his own word, this will be primarily because every industry in the world will be disrupted technologically.

"Every major industry will be led by a technology company in the next ten years". –@BrettKing #interswitchconnect

Fintech will not kill banks

Even if banks were phased out on a global scale, someone did not think fintech companies in Nigeria will be culpable. Shola Akinlade CEO of Paystack who was seated on a panel titled “Banking/Payment Fintech: Building the bank of the future– Facts, fads and fiction” did not agree.

The moderator of the panel wanted to know if fintech will kill banks, Shola did not think so.

On whether fintech will kill banks…

"We will live together in peace.The right solution is partnership" – @shollsman#interswitchconnect

He believes that a mutual ecosystem and partnership will make for peaceful coexistence of banks and fintech startups.

The Central Bank of Nigeria is catching up

Nigeria’s apex bank has always been perceived as rigid and technologically unyielding, but if what Musa Itopa — a representative of the Central Bank of Nigeria(CBN) — says is anything to go by, then things are changing for the better.

Musa admitted the CBN did not always have a grip on technological innovations but were constantly working to innovate at appreciable levels.

He admitted the CBN needed technology now more than ever.

Payments technology is not Nigeria’s problem

After the first day of the Interswitch Connect 2017 event, Techpoint talked to Mitchell Elegbe, the MD of Interswitch who had some very interesting things to say.

When Techpoint asked about payments penetration in Nigeria, Mitchell agrees we are behind, but not for the perceived reasons.

We are behind in terms of payments penetration and this is not because the technology is absent, financial inclusiveness is generally low. The number of the populace using mobile payments are still very low.

In December 2016, CBN reportedly said 40% of the Nigerian populace do not have bank accounts and the Interswitch boss compared this dismal number to the number of people who cannot access mobile payments.