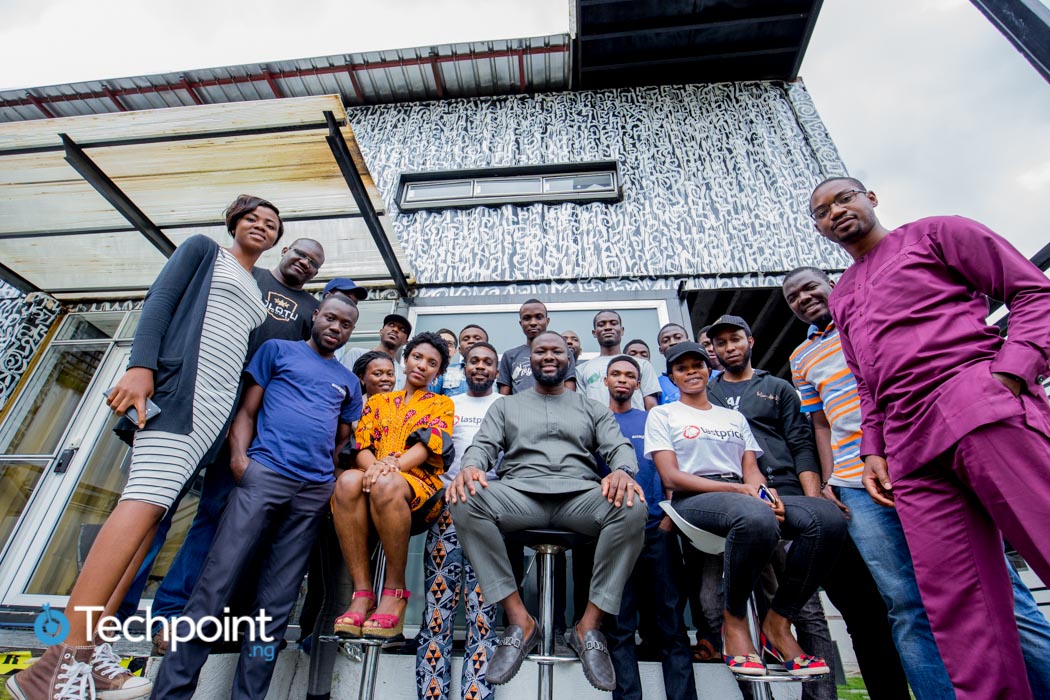 You will recall that Ventures Platform rounded off its inaugural hybrid incubation programme with 6 startups graduating from that cohort. No sooner had it ended than they were back on the hunt for new startups to enlist in their second cohort.

Tons of applications were received from startups across different industries and by the end of the selection process, another 6 startups made their way to the second cohort.

Compared to their predecessors, the new Ventures Platform cohort is more experienced and yearning to take on the Nigerian market. Techpoint was on a courtesy trip to Abuja to meet these startups and here are our thoughts on them.

Formerly Studacom.ng and then HostelsVilla, MyPadi, which plays in the real estate space — albeit for students and corp members — has gone through a tough transitioning trying to figure out a name that best sells its product.

The urgency to quickly iterate the product echoes how MyPadi’s market is actually growing with no specific geographical boundaries. Students are everywhere across Nigeria and many of them find themselves in need of accommodation, especially in the first year. If executed properly, MyPadi could just be sitting on a pool of wealth and structured (student) data.

The startup nurses an ambition of becoming a Unicorn, so it might quickly need to expand beyond the Northern part of Nigeria where it has most of its customer inventory.

Before Ventures Platform came along, Merijn, Niyi, Simi and the rest of the Accounteer team only had an eye for the global market. Hence, the startup launched in Belgium and, until May 2017 had roughly 3000 customers spread across 52 countries.

However, with no Nigerian customer base, Accounteer risked losing out on the local market; where 90% of businesses are SMEs that could use good accounting software to manage their finances and bookkeeping records.

Within just two months of incorporating in Nigeria, Accounteer saw a glimpse of what the local market could offer as 3500 customers were added to its database. While such a feat would no doubt give the startup a boost to push for more market penetration, its immediate concern will be how to find a competitive edge over the numerous players already offering accounting solutions to SMEs.

For Accounteer, it may just come down to the affordability and simplicity of the platform and the other services they offer.

It just so happens that farming is one of few occupations many would run away from and, for the folks at Thrive Agric, this must be a difficult truth to accept. However, food production and consumption remain as vital to the economy as it can get. So this probably explains why Thrive Agric is willing to bet on more people turning “corporate farmers” with time.

Having sold out its first 210 hectares of farmland (which is equivalent to say, 210 times the size of a football field) to various corporate farmers across the country, Thrive Agric hopes that the trend continues.

If anything, Thrive Agric couldn’t have found a better time to play in the agro sector, as Nigeria is yet to fully utilise the over 80 million hectares of arable land it is blessed with. The potential for earning massive revenue in this space is no doubt massive.

Following a difficult pilot phase, the founders of VIVAxD decided it was best to leave Cameroon for a more favourable market. They deemed Nigeria a perfect place.

VIVAxD is an in-transit entertainment platform which allows passengers stream an unlimited amount of video on their mobile device — without the internet — via a fun box placed somewhere in vehicle.

The Cameroonian market is nothing like the Nigerian market, as VIVAxD is beginning to learn quite quickly. There’s much traffic between different points in congested cities like Lagos for instance, there are more vehicles on the road and, compared to Cameroon, an interstate journey is longer (lasting between 3 to 13 hours depending on travel destination).

While this offers a goldmine of opportunity through advertisement on surface value, it also presents a great potential pitfall in the sense that the same market can be unforgiving if VIVAxD fails to live up to expectations by delivering valuable content. Again, there’s the problem of mass producing the VIVAxD boxes, which can be quite costly.

There can be no doubt that VIVAxD would be one of VP’s biggest bets, but the team (made up of 3 Cameroonians and 1 American) would have to show they can scale the odds.

LastPrice forays into the difficult Nigerian online eCommerce sector, but will be on its way to becoming one of — if not — the most patronised platforms for clothing if it eventually cracks it.

Lastprice, which pivoted from Okirikah.com since joining Ventures Platform, targets the underserved (low income and unemployed) class of the Nigerian population.

For a relatively new startup trying to achieve big things, that could be key to unlocking its market; seeing that a number of players already in this space focus on premium and, sometimes imported items of clothing. Although it would seem like LastPrice is trading quality for quantity, the strategy is to recycle quality textile materials, making them affordable for their target market.

How difficult can it be for Gerocare in the health sector considering that its subscription-based medical service targets the elderly/ageing population?

Of a total market population size of 186 million people, the elderly population in Nigeria is estimated at about 30 million — just 16% of the population. Gerocare hopes to capture the entire 16%, as is evident in the witty resolve to increase market penetration, growing from just two states (Port Harcourt and Bayelsa) to now unlocking about 26 states in Nigeria.

Nonetheless, Gerocare’s main market might just be outside of the shores of the country. The reason is that the startup preaches preventive care as opposed to curative care (highly favoured in Nigeria) and that may count for something in more advanced markets. The team has doctors 2 with over 30 years combined experience. With this possibility, it would be interesting to see how Gerocare commands its own fortune after the acceleration programme.

There’s no telling the future that awaits these startups after the acceleration programme. Nonetheless, the expectations are high. The reason is that Ventures Platform, which deserves enormous credit for identifying the need to give them the time and space to attune themselves to their market, has committed a cumulative $120,000 into these startups. That should count for something, I believe.

Come Friday, 15th of September 2017, these startups will be demoing their products to investors at the Ventures Platform Acceleration Demo Day 2 in Lagos. It will be interesting to observe their growth over the coming months.