The YouthMobile initiative wants to train developers in Abuja,100 at a time 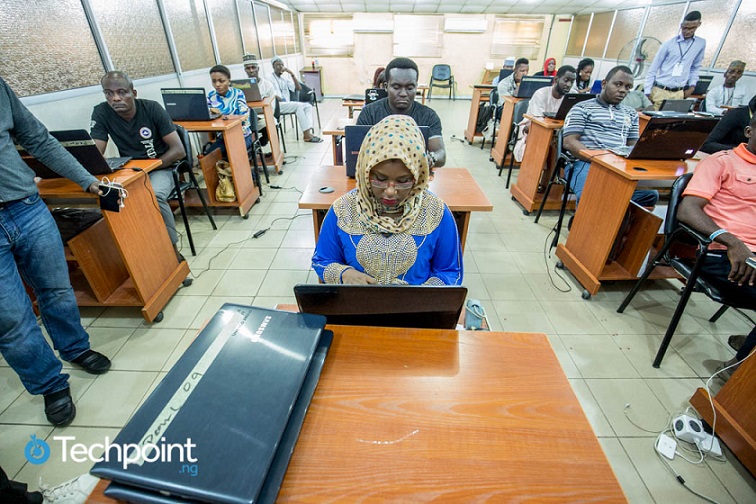 During a tour of Northern Nigeria last year, Techpoint came across a technology company making efforts to grow the pool of developers in Abuja. Pleased by the work they are doing, we went ahead and profiled them.

Their decision to identify with that niche market isn’t coincidental, as it was apparent Abuja had a shortage of developers. One year later, this problem is still existent. Recently, we observed a trend of developers migrating from Lagos to sojourn in this city.

Speaking from personal experience, Akindayo Akindolani, managing consultant for the McAnderson Associates says, “forget all that you hear, there are no core developers in Abuja. Some people still secure jobs in Abuja and take it to Lagos for the same reasons.”

The Federal Capital Territory (FCT) may likely go on to become a tech cluster to reckon with, considering its conducive environment that is fast drawing the attention of businesses to the city. But without having a community of developers who would build solutions for arising needs of these businesses, the dream of becoming a strong household for ICT innovation and intervention may just never materialise.

It is in this vein that Akindayo is working as a consultant with UNESCO and FCT to achieve the goal of YouthMobile in Abuja. Starting formally on the 17th of July 2017, the YouthMobile initiative is aimed at training people (particularly fresh university graduates) on how to develop mobile apps.

UNESCO believes that before 2030, Nigeria will have over billion mobile phone users who should all have mobile apps on their phones. But the big question is how would the FCT, a city without enough well-trained developers, contribute a significant quota towards building these apps?

Over the next 8 months, the YouthMobile initiative will train 400 developers in various computer languages. The programme will be rolled out in 4 separate batches after every 2 months, and each batch is expected to have 100 trainees.

The primary motivation for the trainees is particularly the learning part. “It could enhance their business prospect outside the program,” says Akindayo. Beyond that, however, this will surely keep the youths off the streets and engage their minds in a productive way.

The training facility courtesy of the FCT

The YouthMobile initiative may not be the best thing to happen to Abuja. But as far the developer community is concerned, it is a step in the right direction. In the coming months, we can expect to see more home-grown developers from Abuja.