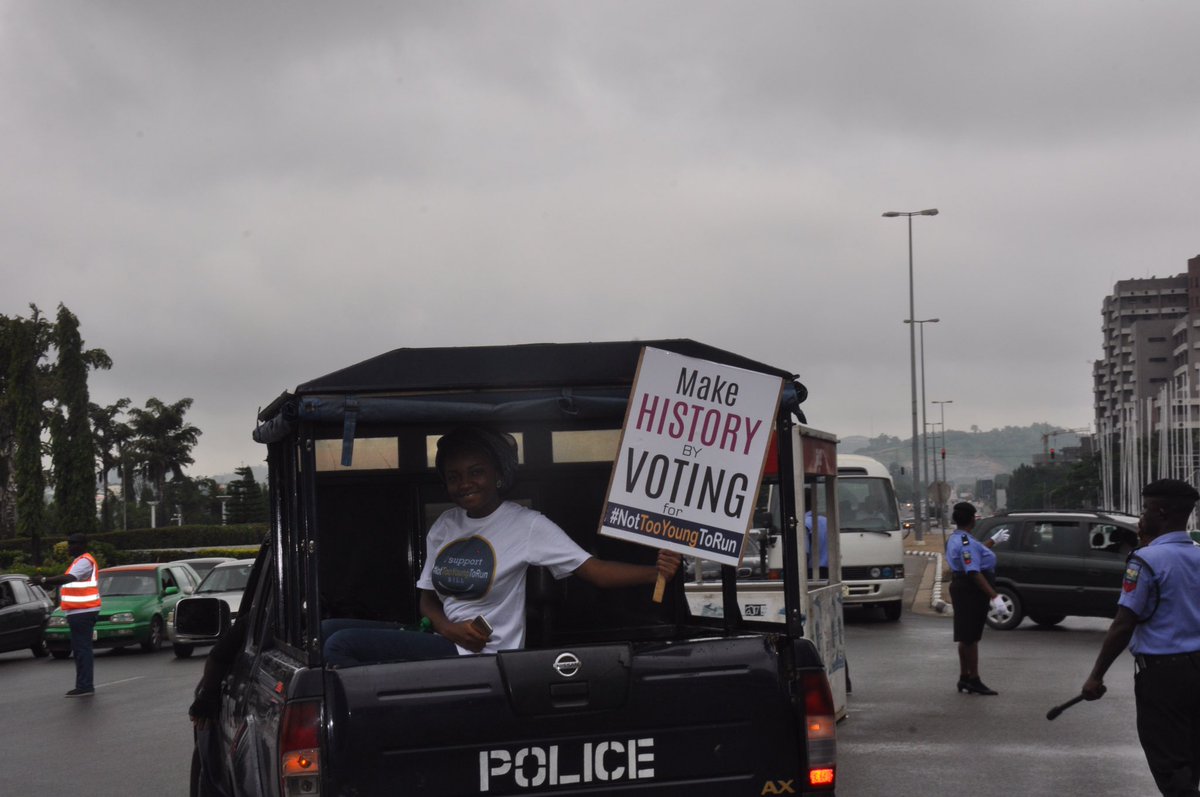 With the era of social media came online activism where citizens could speak out on injustice and social issues and call out their governments. In Nigeria, social media has played a huge role in calling for transparency in government and holding public servants accountable. From the #OccupyNigeria twitter trend to #BringBackOurGirls and now #NotTooYoungToRun, it is no wonder lawmakers moved to regulate social media activities.

The #NotTooYoungToRun campaign is a global trend that calls for youth inclusion and participation in elective offices. As the dominant demography, the Nigerian youths call for the reduction of the age required to contest for political office, using social media.

For decades, Nigeria has recycled its leaders and with strict age restrictions, the youths had no hope of ruling. Until the “age reduction for candidacy” bill.

With alleged removal of the bill in the final report to be considered for adoption by lawmakers last week, the #NotTooYoungToRun campaign became fiercer. Alongside the online protest, Nigerian youths staged an offline rally on Tuesday at the National assembly, calling for the adoption of the bill. On Wednesday, 25th of July, the Senate finally gave in and passed the bill.

The victory of the #NotTooYoungToRun campaign gathered a lot of reactions on social media, especially on Twitter. It was indeed a victory that will make it to Nigeria’s history books.

From the celebratory posts.

#NoTooYoungToRun
Congratulations to all young,vibrant and progressive youths.Wit independent candidacy, it is a double victory 4 democracy

Oh, and the conspiracy theories

With daddy/mummy's money and now age on their side, the elite children can comfortably take over from the parents. #NotTooYoungToRun 😂😂😂

Saraki approved #NotTooYoungToRun because of his son and you are here celebrating, who will buy you form and sponsor your campaign? pic.twitter.com/URVVXoLfM3

And threats for the aspiring looters

If you are advocating for not too young to run just to get there and steal money,Just know that you're #NotTooYoungToRun Mad too.

This person is just fed up with Nigeria

#NotTooYoungToRun away from Nigeria. Oti Sumi! 😪

There were jokes too, because what’s a serious issue without a funny angle?

Very soon Nigerian parents will start saying "look at you, your mates are senators" 😂😂😂#Notooyoungtorun

The impact of the #NotTooYoungToRun trend shows that Nigerian youths have found a voice on social media. And hopefully, come 2019, competent and qualified millennials will take over the reins of leadership from the present generation of leaders.