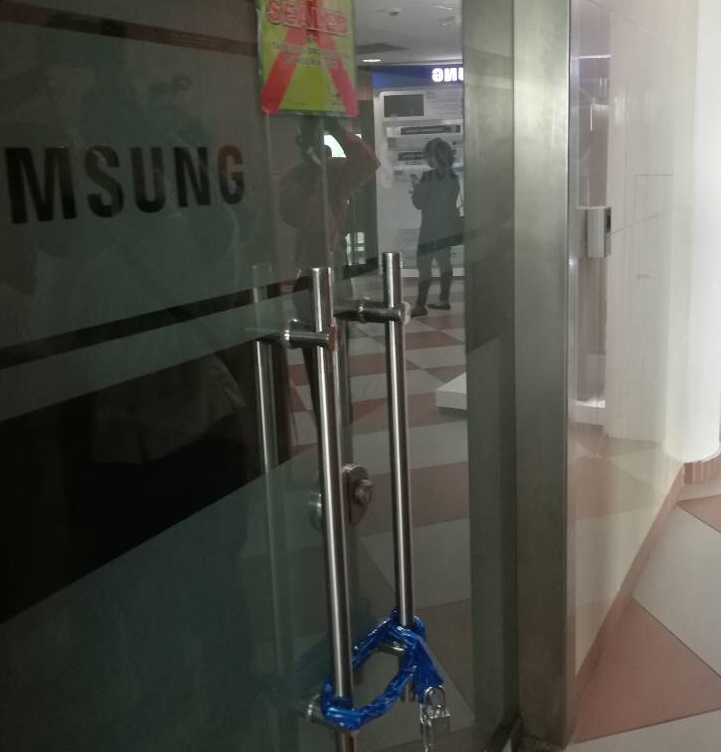 Yesterday, the Standards Organisation of Nigeria(SON) sealed premises of Samsung West Africa in Victoria Island for failure to register some of its products marketed in Nigeria.

A report on the organization’s website states that the exercise was in accordance with provisions of the SON Act 14, of 2015. The Act stipulates registration of every product imported into the country to easily track and confirm quality status.

According to SON Head of Product Registration, Enebi Onucheyo records with the Standards Organization of Nigeria(SON) show many unregistered Samsung products in Nigerian markets. He went on to say that the facility will be reopened immediately the company takes steps to register their products as required by law.

“We are in the era of ensuring ease of doing business in Nigeria albeit within the laws of the land” he said.

The report says representatives of the claim ignorance of the provisions of this act. A claim Enebi Onucheyo disagrees with.

Samsung Electronics West Africa has released a statement regarding the incidence.

We want to confirm that the office of Samsung Electronics West Africa in Lagos was yesterday besieged by the Standards Organization of Nigeria (SON). SON’s action was apparently due to a miscommunication between both parties regarding the registration of products in Nigeria. Samsung is working in collaboration with SON to reach an amicable resolution of the matter. Samsung also wishes to reiterate that it is a best practice company, with footprints in over 79 countries worldwide. As an ethical company, Samsung will not willfully disrespect the laws and regulations in countries where it operates.