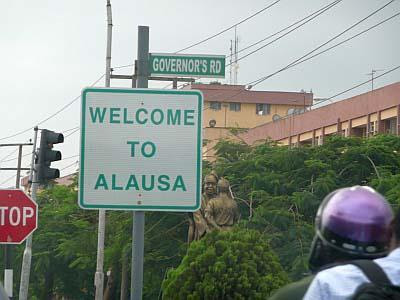 Last week Thursday, the Lagos state government unveiled a free public Wi-Fi at the Ndubuisi Kanu Park, located at Alausa. What this means is that those who decide to visit the location in question would have access to free internet services on their smartphones or laptops.

Notably, Lagos state on its part has earned a reputation for being one of the most peaceful states, attracting people from every corner of the country. The long-standing agenda to beautify Lagos, as a matter of fact, aligns with the use of parks to deploy the Wi-Fi service.

The website of the Lagos state Parks and Gardens Agency, LASPARK, reveals that over 327 parks and gardens have been maintained (and some established) since the agency took off operation in 2012.

With one down, there are 326 more to go. But even more compelling reasons for Lagos state government to be concerned about deploying this service quickly to other parts can be found in the recent upsurge in internet activity which has seen the birth of a functional ecosystem develop in Yaba — with other states moving as quickly as possible to build replica communities.

Also, asides maintaining an undisputed position as number one in active voice subscription, Lagos state is unrivalled in active internet subscription across Nigeria. However, this position was slightly threatened when it recorded a drop in the number of internet subscribers between Q1 and Q2 2016 before finally rising in Q3.

And for a state that isn’t insensitive to these developments, Governor Ambode himself recently proposed a ₦25 billion employment trust fund to support 700 SMEs in Lagos. Without a doubt, the internet is a fundamental aspect of any modern day activity. Easy accessibility could just come in handy for both aspiring entrepreneurs and Lagosians in general.

Also, the available statistics from the agency show that about 5,000 people visit both the Ndubisi Kanu and the Ministry of Environment Parks at Alausa, Ikeja weekly for different purposes. If monetised properly, Lagos state government could earn massive revenue. Not to mention the revenue that could be generated if the parks are localised in different regions.

Apparently, these are reasons why the need to move the service beyond Alausa is valid. Unless the present plan is to test infrastructure and quickly replicate it across other parks around Lagos, this noble course may not entirely be all that noble.

Nevertheless, for these efforts and much more, Lagos state for all we know is really pushing its luck towards actualising the smart city initiative.

In fact, other states across Nigeria could pick up cues from Lagos state so as to foster even development. Nigeria as a whole could just be better for it.