Quit being a dreamer: Discover the advantages of disadvantages 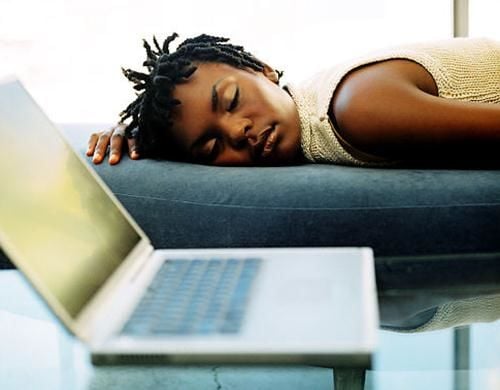 If you have a new idea, and it’s disruptive, and you are agreeable, then what are you going to do with it? If you are worried about hurting people’s feelings and disturbing the social structure, you are not going to put your ideas forward.

Innovators have to be open. They have to be able to imagine things that others cannot and be willing to challenge their own preconceptions. They also need to be conscientious.  An innovator who has brilliant ideas but lacks the discipline and persistence to carry them out is merely a dreamer.

A major challenge that prospective entrepreneurs face is waking up and facing reality. Having seven ideas for a startup is not the same as starting and having one successful startup. Growing up I always thought Nigerians were nothing but copycats. They only copy things they see others doing. In the streets I grew up, we had countless numbers of houses with little shops in front all selling ‘provisions’.

I later discovered this is because people find it easier to venture into doing what others are already successful at than starting out a new thing from the scratch and not knowing if it will succeed or fail. So, many save themselves the stress of being innovators. And continue in a particular trend already dominating, forgetting their dreams and ideas.

To be a successful entrepreneur or business person, you needs to be innovative, creative and unconventional.

Finding the advantages of disadvantages

The success stories of successful people such as Stephen Hawking, Ludwig Van Beethoven, Cohbams Asuquo, who are challenged in one way or the other, keeps us inspired about how it is possible for anyone to succeed irrespective of challenges.

Disability is just one of the many difficulties faced in life. Not everyone is physically impaired, but at many times, we all face difficulties and disadvantages, and this scares us from succeeding. But one thing that is often missed is the advantages of disadvantages.

The advantage that is embedded in disadvantages makes us see beyond the perplexing situation that we face, or think we might face. David Boies ‘headed the prosecution team accusing Microsoft of antitrust violations’ in the 1990s. He suffers from a disorder known as dyslexia, which involves difficulties in learning to read or interpret words, letters and other symbols.

Legal practitioners are one of the people who have to do a lot of reading. One would then wonder how such a person, who has difficulties with reading, became a legal practitioner and more so a highly successful one. One advantage to Dyslexia is that it doesn’t affect general intelligence. And Bowie focused on this advantage, using the one ability he has, ‘listening skill’. With this, he channels his mind to excel -advantages of disadvantages.

In facing difficulties, opposition, and challenges, battling with powers, constituted authority higher than us, we need to channel our minds to doing what many have termed as impossible, unreasonable, unconventional- finding the advantages of disadvantages. Starting out may be scary, but starting itself is overcoming the first difficulty.

“Society frowns on disagreeableness. As human beings, we are hardwired to seek the approval of those around us. Yet a radical and transformative thought goes nowhere without the willingness to challenge conventions”.

Indeed, ‘not all difficulties have a silver lining’, but many do, and we often do not see it, because we already labelled it as a disadvantage.

David and Goliath, a non-fictional novel by Malcolm Gladwell, gives several actual life instances of seeing the advantages in disadvantages, battling with giants and the limits of power. This novel comes highly recommended, and it challenges a number of reasoning, misconception and conventions that limit the mind.