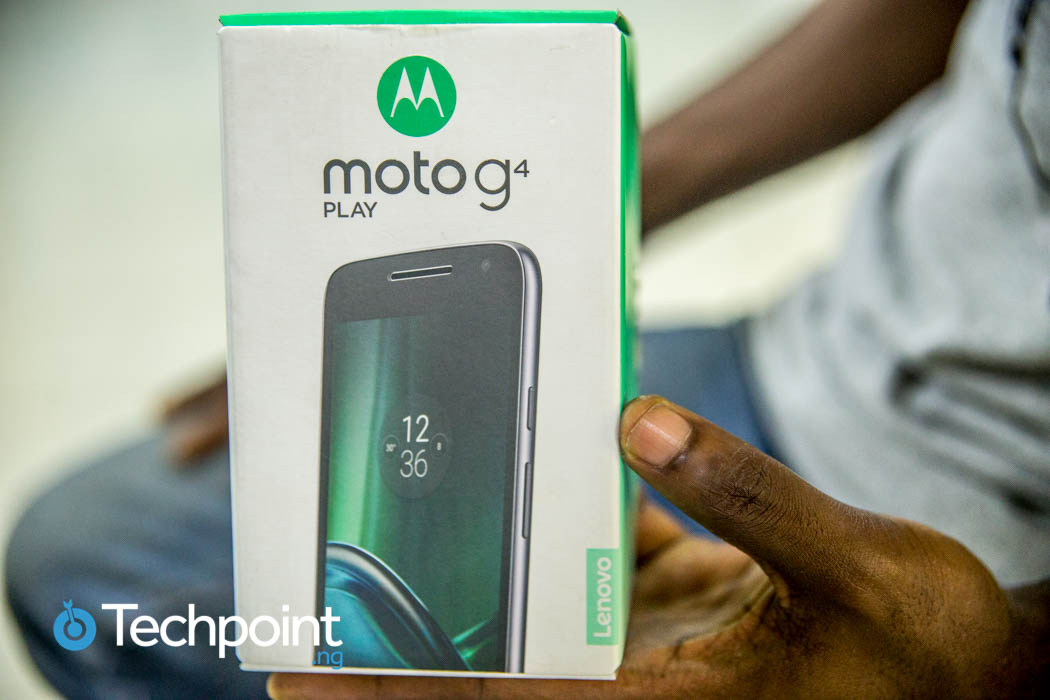 The Motorola Moto G4 Play was released in the fourth quarter of 2016 and has recently started selling in the [Nigerian] market for quite a while now. It looked like a good deal, so I decided to look at it. Here is an unboxing of the Moto G4 Play.

The box of the Motorola Moto G4 Play is a green and white colored affair.

The contents of the box are shockingly sparse, just a charger, one unit of the device and ja user manual.

A very stylish charger without a USB cord, (who does that?)

A nylon wrapping covers the screen of the Moto G4 Play,

Volume rockers and power buttons are on the right side of the device.

The headphone jack is on top of the device,

While the charging and USB port is at the bottom,

5MP camera and speaker grilles are at the top of the Moto G4 Play,

The 8MP secondary camera and LED Flash are at the back (as usual).

And a 2,800 mAh removable battery for juice,

The Motorola Moto G4 is a slick lightweight (obviously) mid range device with impressive specs. But will its performance be as slick as the body? Watch this space for a review in a few days.