10 Nigerians who are big shots in Silicon Valley 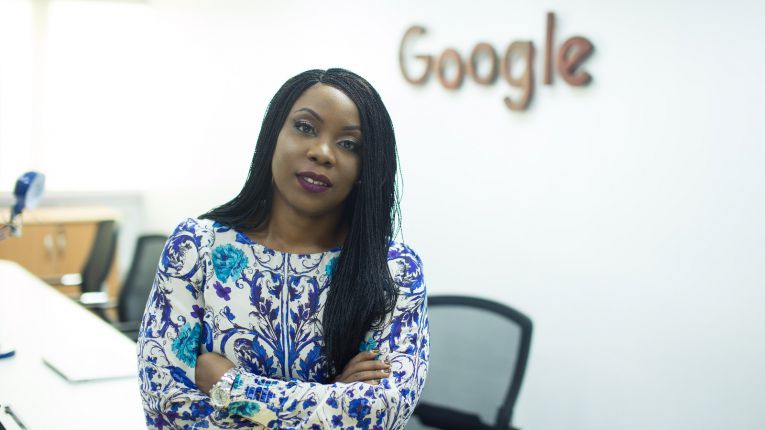 There is an unofficial saying that Nigerians are everywhere on the face of the earth, doing big things. Did you know there are Nigerians pulling major weight in major tech companies in Silicon Valley like Apple? Most people didn’t.

We took out time to make a list of Nigerians that have ingrained themselves in the Silicon Valley tech circuit through their positions.

He holds two degrees; a BSc in Architectural studies, and an MBA from the University of Illinois, Urbana-Champaign and Howard University respectively.

He studied Architecture at the University of Illinois and studied Marketing three years after at Howard. He has over 10 years of experience in designing and constructing innovative and collaborative tech office spaces.

Mojolaoluwa is a business strategy and development professional with over 11 years experience across various sectors including technology, finance, retail, media among others. She is currently the Industry Manager- eCommerce (Travel and Retail) and Finance at Google.

He and his team have worked on everything related to Facebook including the Messenger app. He played a significant role in Mark Zuckerberg’s visit to Nigeria.

Prior to joining Facebook, he was an Advanced Technology Business development Professional at IBM for a little over 3 years.

He is an alumnus of YALE University where he studied computer Science and electrical engineering and holds an MBA from the Stanford University of Business.

Nnamdi has been the Emerging markets Lead at Google since 2012. He started his career at Google in 2004 where he was a network engineer and has since climbed up the ladder to hold a lead position.

Nnamdi holds a degree in mechanical engineering from the University of Nigeria, Nsukka. He took a project management course at Stanford University and then proceeded to get an M.S in Telecommunications (minor computer science) from the California State University, East-bay.

Chukwuemeka Afigbo formerly worked at Google before joining Facebook. He worked at Google until 2015 before being replaced by Aniedi Udo-Obong. Emeka is the manager, Strategy Product Partnership focused on helping developers in Africa and the Middle-East succeed by leveraging Facebook’s platforms.

He was also instrumental in Mark Zuckerberg’s visit to Nigeria. He’s an alumnus of Command Secondary School, Abakaliki and the University of Nigeria, Nsukka where he studied Electronic Engineering.

Bayodele is the Product Manager- Chrome and Android at Google, North America. Prior to joining Google, Bayodele was the design, planning and optimization lead at Ericsson. He also previously worked at Celtel and Zain Nigeria and also at Huawei Technologies Nigeria.

He studied mechanical engineering at Obafemi Awolowo University. He holds an MBA, business administration and project management from the Manchester Business School.

She holds a BA and MA from Stanford University in Human Biology and sociology and an MA in Management from Columbia University.

Morin speaks 5 languages and has lived in three different continents. She joined Facebook when it was a small startup of 200 people.

Bunmi is the head of Brand, Reputation and Digital skills, sub-Saharan Africa at Google where she leads a team that drives the company’s effort to equip millions of SMEs with Digital skills for jobs and business growth.

She started her career at Google as the Head of SMB marketing, Google Nigeria. She is an alumnus of the University of Toronto where she majored in Psychology and Biology.

Yinka Somotun is the Senior Director, Global Procurement at Oracle. He leads a worldwide team of contract professionals in five international locations responsible for negotiating and managing Oracle’s procurement contracts.

He has a background in Law; a Bachelor’s degree and a Masters degree in Law from the Lagos State University and the University of Lagos respectively. He had previously played legal roles in Texaco and Chevron.

Olaoluwa Okelola is one of the few Nigerian-born software engineers at Facebook. Before he joined Facebook in 2007, he worked as an engineering intern at Google from May 2006 until August 2006 and prior to that, he was an intern at Microsoft.

Olaoluwa has a good relationship with Facebook CEO, Mark Zuckerberg.

The presence of these remarkable Nigerians calling shots in big tech companies in Silicon Valley is evidence that Nigerians are one smartest set of people on planet earth. However, Nigerians can do more to become more by chasing their dreams and aspiring to attain remarkable heights.

Do you know any other Nigerian who plays a lead role in Silicon Valley? Please let us know in the comments section below and we will update this list accordingly.

I am personally proud of U guyz.

Lol.. And then Buhari went to bring one malam from Saudi to head (and kill) NITDA.. And he’s actually killing it fast