The dysfunctional spark plug in FAAN 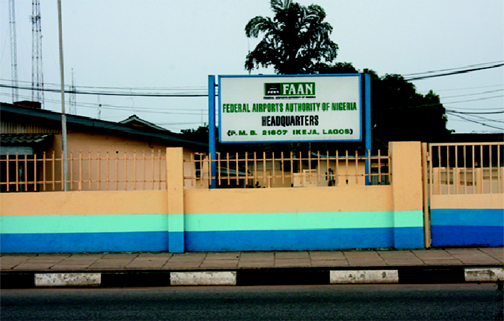 On the 11th of April 2017, there were reports that the headquarters of the Federal Airport Authority of Nigeria (FAAN) was gutted by fire and this led to the loss of sensitive documents in the audit and engineering department.

Many claims direct the fire to be a result of an electric spark in the corporate communications department while others claim the fire started in the audit department.

It should be noted that the Economic and Financial Crimes Commission (EFCC) stormed the FAAN headquarters on Monday the 10th of April 2017 for undisclosed reasons. It is also worthy of note that the audit department, which was presumed to be at the heart of the fire, is presently in the middle of a scandal which involved a level six officer, Christy Olabode, who was arrested for manipulating furniture allowances between 2013 and 2015.

The commissioner of police; Fatai Owoseni confirmed in an interview that the immediate cause of the fire is being investigated. Although finding the ties to a case like this may not be easy as it seems but hopefully, it gets unwrapped.

Even though there were no lives lost in the fire incident, sensitive files and equipment were lost at the scene; files and information that could help in the investigation of the earlier discussed scandal on ground.

Public offices in the country have always been known to operate solely on the records they keep on paper. Even though many offices are trying and stretching to go digital, manual ways of record keeping through paper documents are still their primary method of record keeping.

Go to hospitals owned by the government and you will see piles of paper everywhere, from the records office to the doctor’s offices and same is the case in other public offices that report to the federal government.

Why not Cloud Computing?

Cloud computing is a form of storage that is being used by companies around the world. It is a form of internet-based computing that provides shared computer processing resources.

Basically, cloud computing describes a means by which files and important documents can be stored online and can only be accessed by specific individuals who are relevant to the processing of the documents.

The federal government of the Nigeria should seek ways of ensuring reduced amount of paperwork in public offices. This will reduce the amount spent by government on the purchase of office stationery which cannot be accounted for at the end of the day. Connecting to cloud computing resources will also increase the amount of supervision and operations by individuals operating in public offices.

Corruption has been one great issue in the Nigerian society. Curbing this menace has been described as possibly the most impossible thing to achieve.

Enacting cloud computing the right way in the country will increase the agility from organizations and significantly increase the technological infrastructural resources of the country.

Storing up vital information about the operations of the country in very safe areas could just be a first step to solving the issue of corruption in Nigeria as there will be increased supervision over information that is going out and coming into the system.

The government should work towards investing in a data center that will be accessible to specific individuals in the country. This will be one of the many steps to increasing the technological advancement and efficiency in the Nigerian space.

In 2014, Doug Wolfe, a Central intelligence Agency (CIA) Veteran was able to create a cloud computing technology to help in storing up the information for the CIA. This would allow a more closed circuit of operations for the CIA and easier access to documents for processing. Doug Wolfe was later awarded the IT executive for the year 2014 by the government.

Sherill Nicely, Chief Information Security Officer of the CIA said that “Cloud has been a godsend for folks trying to implement systems quickly and for us to secure workloads better”

The United Kingdom is not left out of this development. In 2016 the UK ministry of defense moved from its security military network and went on to the cloud services that were owned by Microsoft.

Mark Neal, the MOD’s information systems and services director said among the improvements are better file sharing, choice of more than one browser, new laptop models, reducing the size and weight of devices, more regular password resets and access to more IT training.

Even though there are other steps being taken to improve the technological stand of Nigeria, the federal government should work towards improving on our methods of record keeping. Implementing cloud computing is a way of opening the country to a more effective and safe space for information sharing.