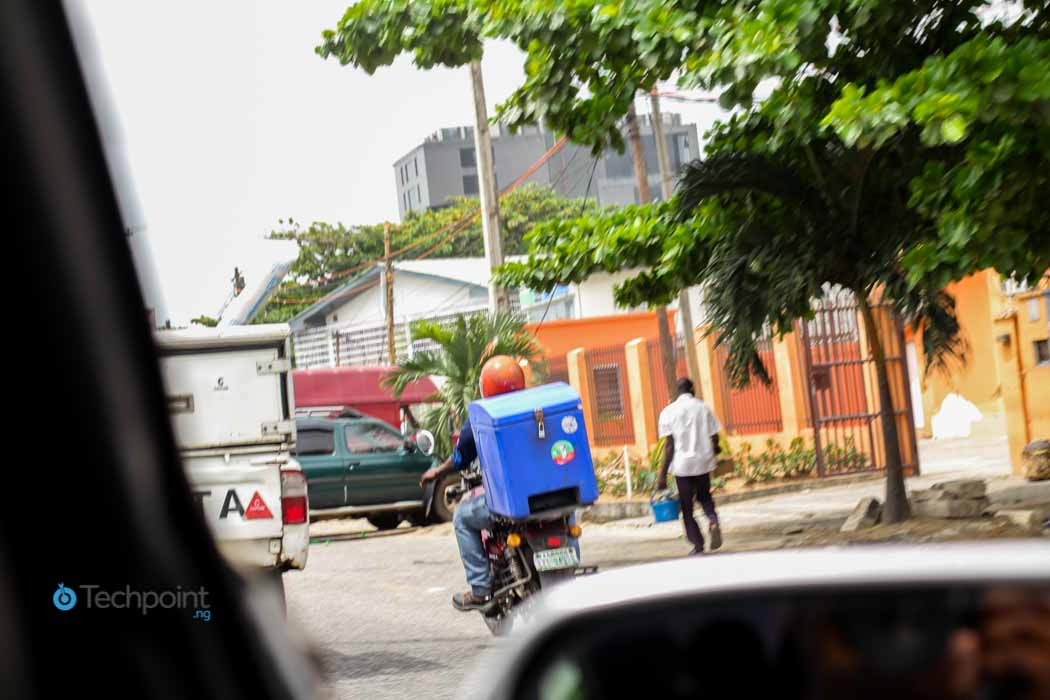 Reports surfacing online reveal that eCommerce giant, Jumia, lost of one its delivery men over an unfortunate incident in Port Harcourt, Rivers state.

The unfortunate news, which was reportedly broken by Blessing Olomu (Head of News of Cool FM, Nigeria Info FM and Wazobia FM, Port Harcourt ) via her Twitter account, reveals that the delivery man, who was last seen on Saturday, was murdered after he left his station to deliver items believed to be 2 iPhones and a motorbike.

He went missing on Saturday after he went to deliver 2 iPhones and a motor bike to a customer at the Ada George compound @TouchPH pic.twitter.com/aAjCdk5jxe

Neighbours soon noticed suspicious movement and notified SARS operatives, who immediately began investigation and then later recovered the body from a septic tank at Ada George compound within Port Harcourt.

3 suspects, a woman and two men, with possible connection with the the death of the delivery man have since been arrested by the security operatives over alleged murder.

Up till now, the name of the delivery man remains unknown, as we await more information on his personal details.

However, as anxiety heightens over what could have truly led to the unfortunate murder of the delivery man, there are security concerns regarding the safety of delivery men. In the coming days, one thing is certain, a statement would be expected of the eCommerce giant, particularly on its position in preventing future occurrence of incidents like this.

It is with saddened hearts that we announce the ongoing police investigation on the disappearance of a delivery associate of one of our partners which has been possibly linked to the recovery of a deceased body by police investigators.

The associate was employed by our third-party logistics partner in Port Harcourt, Rivers State. Jumia Nigeria’s regional management is working full time with the partner, the local police and the family of the associate to investigate the case.

While the full facts are yet to be known, the delivery associate was reported to have been last seen on Saturday during his delivery runs. We thus await the results of police investigation on the matter.

While we continue to hope for the best possible outcome, we ask that the general public joins us in upholding the family and the logistics partner with prayers and support during this sensitive and difficult time.

Delivery associates and logistic partners are an integral part of our ecommerce business. They are a hardworking force of dedicated men and women who go through rain, sun and tough terrain to deliver to our customers’ expectations. We condemn and stand against all forms of verbal or physical assault against them and regard security on the job of the utmost importance.

We acknowledge and appreciate the public support that has been shown to the family, our partner and Jumia. We ask that continued support and prayers be offered on behalf of the associate’s family during the ongoing investigation, even as we also respect their privacy at this time.

We have received an update to yesterday’s unfortunate news. The Nigerian Police in Port Harcourt has officially confirmed that the recovered body is that of the missing delivery associate, Mr. Chukwuma Eleje.

Mr. Eleje, was employed by one of Jumia’s third-party logistics partners in Port Harcourt, Rivers State since November, 2016. Prior to that he was a member of our owned hub in Port-Harcourt. Chukwuma was a hard-working and dedicated team member known for always giving his best to the job. He will be greatly missed.

Jumia’s regional management continues to work full time with our logistics partner to provide close support and assistance to Mr. Eleje’s family. Additional team members from our Lagos headquarters will be in Port Harcourt this week to support and offer additional solace to Mr. Eleje’s teammates. They will also take this opportunity to meet with our logistic partners to review their security guidelines and established safety measures.

We would like to reiterate that delivery associates and logistic partners are an integral part of our eCommerce business. They are a hardworking force of dedicated men and women who go through rain, sun and tough terrain to deliver to our customers’ expectations. We condemn and stand against all forms of verbal or physical assault against them and regard security on the job of the utmost importance.

We thank the public and business colleagues for all the support shown to the family and our logistic partner. We ask that continued support and prayers be offered on behalf of the associate’s family even as we continue to respect their privacy at this time.

May they receive the fortitude to bear this loss, and may the soul of the departed rest in peace.

Stop pay on delivery to some locations…. The delivery personnel should use their discretion, if you find a location too quiet or lonely or even suspicious, reschedule delivery for the nearest public location… The security situation in Nigeria keeps worsening, businesses need to re-strategize to reflect this reality. It’s sad, no one can bring back life once it’s taken away.

Prayers for the delivery man’s family and loved ones. May justice prevail and may those responsible get the deserved punishment.

Pay on delivery or not may not stop or prevent murder. Best bet is public delivery points. This is so disheartening, prayers for the family.

Its unfortunate. May the Lord comfort the family that the deceased left behind. For those still alive know that death is inevitable. It will surely happen to almost all one day. What we may not know is when and how it will happen. But the question is, when death comes will you be ready to face your creator in judgement. For its written, “For its appointed to men to die once but after this is judgement. There are 2 destinations after death. These are Heaven or Hell. Every human being will end up in either one of the 2. The only way to Heaven after death is to repent from your sins and accept Jesus Christ as your Lord and personal saviour. Its only through the death and resurrection of the Lord Jesus Christ that anyone can be sure of eternity in Heaven. Anyone who rejects Jesus Christ as Lord and saviour no matter how religious or good such person may be already condemns his/her self to hell for rejecting the only God ordained way to His Kingdom in Heaven.

Today is another opportunity for you to receive the free gift of God which is Jesus Christ.
If you need further assistant on how to begin your spiritual journey, feel free to contact me on 0805 612 6447 or call and Whatsup 0809 806 6835. E-mail: princeng1408@gmail.com or thelibertycentre@gmail.com