The Nigerian government launched an anti-flood app; we are not impressed 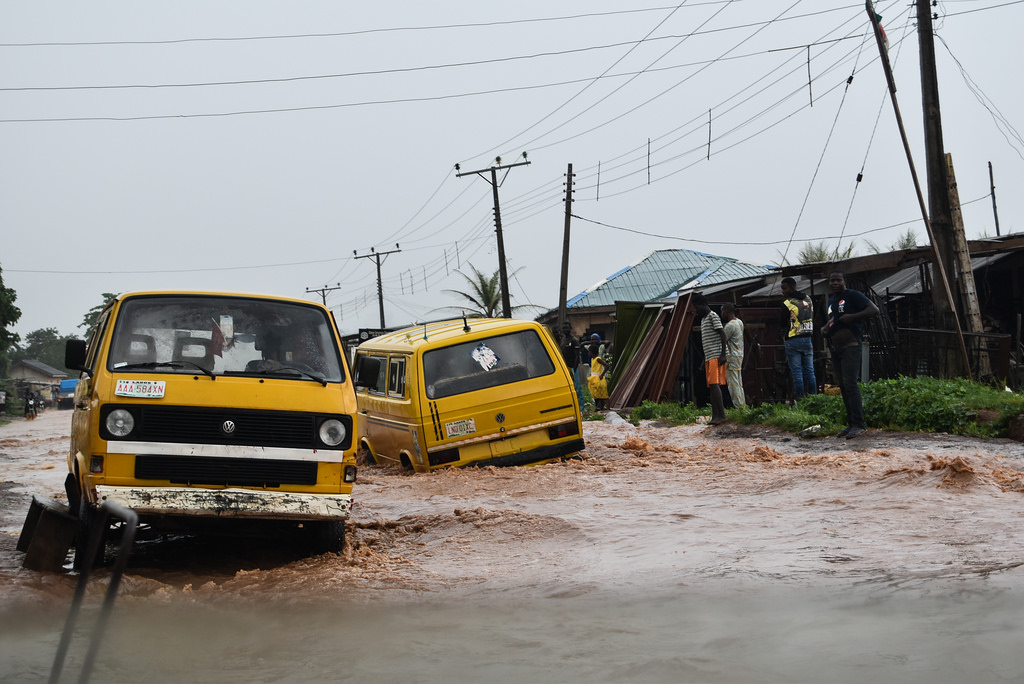 Recently, the Federal Government of Nigeria launched an app for flood forecasting along the Niger and Benue rivers. This was through a collaborative effort of the Ministry of Agricultural and Rural Development and the International Water Management Institute (IWMI).

The IWMI is a non-profit, scientific research organization with a mission to provide solutions to efficiently manage water and land resources for food, security, peoples livelihoods and the environment. The organization has its headquarters in Colombo, Sri-lanka.

The IWMI “Wetin app“allows the monitoring of the rivers and stream in the Niger-Benue river systems in Nigeria. it provides river height forecasts using upstream and downstream forecast from space borne radar altimetry and hydraulic modelling. The app also provides river water levels and also projected impact of climate change on water levels.

The 2012 floods were termed to be worst in 40 years for Nigeria, killing more than 300 individuals and leaving more than 2.1 million individuals displaced from their homes. In 2015, about 53 people lost their lives to the flood that occurred around the country which also left about 100,000 individuals homeless.

In the year after, Lekki Peninsula of Lagos state was also flooded for about two weeks, leading to loss of properties and also a lot of infrastructural damage to the area. The Federal Government has continually disbursed huge sums of money to provide relief items for the displaced individuals. In 2012, former president Goodluck Jonathan released about ₦19 billion. If this fund was invested in preventing the flood, there would be a better ending. Therefore, having a app that monitors flooding is actually as pertinent.

However, the app in its self is shoddy and ineffective at the moment. It is not worth celebrating.

The home screen is not expressive in relation to its use

The map automatically takes the user to Singapore — is it not supposed to be for Nigeria?

There is actually no river up for selection here

And that is all that there is to the app. After waiting on the above page for about 10 mins, there was still no river shown.

So the app is meant to predict the occurrence of the flood right? When the flood has been predicted (assuming the app is working)  does it mean that the residents  should relocate their homes or farms?

The issue of flood in the country does not have anything to do with the development of an app to predict its occurrence. Areas prone to flood should be cleared of residents, other areas that are not flood-prone should be turned into residential areas. Predicting a flood doesn’t change the outcome of the flood, not every individual may have the app. Lives and properties will still be lost.

Floods are not natural disasters, their occurrence is as a result of inadequate planning. Many areas in Nigeria are overpopulated and have little or no drainage along their roads or windbreakers. The government should target ways to prevent flood and not apps that can predict it.

Wow, it is wonderful to know about this IWMI WetIn app that the government created in the year 2017, but it is sad that the app is no longer on play store.

Techpoint.africa, permit me to introduce to you my project website: http://www.nigeriafloods.com with these active features:

B. Providing solutions and help to flooding.