Construction of Lagos-Ibadan rail line set to begin in February 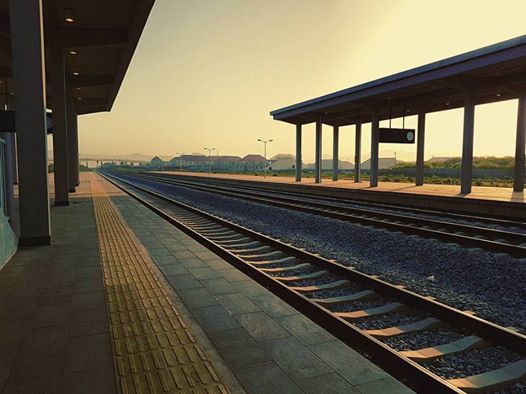 Trains were designed to carry heavy and bulky goods over long distances. Railway transport is not only the cheapest but also the safest and most dependable form of transportation. Many developed countries have keyed into the many advantages of railway transportation by providing functional and developed railway systems for its citizens and the Nigerian government does not want to be left out.

Just last year, Nigeria’s first high speed rail line began operations; it runs between Abuja and Kaduna. Over the weekend, the Federal Government announced the commencement of the Lagos-Ibadan railway project in February.

The contract for this project was signed and awarded to the China Civil Engineering Construction Corporation (CCECC), along side the Calabar-PortHarcourt and Kaduna-Kano rail lines. The Managing Director of the Nigerian Railway Corporation (NRC), Mr. Fidet Okheria, in an interview stated that the project would be funded by both the Nigerian and Chinese governments and that the Nigerian government’s portion of the funds have been made available. The NRC boss also stated that the project which is expected to be completed  in 18 months is the first phase of the Lagos- Kano rail line project.

The government’s efforts to revive the railway system in the country is commendable. The various rail projects to be undertaken by the government would help reduce the heavy traffic on Nigerian roads as they would provide alternate route of transportation.  It would also help create job opportunities for Nigerians (hopefully the government starts hiring Nigerians instead of foreigners).