Nigeria edging towards cashless economy with 62% increase in PoS usage 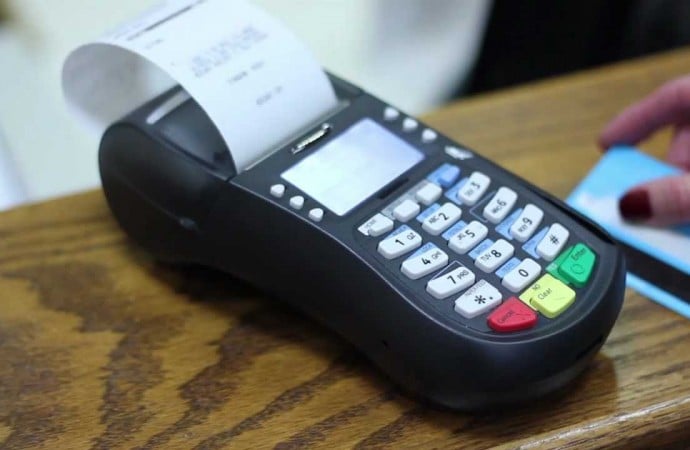 Editor’s note: The original headline, which read “Nigeria almost a cashless economy with increased PoS usage at 62%” has been changed to reflect the actual interpretation of the statistics.

The year 2016 spotted another milestone in Point of Sale (PoS) usage in Nigeria. According to a report by Nigeria Inter-Bank Settlement System (NIBSS), PoS usage based on transactions increased by 62% in 2016 compared to 33,720.93 transactions carried out in 2015.

It can be presumed that last year’s festivities had a considerable impact on the transactions carried out in November, 2016 via the PoS. 6976.52 transactions worth ₦81.146 billion was recorded in the month of November, 2016 alone. The increase in PoS usage and the volume of transactions done monthly reveals progress in the area of Nigeria becoming a more cashless economy.

Following the Central Bank of Nigeria’s (CBN) decision to deregulate the Merchant Service Charge (MSC) on electronic transactions, the e-payment space is definitely going to see some changes this year.

“With the introduction of the Cash-Less Nigeria Project and the release of the Guidelines on PoS Card Acceptance Services, the CBN outlined the Merchant Service Charge (MSC) and the modalities for its operation in the payments system. This had enhanced the issuance and utilisation of cards transaction in the country and brought structure to the compensatory mechanism for parties involved in the transaction.” – Dipo Fatokun, Director, Banking and Payment System Department (BPSD), CBN.

The CBN in November, 2016 released the policy that regulates PoS usage in Nigeria. The fee paid by merchants for payments customers make to them through PoS has been reviewed and will be effective from May 1st, 2017.  The policy is expected to resolve the limitations with the MSC regime and further help achieve the Payments System Vision 2020.

this is a very serious lie. we have not reached even 30% of POS usage in Lagos.

This articles says “increase in POS usage” over the previous year not in comparison with other transactions.

starting from filling stations to retail stores, how many Filling station Laqos use POS, go do that research and find out, its just like only 4%.

Interesting article and agree that the PoS volumes are high and growing year over year but without figures from other channels esp ATM difficult to set the PoS figures in the right context. I suspect what you may find is that ATM withdrawals have also gone up. So for instance NiBSS figures from Jan – Sep of 2016 show ATM volumes to be 414 million and value to 3.5 trillion naira for the same period.

Yes PoS transaction are going up but I dare say we are still a long way from going cash-less. You could also take a look at a recent UK report that shows ATM transaction were also up for 2016. So even in the UK, a more digitised economy it looks like cash is stil king! https://www.finextra.com/newsarticle/29950/christmas-brings-record-uk-atm-cash-withdrawal-figures