How e-fraud can be tackled to reduce losses in Nigeria 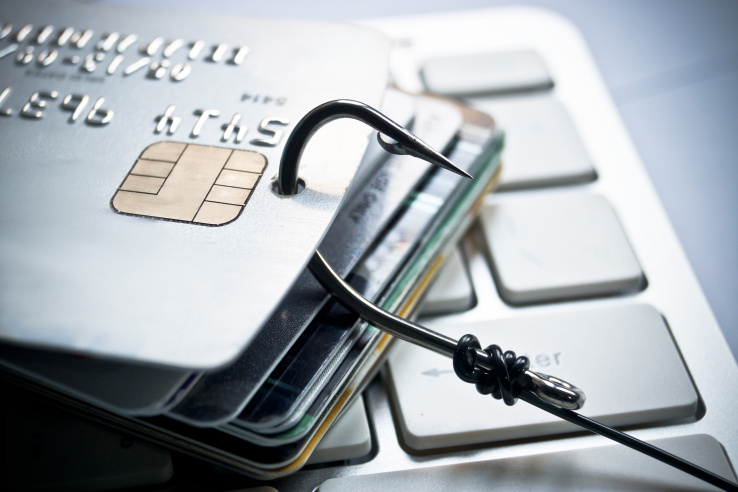 The emergence of electronic banking made it possible for people to conduct financial transactions online. However, like most good things, its abuse is almost inevitable. E-fraud is the apparent abuse of e-banking in Nigeria. The adoption of e-payment channels and the rapid evolution of the e-channel ecosystem increased the incidence of electronic fraud.

In a report released by the Nigerian Interbank Settlements System (NIBSS), over ₦4 billion was lost to cases of e-fraud in 2015. Similarly, data released recently by Nigeria Information Technology Development Agency (NITDA) suggests that there were 3,500 cyber-attacks with 70% success rate and a loss of $450 million in 2015.

As shocking as that may be, there is still a perception that the unreported cases surpass the reported cases of e-fraud perpetrated in the system. Over ₦30 trillion in transactions is reportedly carried out on different e-payment channels by businesses and individuals in the country, yet worries over cases of e-fraud remain on the increase.

In all of this, it appears the purported rise in e-fraud belies all efforts to nip it in the bud. There are certain initiatives on ground designed to eliminate the scourge of e-fraud but for some reason, they are not as effective as expected.

A review of trends across the globe indicate that e-fraud is still largely driven by domestic transactions. This drove the creation of an industry body (Electronic Payment Providers Association of Nigeria — E-PPAN), to handle e-fraud in the country.  However, the preference for a collaborative effort in combating e-fraud means a delay in implementation; since all its member organisations have to play a contributory part.

Likewise, the CBN set up the Nigeria Electronic Fraud Forum (NeFF) to enable information sharing and knowledge exchange among key stakeholders in order to find a proactive approach to limit e-fraud. Despite efforts to ensure that banks adopt global best practices such as the latest version of the Payment Card Industry Data Security Standard (PCIDSS) certification to mitigate the cyber threat to their systems, e-fraud continues to be a threat.

Another system that appeared could have worked is the Bank Verification Number (BVN). The idea is to use biometric information as a means of first identifying and verifying all individuals that have account(s) in any Nigerian bank and consequently, as a means of authenticating a customer’s identity at the point of transactions.

Meanwhile, an industry report obtained from NIBSS, revealed a total number of 86.5 million banks accounts opened by the government, corporate and individuals with various banks in the country. The latest figure as at January this year, puts the number of enrolled bank accounts for BVN further at 30.1 million. While this is just 34.7% of the total 86.5 million banks accounts, it also leaves the rest vulnerable to e-fraud.

Speaking at a conference on fraud, organised by the E-PPAN last year, the Director, Banking and Payments System Department of CBN, Mr. Dipo Fatokun, said the Inspector-General of Police had acceded to their request for a card fraud unit within the Nigerian Police Force (NPF). But considering that only 41 out of 1,461 reported cases of suspected e-fraudsters by the NIBSS last year were apprehended by the police, leaves little to be desired about such an initiative.

To this, there is a need for a watertight measure to nip e-fraud in the bud once and for all.

What can be done

Amaka Eze, noted  that “As the country integrates electronic payment system into its financial institution, the negative impact of cybercrime on businesses, and the absence of appropriate laws to guarantee the legality of online transactions, continue to create fear in the mind of users and potential online users.”

Evidently, there is a need to focus on effective ways to reduce or completely eradicate the incidence of e-fraud and cyber crime in Nigeria. One of which as highlighted in the comment above is to enact appropriate security laws and systems that guarantee the legality of online transactions. With such laws and systems in place, users and stakeholders can feel more secure about their online transactions.

The government is not also left out of it. They must be willing to invest in ICT training for security operatives. This will empower them with the right tools to be a step ahead of these perpetrators; who have constantly devised new ways of information theft.

It will always be a losing battle if security professionals are way behind the cyber criminals in terms of technological knowledge, computing skills and security expertise.

Like the saying goes, “We cannot fight today’s crime with yesterday’s technology.”

Once these are put in place, we are only a step away from winning the war against e-fraud.