The uprising of the Nigerian startup culture outside Lagos 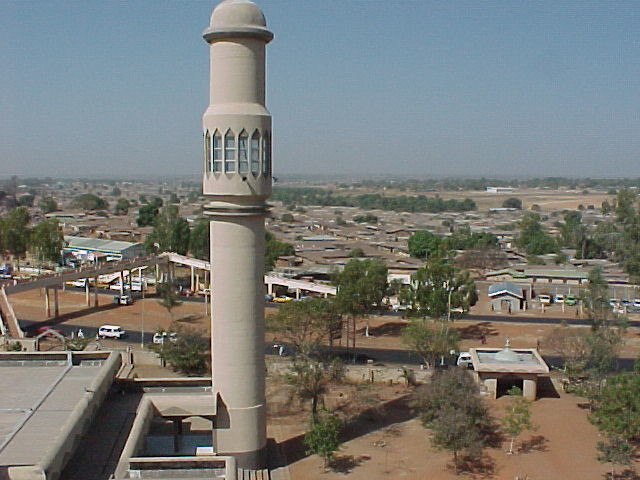 Many have questioned when Nigeria would finally grow to become driven by technology. The answer, a few years ago would have been “in hundred years”. However, with the recent tech evolution in all parts of the country, it is evident that Nigeria is becoming more technologically inclined.

The visits of Mark Zuckerberg and Y Combinator to Nigeria are a pointer to the quality of investments that the country can attract with technology advancement.

It is true that these visits are a validation of the budding tech ecosystem. However, some have argued that the visits shouldn’t be considered as an achievement. Any real effort to see Nigerian technology occupy a noteworthy position on the global map means that the startup culture has to grow quickly beyond Lagos, (which is quite pressing given that when Lagos is mentioned, we are actually just referencing Yaba).

Thankfully, this is already happening. In 2016 alone, there has been a great deal of effort geared towards creating awareness around the startup community in other parts of Nigeria.

Although StartUP Friday is an initiative by the government, through the OIIE, its role in creating a buzz around the startup community — which had largely remained in obscurity — within Abuja, the capital city of Nigeria is undeniable. Abuja is popular for government contracts as well as recreation but does not have a history of supporting innovation in technology.

This explains why Lagos was chosen over Abuja when the government wanted to set up the Information Technology Developers Entrepreneurship Accelerator (IDEA Hub) in 2013. However, the StartUP Friday initiative became an eye opener to the pool of talent and technology hubs in Abuja.

A cross-section of participants at the Kaduna Startup Weekend

For the first time in the history of Kaduna, the city hosted a hack series for digital entrepreneurs, developers, designers and startups with the aim of building and promoting the Kaduna startup community which was supposedly nonexistent.

And just recently the Kaduna state government, through the administration of Mallam Nasir El-Rufai, introduced Kad-step in order to facilitate job creation opportunity for the young and unemployed in Kaduna State. The programme is aimed at encouraging, funding and supporting aspiring entrepreneurial youth in Kaduna State to develop and execute Innovative Enterprises.

The programme is aimed at encouraging, funding and supporting aspiring entrepreneurial youth in Kaduna State to develop and execute Innovative Enterprises. With the combination of the government’s efforts with that of Samaila Goje and Yusuf Zakari, lots of innovative ideas, products and services are bound to come forth from the Northern region.

Not satisfied with its only visible shot at technology (the installation of timed traffic control system in some strategic positions of the metropolis by the Imo state government), Owerri is staging a laudable attempt at creating its own startup community with the Imo/Owerri Impact Day. The focus is on pushing innovative products from its young entrepreneurs to the limelight.

Uche Aniche — founder of VenueHero — has been clamouring for a startup community in the city of Port Harcourt for a while now. His relentless optimism eventually birthed the StartupSouth.

And there is Paul Adepoju who is quietly rallying support for a startup community in Ibadan; with his After5ive initiative.

The efforts to revolutionalise the startup community outside Lagos have been largely contributed by individuals. That they have done all of this without much support from the government is really commendable.

A “no” to the copy-and-paste model

It may be hard to predict the next major economic hub among the regions mentioned; however, it would be a grave mistake trying to model their startup community in the image of Yaba. Each region would do well to scale based on the peculiarities and nature of their regions.

Lagos tech ecosystem is deemed successful because it is a commercial hub. One of Africa’s most vibrant cities in fact. But the city is not without its own challenges. With population presently in excess of 18 million, Lagos is famous for traffic congestion. However, this has also provided a viable business opportunity for eHailing, logistics and delivery services among others.

Also, Lagos has an erratic power supply. Companies have to spend an enormous amount on fuel for an alternative, self-generated power. Again, startups like Grits Systems have leveraged this to deploy multi-source smart meters in the energy sector.

Without question, everywhere in Nigeria is in need of one kind of infrastructural improvement or the other. However, it would require these startups to identify problems specific to their region and build solutions that are tailored to tackle these problems.

Until recently when it started implementing proper town planning, Lagos had a planning problem. The same can be said of Port Harcourt, which is also infamous for traffic congestion. Perhaps, this is an opportunity for local e-hailing taxis to help decongest traffic within the city.

Imo, like most states in the South-eastern part of Nigeria, has infrastructures that are well laid out. However, there is a general negligence on the part of its citizens to implement a proper maintenance culture. This is perhaps the biggest cause of the breakdown in the already existing infrastructure in the state. A case in point is how most of the constructed roads in the south-east have degraded to a deplorable state. For startups to scale in this region this mindset has to change.

Oja-Oba and a couple of places in Ibadan are synonymous with issues of waste management and lack of access to clean water. This is one area startups springing up from Ibadan can actually take advantage of when it comes finding a lasting solution to these problems.

With other regions proactively creating engagement around technology, the country stands to benefit a lot. It’s even hard to begin to phantom the collective gain of these communities towards building not just the much sought after vibrant ecosystem, but also a vibrant economy — a timely one at that — to help remedy the tainting effect of the depleting oil resources on the economy.

The pervasiveness of technology in the nation has the potential of driving innovation in the area of entrepreneurship. Something which in the long run could help to cushion the effect of unemployment and likewise aid the fight against poverty.