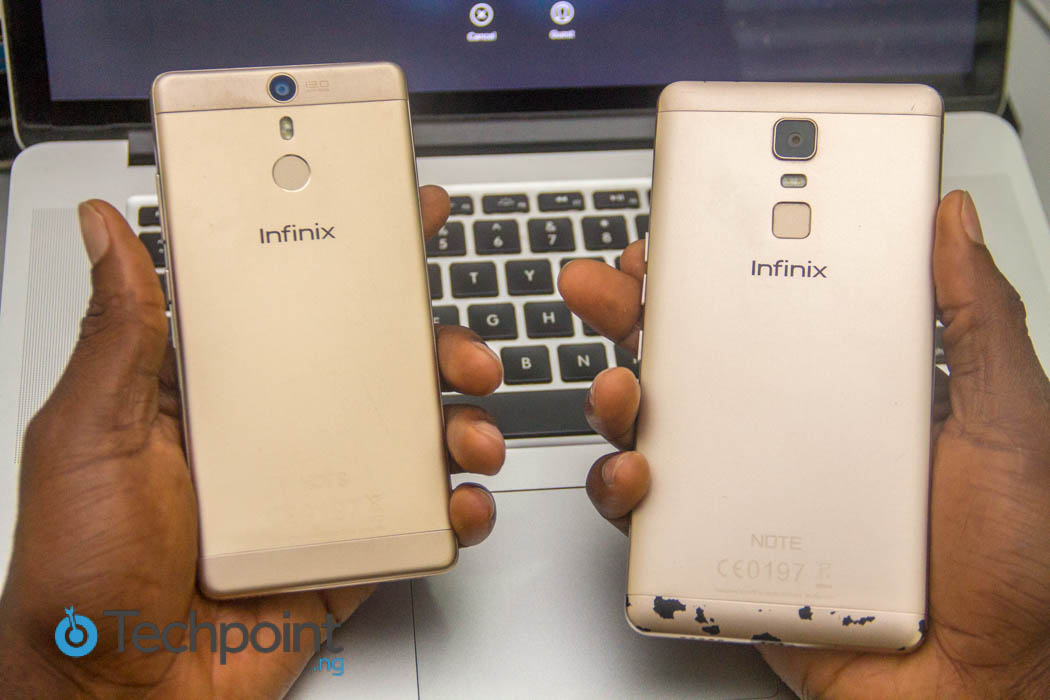 The Infinix Hot S and Infinix Note 3 are two of the newest devices on the stable of Infinix Mobility. They both have very similar specifications that make them perfect for side by side comparison.

Both run on Android 6.0 Marshmallow and have excellent camera, but regardless of the extensive battery power of the Infinix Note 3 and sleek fluidity of the Infinix Hot S, one of the devices is better in more areas than the other.

Due to popular demand, phone battles today is going to feature these two giants practically slugging it out.

Device lag is a serious problem with smartphones nowadays regardless of the sizes of their internal memory. The Infinix Note 3 and Infinix Hot S both run on 2GB internal memory, but one is faster than the other.

Both phones were painfully slow considering Android Marshmallow 6 and all.

Winner: The Infinix Hot S takes this round by nearly 9 seconds.

The two smartphones are beautiful in their gold coating and trimmings. They are both functional on different levels. And the fingerprint scanner behind the phones makes unlocking easy and convenient.

The Infinix Note 3 is heavy and awkward in handling, but as a phablet, it is great for typing and gaming especially in landscape mode.

The Infinix Hot S is light and nearly half the size and weight of the Note 3. It fits squarely into the pocket without creating a weighted bulge.

Winner: The light weighted sleekness of the Infinix Hot S earns an extra round and automatic lead for it in this round.

The 8MP secondary camera of the Infinix Hot S unbalances the competition over the Note 3’s 5MP. But remember I told you in the last phone battle that megapixel doesn’t have any correlation with great images, so let’s move forward.

Both pictures were shot under the haze of the sunlight

This one was shot in the yard away from direct sunlight.

The first selfie is indoor under optimal lighting conditions

Last picture in the series is a chess board in the kitchen with light streaming in from the blinds.

Winner: Light and clarity considered, the Infinix Hot S is the camera king and takes this round.

In the original review of the devices, battery tests were conducted and the same parameters will be used in this test.

In its review, the Infinix Hot S went from zero to full charge in 3 hours 23 minutes. When fully charged, the battery went flat in 6 hours 50 minutes.

Winner: With a bigger battery, the Infinix Note 3 juiced this round to victory.

Still using Jumia and SLOT as a reference point, Infinix Hot S currently retails for ₦52,000 on both platforms.

Winner: Pocket friendliness as a determinant, the Infinix Hot S knocks the Note 3 out of the ring.

Even though they are on the same specifications range, their edges smoothen the competition; the Infinix Note 3’s battery over the Infinix Hot S’ secondary camera advantage.

The Infinix Hot S is clearly the winner in this comparison bout by 3 rounds to 1.