The mouthwatering investment that could make or break ToLet.com.ng 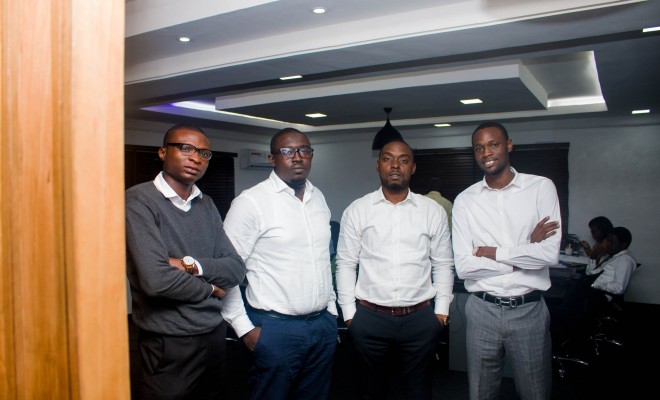 Funding is always a big deal in the startup scene, particularly as we don’t get to see local startups raise funds everyday, let alone mouthwatering sums. So yes, some news sell faster than buzzwords and ToLet.com.ng’s announcement of a $1.2 million funding round from Frontier Digital Venture (FDV) is a very telling example.

Of course, it remains to be seen whether the atmosphere would have been any different, had we had the slightest inkling of the mammoth fundraiser. Few expected something in this mould to re-emerge from SPARK’s portfolio. As it turns out, lighting does strike twice.

Coming on the heels of a joint investment in OgaVenue, SPARK, which describes itself as a “company that invest in other companies,” now appears to be proficient at leading startups within its rank to the proverbial gold mine; one unprecedentedly untapped by most of the so-called network of fundraisers in Nigeria and across Africa.

To put this into perspective, SPARK led by example by raising $2 million from international investors in 2013. The investment, which came barely 3 months after the group officially launched, was aimed at growing its network of Nigerian internet startups — 13 of them at the time.

With a traceable and accumulated seed of about $225,000, SPARK brought Hotels.ng within the radar of venture capitalists, resulting in a $1.2 million Series A funding round for the startup. Today, Hotels.ng claims to help travellers book accommodations at more than 7,100 hotels in 334 cities throughout Nigeria.

Now that the pendulum has swung in the direction of ToLet.com.ng, it begs both the question of what opportunity lies in the online real estate business and what the startup has been doing right lately.

The real estate industry at a glance

The real estate industry has long been perceived as the safest haven to invest business capital as it offers both quick and substantial return to investors. If not for anything, the monthly rental incomes and occasional spike in property valuations seem like a worthy incentive.

As at 2014, the real estate market in Nigeria was substantially valued at ₦59 trillion; rounding at least 5 times bigger than the local stock market valued at ₦12 trillion at the time. With the playing turf shifting online, the opportunity seems even bigger as both property owners and home seekers now trade estate properties with relative ease. These opportunities have ushered an influx of online real estate players so much so that the online real estate space is gradually becoming crowded. So, maybe this is a validation of the real estate tech space.

One too many responsibilities to handle

ToLet.com.ng’s current Lagos-focused business model suggests they’re not gunning to dominate the real estate space just yet. While this demonstrates the model of SPARK 2.0, clearly, there are other markets outside of Lagos.

However, the newly injected funding will be aimed at accelerating penetration into these markets, as highlighted by one of the founding members in the funding announcement:

“The new fund raised will be used to improve the platform’s technology offering to both property seekers as well as that used by listing agents, while the rest of the funds will be channelled into improved marketing efforts and aggressive expansion across Nigeria over the next 12-18 months”.

To achieve the projected level of scale however, the startup would have to chart a different course from Hotels.ng. When Hotels.ng secured its $1.2 million fund on May 26, 2015, the roadmap was to utilise the finance to grow the startup crosswise over Africa, beginning from Ghana. It’s been a over a year and the plan appears stuck in limbo — with just a single Ghanaian listing —  for reasons best known to the startup.

That said, there will also be certain doubts as to whether ToLet.com.ng itself has what it takes to keep the bar at the level it has been raised to. Evidently, the founders have never been entrusted with this magnitude of responsibility or tested at this level of scale. Expectations without a doubt will be high and it is important to note that the startup will need the support of SPARK and yes, Hotels.ng’s founders, to wade through the difficult times.

But wait! There’s now a bigger shoulder to lean on; one that literally implies that there’s light at the end of the tunnel for the startup.

A significant part of the deal is the pool of expertise that would be brought to the table by Frontier Digital Ventures (FDV) — a VC firm of 3 founding members with a proven track record for building successful classifieds businesses in emerging markets.

Unlike most Venture Capitalists, Frontier Digital Venture does not just invest in amazing online businesses but also amazing entrepreneurs. Businesses identified by this VC firm are usually afforded the collective experience, knowledge, network, funding, advice and assistance on setting strategy, as well as direction in determining the execution of that strategy. Another reason to admire this VC is that they also have the patience to drive success in both the short, medium and long term.

One thing is for sure, this Malaysian based Venture Capitalist firm isn’t your regular Silicon Valley kind of Venture Capital. The firm’s continued interest in “frontier markets” has led them to invest in several startups within emerging markets. Perhaps FDV’s biggest success story is iProperty.com, a company it eventually led to be acquired by the REA Group for $128.5 million in November 2015.

The investment for ToLet looks so good that it can only result in two outcomes; make or break the company. However, it would seem they would get lots of shots at making mistakes and learning quickly from them.

Besides, SPARK places a lot trust on its network of startups and to have gotten this far, it shows ToLet.com.ng has done enough to justify the faith showered on it by its investor. All of which just makes the deal hold a lot more significance than we ever imagine.

To add an extra perk to their chances of scaling, with about 20,000 listings, ToLet’s robust platform has virtually all locations in Lagos covered. ToLet.com.ng is every now and then growing its rank by posting, on its blog and other third party advertising platforms, series of job openings within the startup.

So it may well be that the startup is more than ready to square with the challenges of running and scaling a real estate startup at this level. However, taking speculations aside, only time can tell what the real future holds for the startup. But fingers are definitely crossed on this.

With SPARK clearly positioning itself as arguably the most successful seed stage investment company in the Nigerian tech scene, we may need to be reminded that there are other startups within its portfolio. We might just want to start paying keen attention to them — especially Drinks.ng. But what are their chances really?