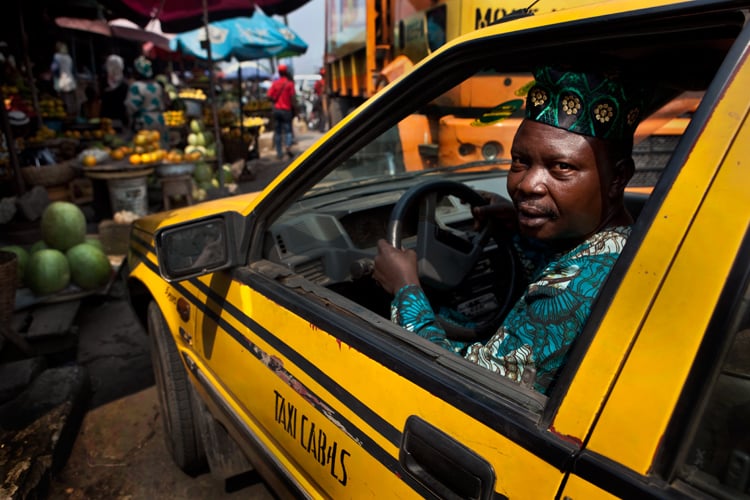 The regulation of taxi services in Lagos State is ongoing. The reform of the taxi system will require operators to align with Lagos State transport laws in order to avoid losing their license to operate.

The reform of the mile to mile taxi system which started with franchise cab operators such as Metro cab and Red cab has seen some growth over the years. In 2014, the Lagos State government had licensed eight taxi franchises. However, the number increased to nine when the Lagos State Taxi Drivers and Cab Operators Association was permitted to use the yellow colour of the state with the government logo.

Under a scheme which was launched in April 2015, the government gave operating licence to Corporate Taxis to run a fleet of taxi franchise.

For any group to operate under a franchise, they must meet the following requirements. Have a minimum of fifty vehicles and pay a fee of ₦100,000 per vehicle, possess the adequate insurance facilities for vehicles and passengers alike and install safety gadgets in all its vehicles which must not be older than 12 years at the time of registration.

The Special Adviser to the Governor on transportation has stated that the franchise system had been developed to ensure control and regulation within the transport sector.

The franchising system looks just fine from the surface but there are protests by some groups who want to pull out of their franchise. According to The Nation Online, the Oredegbe Drivers’ Association, the taxi driver’s section of the National Union of Road Transport Workers (NURTW), Road Transport Employers Association of Nigeria (RTEAN), and Self-Employed Cab Drivers Association of Nigeria (SECDAN) have vowed to have nothing with the ongoing reform.

The Director of Public Transportation and Commuter Service, Olubunmi Odukoya made it clear through a publication that the State Government was not averse to any group or their interest by way of independence, adding that the dictates of the policy was to ensure they hold a franchise and by implication a license.

Olubunmi Odukoya also advised interested groups to obtain a license or join an existing franchise to be able to operate within the State.

The franchise system is not a new policy. However,  the government’s decision to enforce the policy now will require more than just the yellow cab drivers to make some adjustments. Ride-sharing companies and e-hailing services like Uber and Afrocab will also need to obtain a franchise license from the Lagos State government in order to  continue operations in the state.