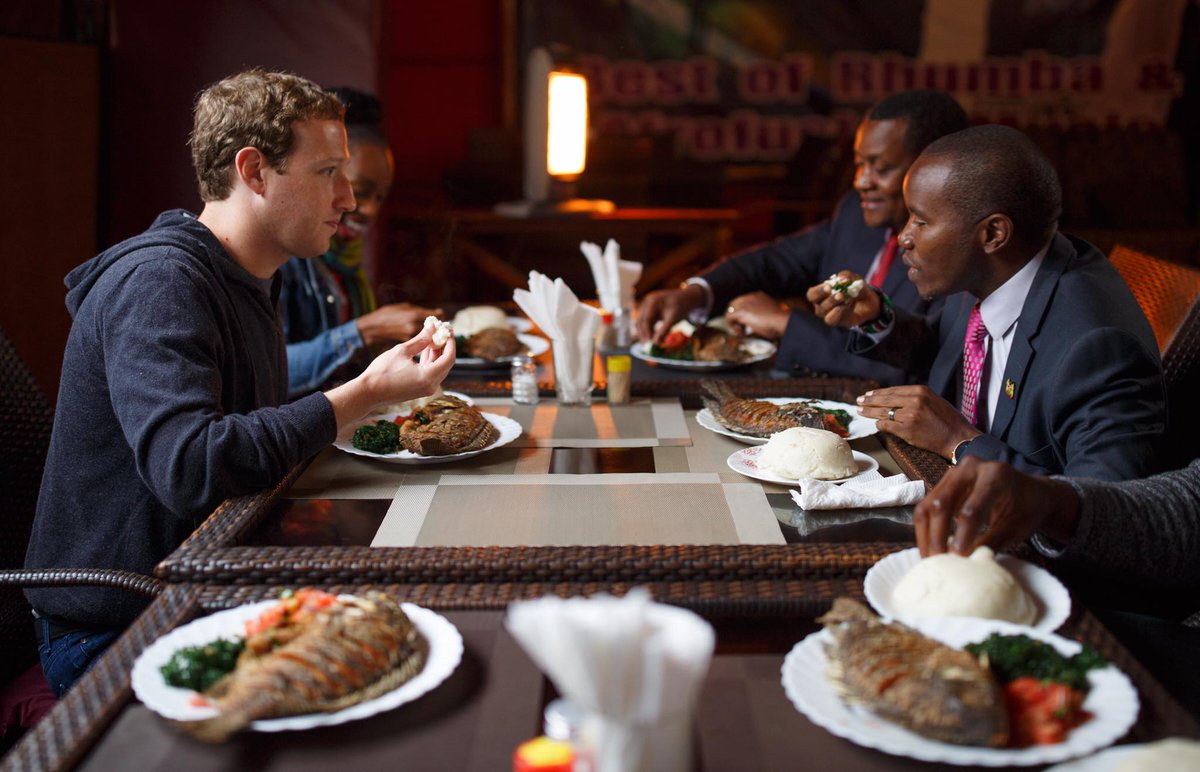 UPDATE: In a twist of events, Zuckerberg came back to Nigeria, Friday morning, to attend the Aso Villa Demo Day finale

After a two-day surprise visit to Nigeria that saw him walk the streets of Yaba and personally lecture developers in Victoria Island, Mark Zuckerberg has popped into Kenya. Howbeit unannounced, I strongly suspect the Kenyans would have had an inkling that their nation would be his next stop. With an Andela in Kenya, it only made sense that he would be there for a visit.

Guess who visited the iHub? You are right! Mark Zuckerberg and Ime Archibong were in the building #ZuckerbergiHub pic.twitter.com/JYdn8rcWSz

iHub was his first port of call. The unofficial “Kenyan tech headquarters”  which is an innovation hub, pre-incubators and co-working space, was designed to build an ecosystem around the tech entrepreneur.

Guess who paid us a visit 😉 pic.twitter.com/EiJKaccxNc

He visited startups in Nairobi and interacted with them on a personal level. He laughed and admired the Strauss Energy Roof tile; a building materials technology that captures the sun’s rays and converts them to solar energy.

However, with all the pictures posted on social media platforms, the most striking was a plate of Ugali and fried tilapia that Mark Zuckerberg was eating with a group of Kenyan men.

This is not interesting in the “Mark-must-sample-jollof-rice” way, but its interesting that Mark was in fact, dining with Joe Muncheru; the (young) Kenyan Cabinet Secretary of Information and Communication.

The fact that the Nigerian government was not even officially aware of Mark Zuckerberg’s presence (I know this because of the absence of uppity motorcade and hundreds of security details) and he immediately went to dine with the Kenyan government upon arrival is worrisome.

Even though Joe Muncheru is an ex-Googler and had launched a startup in the not too distant past, these excuses do not cover the disparity in relations.

But Mark is not to be blamed in any way. If the Nigerian government had been aware of his presence and handled ‘logistics’, Mark would not have gotten anywhere near the startups in Yaba. All these selfies and pictures of Mark chilling everywhere with entrepreneurs would have been a figment of imagination.

Apparently, there is prospect in the Nigerian entrepreneurial tech ecosystem, the world powers-that-be are aware of it. However, they may feel that the government has failed to create conducive environments SMEs and startups to thrive.

At least, Zuckerberg has validated this presumption by one singular act- dinning with the Kenyan government.