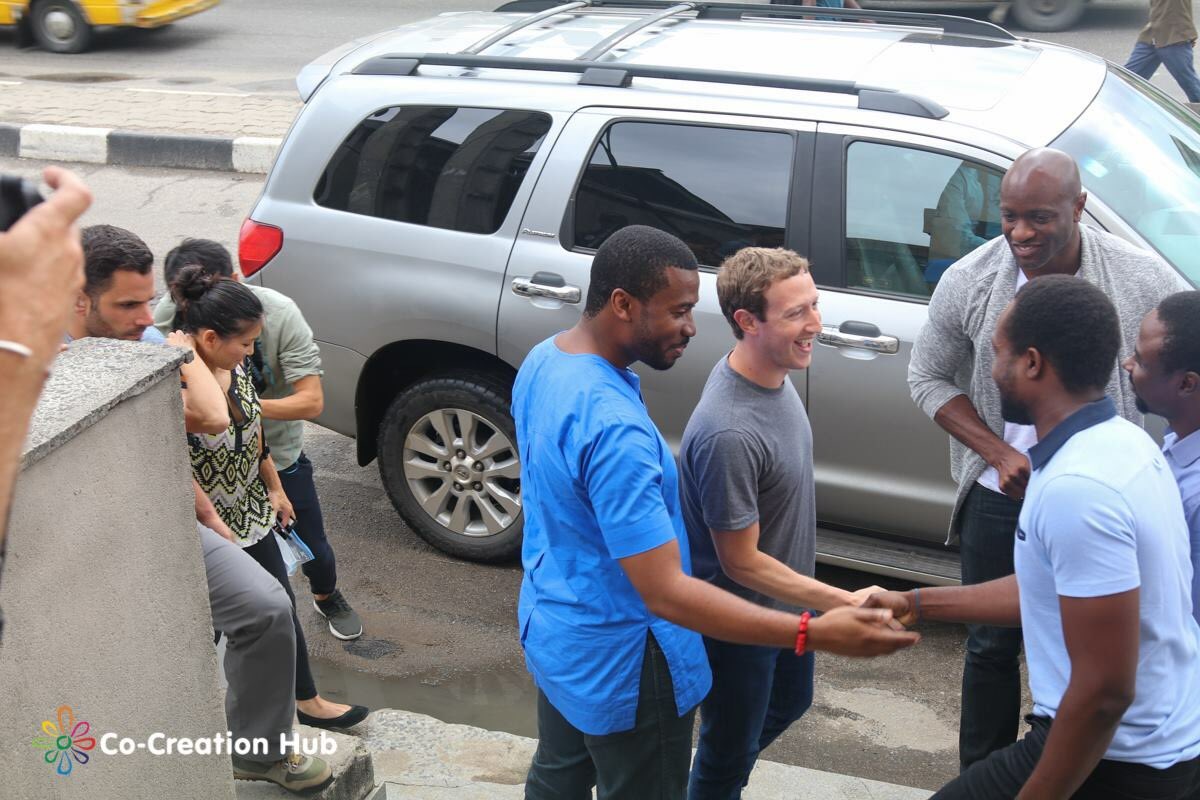 It’s no longer news that the founder and CEO of Facebook, Mark Zuckerberg is in Lagos, Nigeria.

His first stop was the Co-Creation Hub, in Yaba where he watched children learning to code and interacted with at least 50 local startup founders and developers. More impressively, he trekked over 2km through the streets of Yaba to get to Andela, the talent accelerator he recently invested $24 million in. 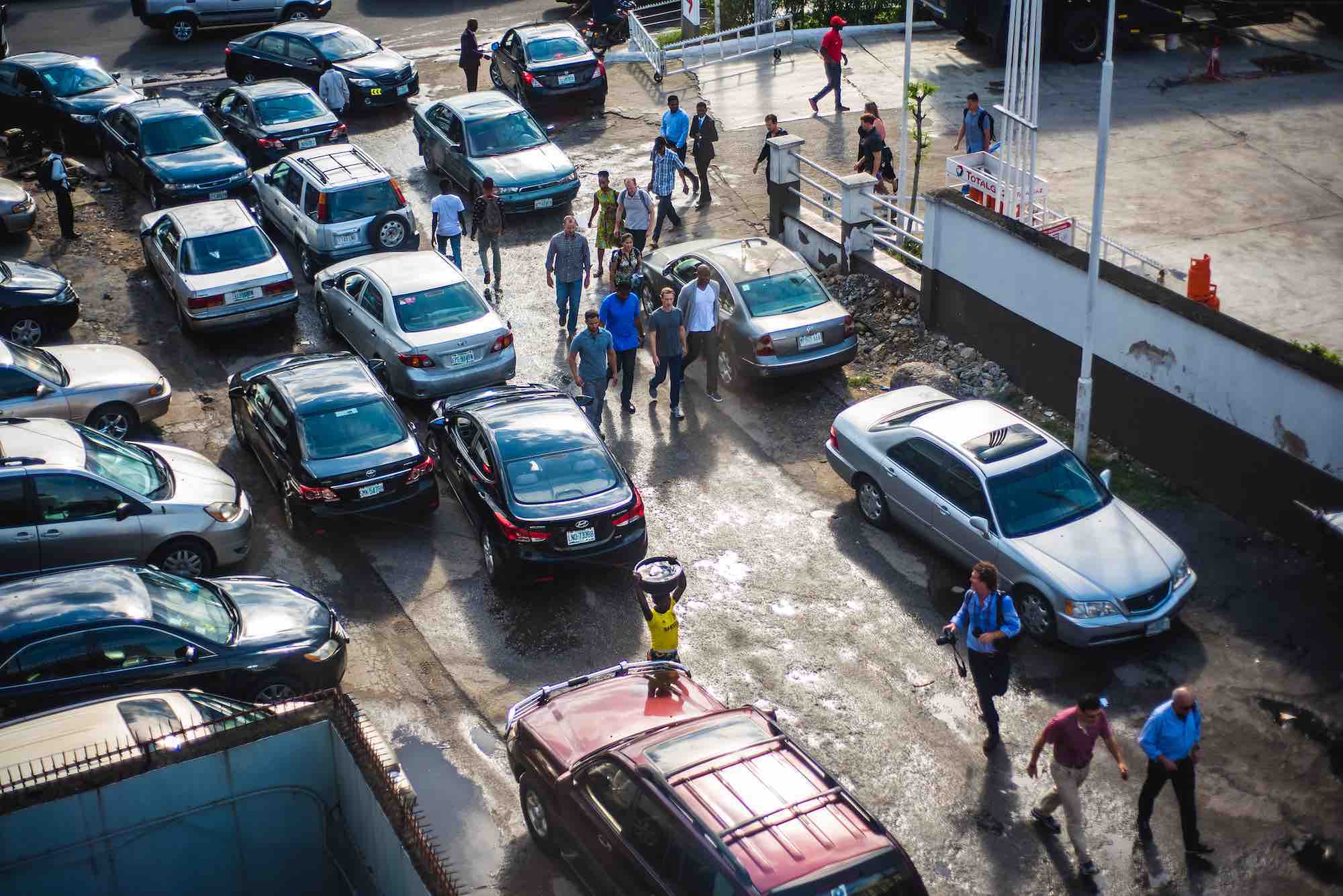 Today Wednesday, he hosted a live Q&A session with selected developers and entrepreneurs, but not before he was “spotted” jogging on the Lekki-Ikoyi bridge.

Just ran 1.5m w Mark Zuckerberg! He killed me 1st mile! Pushed me to 8min. Was so beat & slowed I missed a photo! 🙃 pic.twitter.com/Y1v5OJZUxy

Perhaps the most exciting thing about Mark Zuckerberg’s surprise visit, is that he chose Nigeria as his first destination in Sub-Saharan Africa. This is more than enough validation for the Nigerian technology ecosystem

Without a doubt, Mark Zuckerberg is beginning to take Nigeria seriously. But that didn’t happen suddenly. You’ll find proof  in the increasing number of Nigerians on his payroll.

Chukwuemeka Afigbo joined Facebook from Google, where he served until 2015 before being replaced by Aniedi Udo-Obong.

Afigbo currently manages Strategic Product Partnerships for Facebook in Sub-Saharan Africa and has been instrumental in Mark Zuckerberg’s Nigeria tour.

Ime Archibong is the Director, Strategic Partnerships at Facebook, where he leads a team working to connect Facebook’s products and strategies with various business partners.

Archibong and his team have worked on everything related to Facebook including the Messenger app. Prior to joining Facebook, Archibong was an Advanced Technology Business Development Professional at IBM.

Archibong has also been instrumental in Mark Zuckerberg’s visit to Nigeria.

Ebele Okobi has headed Public Policy for Facebook in Africa for the past 2 years. She was the former Global Head & Senior Legal Director, Human Rights for Yahoo!

With previous experiences working at PayPal, Google and JP Morgan, she also happens to be the founder of CPAfrica.

Apparently, his competence got the attention of Mark Zuckerberg, who hired him to head Payments and Commerce Partnerships for Facebook Global.

Having been raised in Nigeria but lived in 3 continents, Morin Oluwole is a polyglot — she speaks about 5 languages. This is probably why she sealed a role as the Chief of Staff, VP Global Marketing Solutions at Facebook.

UPDATE 1: Morin Oluwole has since taken up a new position as the Luxury Vertical Lead for Facebook/Instagram. 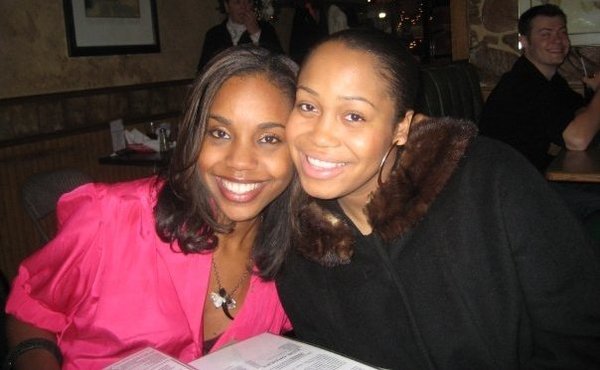 Lauryn Ogbechie leads a Strategic Partnership team within Facebook’s Global Platform Partnerships organisation in Menlo Park, CA. In this role she partners with mobile developers to help them build, grow and monetise their apps through the integration of Facebook platform products.

Prior to Facebook, Ogbechie worked as a digital organiser for President Obama’s re-election campaign.

Francis Ebong joined Facebook in November 2015 where he has since acted in the capacity of Director, Online Operations. Francis is a graduate of The George Washington University. 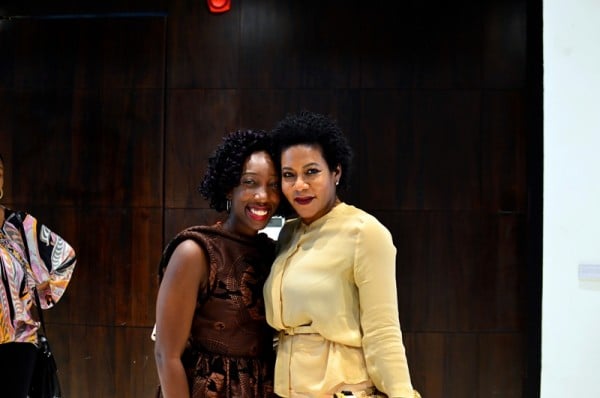 Prior to joining Facebook, Teniola Adedipe served in two capacities within Konga (Nigerian eCommerce giant), in the space of 14 months. She started out as the Head, Merchandise Planning in January 2014, she then went on to become Associate Director, Retail Operations.

Still relatively new at the company, Monica Ugwi works with the Product Operations division of Facebook. Prior to that, she was an Engagement Manager for McKinsey & Company and an Analyst at Goldman Sachs.

A graduate of Computer Science, Ugwi also holds a Masters in Business Administration from the Stanford University Graduate School of Business.

Ibrahim Sekoni is Facebook’s Product Specialist at San Francisco Bay Area. His previous experience no doubt played a huge role in blending him into Facebook.

Prior to joining Facebook, he was the Mobile Product Manager at optionXpress where he managed the top-rated mobile trading App across multiple Mobile platforms. He also worked as a Business Analyst at Phoenix bits LTD overseeing various operations. He joined Facebook in April 2015.

Olaoluwa Okelola is one of the few Nigerian-born software engineers at Facebook.

Having completed his secondary education at the International School Ibadan, Okelola proceeded to Avi-Cenna International School and Howard University, Washington DC, to complete his secondary and university education respectively. He then joined Microsoft as Explorer Intern in January 2005 and left in August the same year for Google where he worked as an Engineering intern from May 2006 until August 2006.

Okelola joined Facebook in 2007 and has been there ever since.

UPDATE 2: All post-publication updates are below. The total number of Nigerians on the list is now 18

Barbara Mbanefo is another Nigerian-born software Engineer at Facebook, where she develops iOS applications that help businesses connect with their customers.

Mbanefo completed her primary and secondary education in Nigeria before proceeding to France to obtain her Masters degree in Software Engineering. She speaks French fluently. Prior to joining Facebook in May 2016, Mbanefo worked as a Software Engineer and a Mobile App User Experience Designer in France, Canada and Hollywood, California

Kunbi Adeyemo has served in two capacities at Facebook. Between 2013 and 2014, she was on the Facebook North America Small and Medium Business Team as a Customer Insights Analyst.

In December 2014, Adeyemo moved up to the San Francisco Bay Area, where she has since served as Facebook’s Diversity Programs Manager – Women in Computer Science.

After obtaining a First Class degree in Mechanical Engineering degree from the University of Nigeria, Nsukka in 2010, Isaac Nwokocha tried his hands out on entrepreneurship; he co-founded two startups, including real-time road traffic web app, TrafficDey.

Probably deciding he had had enough of entrepreneurship, Nwokocha proceeded to Stanford for a Master’s Degree in Management Science and Engineering. No sooner had he completed his Masters Degree than he secured a role as a Product Data Integrity, Community Operations/Project Manager at Facebook.

PS: I happen to know Michael Awotedu personally, as he hails from my alma mater — Federal Government College, Odogbolu (I couldn’t resist the temptation to let you in on that).

Dayo Olopade started her career as a journalist in Washington, covering the 2008 campaign and the Obama era for publications including The Atlantic, The Guardian and The Washington Post.

Nowadays, Olopade applies her wealth of journalistic experience on the Facebook Media Partnerships Team, where she helps publishers take advantage of Facebook, from a business and product perspective. She maintains a painstakingly detailed personal website.

Do you know any other brilliant Nigerians working with Mark Zuckerberg at Facebook? Let us know in the comments section below and we’ll be sure to update accordingly.

Want to learn how to market your business and make more sales online? Register for SME Clinic 2021 and gain skills to grow your business. Get your Early Bird ticket now (offer ends soon).
Subscribe
Connect with
Connect with
16 Comments
Oldest
Newest Most Voted
Inline Feedbacks
View all comments