The Infinix X Band is a fashionable Smartwatch 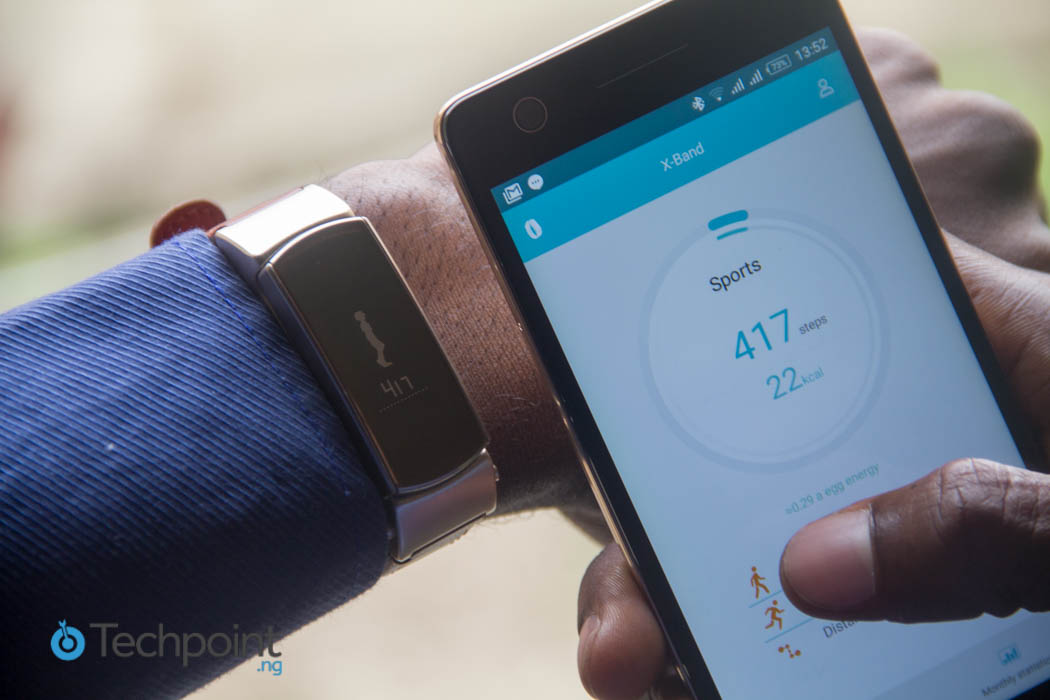 Activity trackers are one thing and Bluetooth headphones are another, but the Infinix X Band is a smartwatch that is a blend of both.

As a fitness tracker, the device allows a wide range of activities and using it as a Bluetooth wireless headset also works.

The era of boring smartwatches are past and Infinix is not being left behind. The Infinix X Band is a blend of fashion and functionality. The watch strap comes in two colours; brown and black.

These colors work excellently with fashion pieces and can be worn as an accessory. The leather is a soft weathered grainy affair that manages to be light and sleek at the same time.

When simultaneously depressed, the spring pins by the side of the watch…

…eject the Bluetooth headphone that also doubles as the core and face of the watch.

The Bluetooth headset is worn by hooking it in the incisor of the outer ear.

The Infinix X Band does not run the Android Wear OS. It runs on Free real-time operating software (FreeRTOS) a real-time operative system kernel that has a simple interface and allows for basic interaction without any colored fuss. Even though I would have preferred it in Android, but it still works.

The Infinix X Band can be connected to any Android mobile device with the X-Band App that is available on the Google Play Store.

After downloading the app, registering by inputting information like weight, height, and age, it automatically synchronizes with the watch and all the steps and pace pre-recorded will be transferred to the Infinix X-Band Application.

The descriptive language on the app has a lot of errors but is still understandable. Most importantly, the X-Band serves as a real-time control of the Infinix X Band.

The Infinix X Band is a comfy mix between fashion and functionality, but I feel it is more a functional fitness tracker than any other thing. For example, the Bluetooth headset has a good range for receiving and making calls but is not very great for playing music.

Price is a little bit steep for a smartwatch that does not run the Android Watch OS. But on the flipside, most of the moderately priced smartwatches do not combine a Bluetooth headset, elegance, and style of the Infinix X Band.