Meet Chima Okenimkpe, one of the brains behind Gulder Ultimate Search 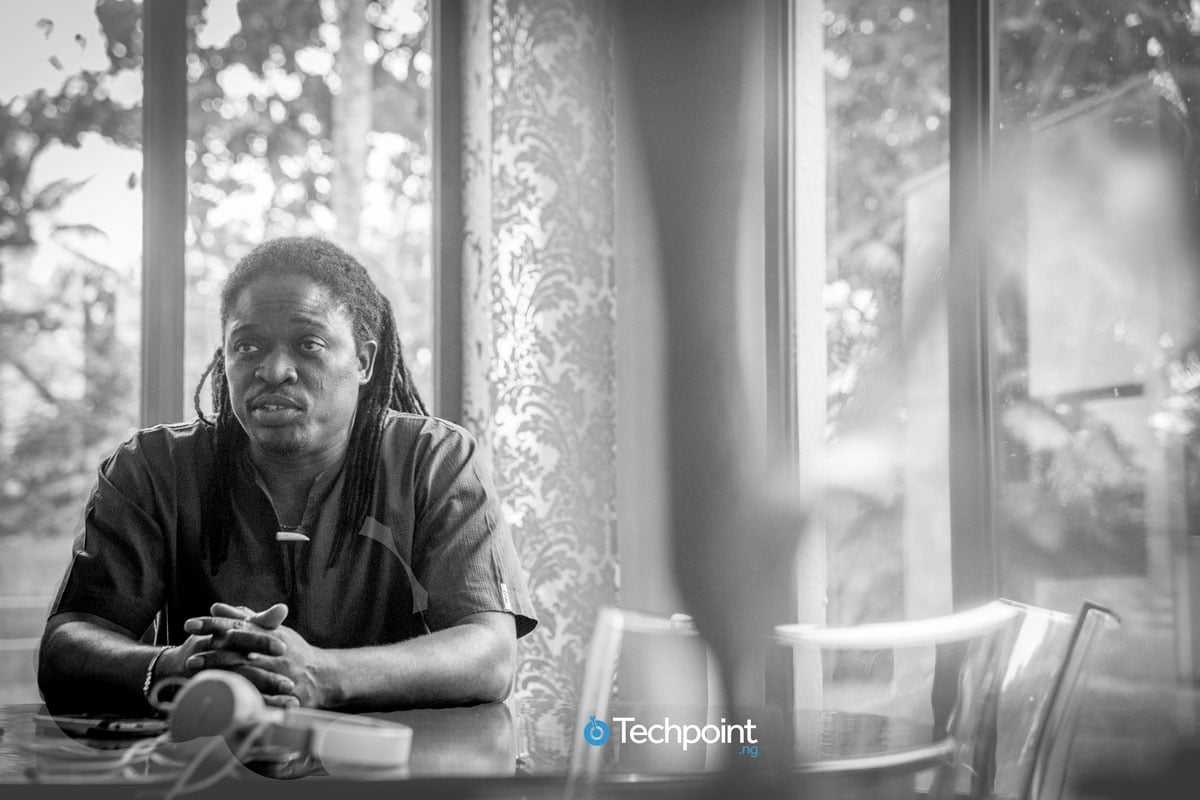 Every product is an outcome of an idea either properly implemented or not. Like most kids growing up in cities around the world, the big screens, either at home (TV) or on the highways (bill boards), were always something to look up to as they lit up with beautifully crafted appealing messages about products.

This week on Engine Room, I continue on my quest by bringing you the story of an African creative who through the years as continued to defy the norm, dazzling his audience with ground breaking ideas. Today, I bring you the story of Chima Okenimkpe, Executive Creative Director at Insight Communications.

Emmanuel Ogunsola from Techpoint.ng: A general assumption is that all creatives like comic books. Where you a comic book addict growing up and did you play games?

Chima Okenimkpe from Insight Communications: I loved comic books growing up and I played a lot of games. I actually had carry-overs in the University because of playing a lot of  video games. Mortal Combat specifically.

EO: Can you give us a brief run down of your educational background?

CO: In the University I studied Agricultural Science. Back in secondary school, I dropped all art courses in Form III except for English Language which was compulsory. This was because I had interest in Sciences. I felt there wasn’t much to learn in Art classes. I was more interested in Science courses than Art courses, because I was already drawing anyway and also writing.

The reason I studied Agricultural Science is because I had a disagreement with my parents who wanted me to study medicine. I couldn’t see myself as a Doctor. Agricultural Science was a compromise because my mother liked it. So to get my mom on my side and stop my dad from disturbing me about studying medicine, I chose Agricultural Science. At that point I didn’t really care, it was all about getting into the University to get a bachelor’s degree.

EO: What was your first job out of school?

CO: I worked at Mind Vision during my summer vacations while in the University. That was my first real job which required me to resume at an office. After graduating from the University I served as a National Youth Service Corps (NYSC) Corper at Mind Vision. Before then I was a freelancer working from home.

EO: What exactly where you doing as a freelancer?

CO: Mostly illustrations for clients and also concept boards. I created some concepts from scratch and sold to clients, which they bought to help their brands especially for Corporate Social Responsibility (CSR) projects. I did several projects with British Council, DFID, USAID and I worked with them as a freelancer.

EO: Did you have tools or people that helped you when starting out. Did you have mentors or role models that motivated you?

CO: Not people, it was mostly watching and learning. I had a very strong pull to the art, a very strong pull, and it was all consuming. There was no doubt in my mind that I would end up in some art related field because I actually wanted to draw comics for a living.

I actually wanted to be an animator at some point. But then I hated all the long hours of sitting down drawing trying to fix characters. I recall doing some animations while I was at Mind Vision. It wasn’t a lot of fun. Then I wasn’t into 3D animation seriously, it was mostly single cell 2D animation. It was tough, even though I liked drawing. I was a perfectionist and there was no way I could be an animator because you have to leave out some details when you are doing animation.

For me it was about what I said I wanted to do. There were times my parents tried to stop me from drawing because they felt it was taking up too much of my time, especially when I was in primary and secondary school. But the more they tried the more I said no.

When I was in the University I made a lot of money doing valentine cards, cards for students and drawing portraits. Drawing and the art was first nature to me. It wasn’t about people, it was just me. Comics started me off, and I got interested in Art on a broader level when I started studying some artists works. But comics have always been a main foray into Art and then joining advertising was actually a mistake quite honestly.

EO: How did you get your job at Insight?

CO: There was an advert in the newspapers by Insight Communications a long time ago, my sister saw it and encouraged me to apply for the job. I was reluctant but I applied for it and did the test.

EO: How best do you function as a creative?

I draw materials from my experiences. That is how I function, I open myself to a lot of information. I read a lot. I watch a lot of movies and documentaries.

EO: How do you manage work and family life?

CO: I don’t have work-life balance. I will be honest with you. My wife thinks I spend too much time at work. If you enjoy what you do then it is less of work and more of life. I try not to let work get in the way of family and sometimes it does.

My work is actually coming up with creative materials and creating ideas. My job is selling these ideas to clients, meeting deadlines, making sure campaigns run smoothly, managing people. That’s the job and it’s not always fun.

EO: Is there a project you took on while in the University that inspired you and brought you closer to the Art?

CO: Yes, several not one. I was a very good portrait artist, doing portraits for very important personalities. There was this portrait I did of a dog I saw in a magazine and I gave it to a girl who told me she would pay me the week after. She ended up travelling to America with my portrait without paying me. I can still see the portrait though I don’t have it anymore.

EO: Projects you worked on, that you have tagged hallmarks?

CO: Several, one of them is not a well known job because it was deployed for the Ghanaian market. It was a project for Miranda Fruity, and it was successful in Ghana.

The second one was the launch advert for Platinum Habib Bank. I actually wrote the advert with a Creative Director by the name of John Devilliers. We had been going back and forth on the project, and when I came up with the idea of cars running on water, I knew that we had what we needed for the pitch. We presented it to John and he said “this is it!” We pitched it to the client and won the pitch.

Those were 2 high points that I can remember. As a Creative Director I have worked with fantastic teams in Insight and I am very proud of the work we have done. The Boko Haram advert for the Ambode campaign, also the Pepsi long throat campaign and there are loads of others.

EO: What advice do you have for young creatives?

CO: Creatives now are extremely lucky to be born in the internet age. However, my advice is very simple. Please stay in school. Anywhere in the world, anybody that says school isn’t important is deceiving you. Sadly enough, we don’t have the kind of education we use to have. There is nothing better than having job experience while in school.

Nothing cuts through clutter like a portfolio or job experience because employers want somebody with job experience. My advice to young people is to get job experience. Several companies I worked with while in the University, I told them not to pay me. I didn’t feel I was losing anything, it got to a point that some of those companies told me that they have to pay me because they saw the value my work was generating. They felt bad just using me for free, sometimes they provided for my lunch.

These days I see young people asking for money first or they will rather spend their leisure time playing games. You need to know where to draw the line and go get the experience. Stay in school and acquire the job experience while there. I am sure you must have heard of the story of Udo Saturday, who was a Security Personnel here at Insight. He kept disturbing me with his portfolio and now he works as an Art Director.

EO: On a final note where do you see Nigeria in 2020? Are we going to see Nigerians embrace the 3D world, Virtual Reality (VR) and Augmented Reality (AR)?

CO: Nigerians catch up very quickly. Trust me, I am personally looking forward to telling stories with VR and AR. Tech inspires me to come up with ideas. For me story telling will be different with AR and VR, creatives should jump into it early enough because there’s nothing to be afraid of.