Much ado about SpeedUP Africa 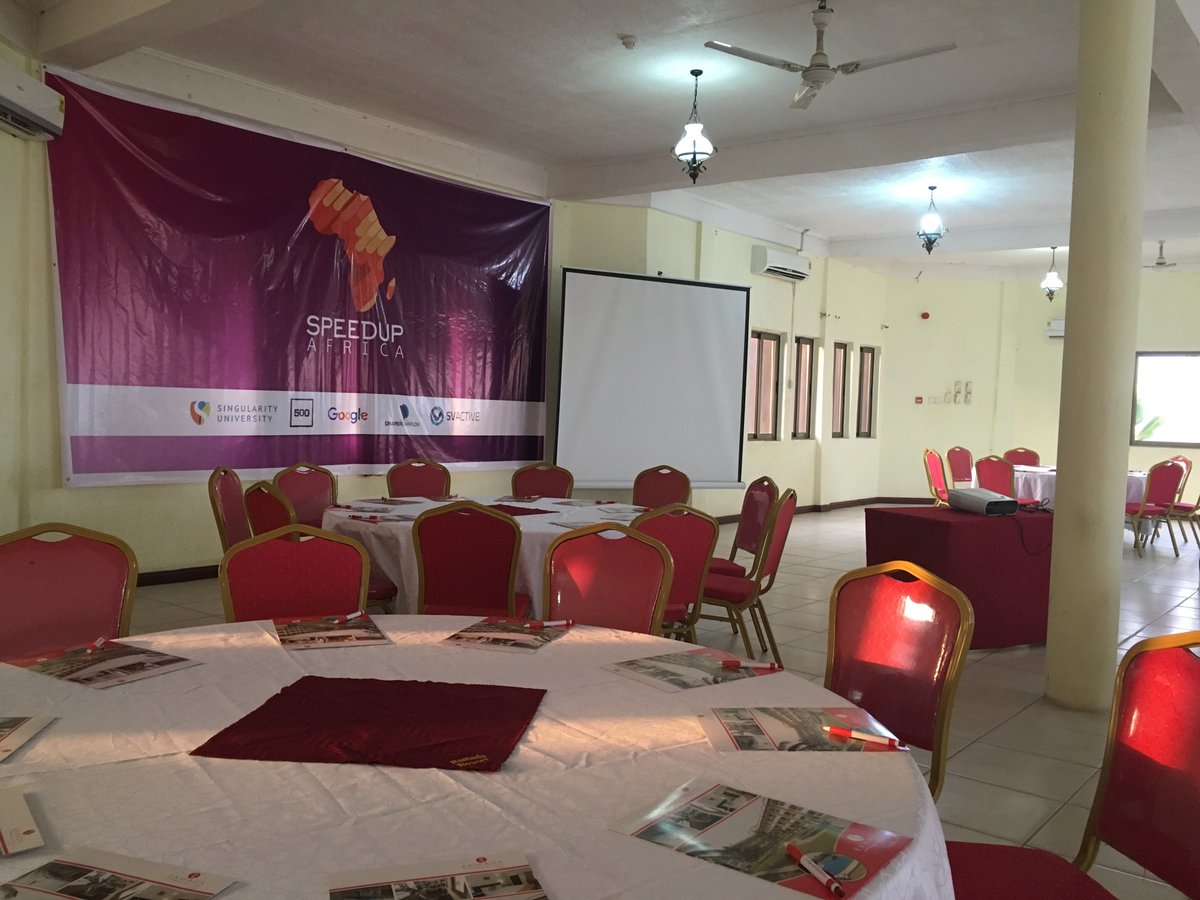 Not long ago, news of the SpeedUP Africa boot-camp filtered across the internet. Tons of startups across Africa filled up in large number to apply. Eventually only 91 startups were shortlisted, and the announcement spearheaded a wild internet frenzy, as these shortlisted applicants took to various social media platforms to express their excitement. You could almost tell by their actions on social media that they’ve long waited for an opportunity like this.

Leaving all that aside, it makes sense to take a quick look at the proceedings of a boot-camp that was dubbed “Africa’s most epic” and then match it with most people’s expectations. Having spent enormous time scraping Twitter of the tiniest bit of information I could lay my hands on, I could somewhat summarize the four-day boot-camp in this short brief.

I recall about $1,000,000 or there about was awaiting the coolest startup. Not just that, the organizers of SpeedUP Africa also promised that the 4-day boot-camp would be a defining period in the life of the shortlisted startups, as they would be open to various workshops, mentoring sessions, group activities and networking opportunities. So it sort of explains the initial frenzy on social media and also why startups (asides from the ones operating in Ghana) would be obligated to dig deep into their pockets to pay their respective flight ticket down to Ghana.

On a serious note, it was fulfilling seeing the founders add other exciting activities to an already interesting list; like breaking through walls with fists, learning kung fu etc.

However, I’m equally perplexed seeing our founders so excited to meet the illustrious investor, Tim Draper, and pitch their idea to him, that they almost certainly forgot that SpeedUP Africa boot-camp was all about speeding up Africa using technology; Their twitter rants were a give away.

Finally met the most enthusiastic and passionate VC @timdraper i have ever met till date. Thank you for making it happen @SpeedUPAfrica1

Finally I got to pitch to @TimDraper. Such an iconic man. Thanks to @SpeedUPAfrica1 , my dream is fulfilled!! #SpeedUPAfrica #DealDay

This follow-up mentality, which apparently is something that has been said times without number, makes me question whether Africa is really ready to grow out the so called “foreign shadow” and in actual sense storm the world by surprise with the quality of their impressive innovations lately.

Tim Draper’s instructions can only be of immense value I assume (especially plugging in, on several occasions, how bitcoin is shaping the modern situation of economics and policy and finance), but unless there were of any significant bearing or even practicable in our own immediate environment, they don’t count for something in the grand scheme of things.

Foreign investors, clearly, are beginning to recognize the potential in Africa. And as much as some would argue with the fact that these foreign dudes (investors) are seeking to have more inter-personal relationships with our local startups, it cannot be anything short of the truth. This is just as good as a reminder of our intrinsic worth.

As enterprises enter regional, national or even international markets, their capital requirements increase exponentially, but we mustn’t sell ourselves short in order to acquire it.

Technically, we’ve gotten to a point where we should see ourselves as our own investment rather chasing after foreign investors. And these are the things I expect SpeedUP Africa to open our minds to. Unless we see things differently, we’d still be playing catch-up to these foreign investors, overtly relying on their investment to scale. It might look like a long way from matching the western innovation and technology, but we’re closer than we know it. This is why the investors would keep coming. If there were other investors like Tim out there, I could bet they were visiting Africa for the first time. But it’s ok.

The reality of everyday life at the SpeedUp Africa boot-camp

For the better part of the boot-camp, founders, be it in distinctive clusters or single groups, took time to share their stories; as has always been the case in almost every tech gathering where successful founders tell their stories in emphatic manner to the listening audience (who mostly likely are early stage startups or entrepreneurs, looking up to the founders as role models). The only difference here was that there was no separation of those that were already successful from those who perhaps have found the right model but are still struggling to get a market foothold of it. Outside bringing a group of busy tech entrepreneurs together in one place, the entire setup looked like a gathering of ordinary people co-existing together, enduring one another for four freaking days and discussing mundane day to day life issues.

The curious case of funding

Going by the threads on Twitter, up until the fourth day, nothing was said concerning funding or any investment. At that time, it was safe to assume that every startup had pitched their ideas to the investors. From the look of things however, they were still left hanging on to those same ideas and perhaps a few that had been sold to them by the investors at the end of the bootcamp.

So, who gets to go home with the goodies @SpeedUPAfrica1 came with?? Fingers crossed.

From my experience with startups, nothing impresses on them more than the opportunity of sealing investment deals and scaling quickly. Combining that with this year’s edition centred on growth and development, it can only add more flavour to what was already touted as a sweetened juice. Only, most got a taste of the juice and not a full drink to last them a long while.

Finally, was there really a need for SpeedUp Africa?

What we witnessed is a boot-camp that appeared to be a holiday of sorts for the founders. For what it’s worth, it’s something the African ecosystem can adopt periodically to create that much needed presence of an inter-border tech community so to speak, but nothing more. It shouldn’t generate this level of fanfare. Unless it was for something serious; like the Google I/O for instance.

The absence of a real showcase of African innovation and creativity is what I think was probably lacking on this occasion. After all if we’re speeding up Africa to the next level of development in an era where we’re somewhat having a dearth of tech inclined individuals, and facing a race to turn the numbers up quickly, the need to use mediums like this to showcase African innovation has never been more imperative. This leads me to question the selection process. A boot-camp that initially was billed to hold in Ashesi university later got changed to Ramada Resort Center; a beautiful one at that. I can only imagine how sticking to the status quo would have added immense value to the students that would have been passively involved in the boot-camp exercise. In fact I think the entire exercise should at the very least welcome innovations from students. We keep talking about leapfrogging a generation of lapses using technology, but still forget the basic things like encouraging young and enterprising students to learn from boot-camp like this. The idea of SpeedUp Africa is supposed to revolve around bringing like minds together, share ideas and knowledge and building on those ideas to create globally accepted products. As much as being like minded is concerned it certainly doesn’t hover around 91 founders alone.

Given the hectic nature of running a startup, founders have inexplicably become more busy. So for this reason, I give it to the organizers for bringing a lot of them together, but without being clear about the state of funding, the whole thing is only a moonlight’s reflection compared to the brightness of the sunlight that a funded startup would be shining with in the near future.