The challenges to Lagos becoming a Smart City 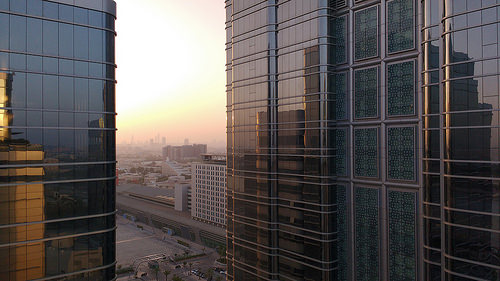 The Memorandum of Understanding (MoU) was signed at the Emirates Tower, Dubai by the Lagos state Attorney General and Commissioner of Justice, Adeniji Kazeem and the Chief Executive Officer of Smart City Dubai,  Jabber Bin Hafez. Lagos State governor, Akinwumi Ambode and Chairman of Dubai Holdings, Ahmad Bin Byat were also present at the signing

Apart from stating that upon completion Lagos will be the first Smart City in Africa, no date was given for the resumption of this project or other details like.

What is a Smart City?

Simply put, as the name implies, a Smart City is the smarter version of  the normal city. One that has digital technology embedded across all of its functions.

The challenges of a Smart Lagos

In May of this year, the Ministry of Power released figures that showed power output nosedived from a peak 4,500 MW to 2,500 MW; which is nearly half of the original figure.

According to an official statement by the Ministry which coincidentally is headed by the immediate past governor of Lagos, the drop in power production was caused by vandalism of gas pipelines.

There is no respite to this plight in sight, instead, it looks to be getting worse as we have seen an increase in the activities of these vandals recently. And this has reflected in daily electricity allowance in homes. If the electricity will not stay on long enough for me to iron two shirts, how will a smart city be powered? I suggest off-grid energy.

Solar energy as a source of power should be explored to its full potential. Wind and water energy can also be harnessed along with biodiesel and other renewable energy sources.

It makes complete sense for a futuristic project like a smart city to tap into alternative sources of energy to power it.

A smart city has all its workings interwoven and this is only possible with the collation and application of data gathered way over time from the citizens. Systems cannot be efficient  and fluid as intended in a Smart City if basic data of the citizens are not on record. This is problem is only peculiar to a smart city in an area where data is not readily available or non-existent.

The data culture in Nigeria is not very alive, even though it is picking up slowly albeit rather slowly. Too slow for a rapidly growing economy.

To get answers and data across various platforms and really understand how its systems work, Lagos State has to tap into sourcing from the citizens themselves with surveys, reliable computing systems in places where public data us collated.

The recently concluded #BuildForMyCity hackathon by CcHub that saw Abuja Answers emerge victorious is an example of a readily available solution to getting solutions and data that can be readily translated into creating a really Smart City.

In conclusion, the goal of building a Smart City is to improve the efficiency of utility and social services and in effect, the quality of life of citizens in that city. But like Haydee Sheombar said, “The greatest pitfall is wanting to be a Smarter City because it is sexy”.

If any City in Nigeria and Africa needs to be smartened, it is Lagos with its many inefficient systems. Even though the last administration did a really good job of sanitizing the system and the present governor is doing better.

But as one of Africa’s commercial hubs, smartness indeed is what Lagos needs. So if this laudable project is to take off and fly, then the aforementioned issues and lots more have to be put into consideration and tackled to make for smooth workings of the proposed Smart City of Lagos.

Do you have any suggestions on how Lagos could become a smart city? Please share them in the comments section below.

It mostly seems heavy & slow … and worse, hierarchical & plutocratic. Is it designed for reconfigurability? Is it designed to evolve? Or is change locked to huge projects only possible for huge institutions like government?