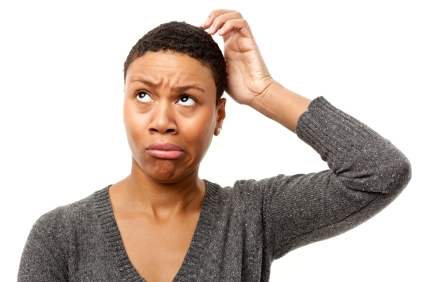 I think Nigerians might be witnessing the making of one helluva blockbuster movie and not know it yet. First NCC hit MTN Nigeria with an outrageous $5.2 billion fine. Then it reduced the fine to $3.9 billion – after making us think that it could be $3.4 billion.

The president got involved, and then the House of Reps did too. MTN lost both CEOs of the MTN Group and MTN Nigeria and then lost its position as the most valuable telecoms company in Africa to Vodacom. All through the drama, MTN’s stock price has been taking several hits. It lost 4.5 million subscribers with unregistered SIM cards. And it has been losing internet subscribers to Glo and Etisalat.

As if all that was not enough, despite the NCC’s weak stance that the fine would not be reduced, last week we received the news that MTN and the NCC had reached an agreement. What was supposed to be a ₦1.04 trillion fine was somehow reduced to a ₦330 billion, to be paid over the next 3 years. But just as the credits of the movie were rolling, the House of Reps cut the tape and decided this isn’t over yet.

On Tuesday, the House of Reps Committee on Telecommunications summoned the Minister of Justice and Attorney-General of the Federation, Mr. Abubakar Malami, the Minister of Communications, Mr. Adebayo Shittu, Prof. Umar Danbatta, the Executive Vice Chairman of the NCC, and some other people, over the fine reduction and settlement. Apparently, the committee’s investigation into the fine is still on and so the settlement undermines their integrity.

Speaking to journalists in Abuja, the Chairman of the Committee, Mr. Saheed Fijabi said, “We will certainly continue with our investigation. We are disappointed that this agreement was reached without our consultation. We need to make sure everyone complied with the law. The law doesn’t say anything about reducing a fine. What are the issues that have changed in the assessment at the time of imposing the fine and now? What is the legal basis for this reduction?”

While the House of Reps committee claims ignorance and tells us they are surprised by the settlement, the office of the Minister of Justice says the slashing of the fine and settlement had “the blessing of the highest level of government.”

Sunny Echono, Permanent Secretary to the Ministry of Justice, spoke to the press on behalf of the Justice Minister. He said, “This [agreement] was pursuant to series of procedural and other reviews, including the constitution of inter-ministerial committee under the auspices of the AGF. We were told that the action of the committee was independent of whatever action the executive arm may want to take on it.”

He concluded by saying that “it is the need for finality for the closure of this impasse that has been on for long time and its general impact on the sector that the decision was taken. I can confirm that the decision has the blessing of the highest level of government.”

Basically, what that means is, the parties involved in handing out the fine and paying it reached a settlement agreement. But the House of Reps committee that is in charge of investigating the fine was unaware of the agreement and so had not given their approval. Yet, somehow, the settlement has “the blessing of the highest level of government.” How is that even possible? And if it is possible, as the case may be, how did the “highest level of government” pass off on this settlement without receiving a final report from the committee that was supposed to look into and determine the legitimacy of the fine? So, different arms of the same government, trying to get to the bottom of the same “problem” can’t even operate on the same wavelength?

As it turns out, there is nothing in the NCC Act that allows the NCC to reduce the fine. So with this reduction, is the NCC betraying its own code of conduct because they just want to get this over with? Remember, the fine, as the NCC first posited, was cumulative. MTN was fine $1000 per unregistered SIM, for 5.2 million SIMs. If that is the case, what has changed?

All the parties involved need to answer all these questions (there are so many of them). And for once, I’m with the House of Reps on this. We need to know how and why they reached the settlement, and “because we don’t want MTN to die” is not a good enough answer. Please, we’re not idiots here.