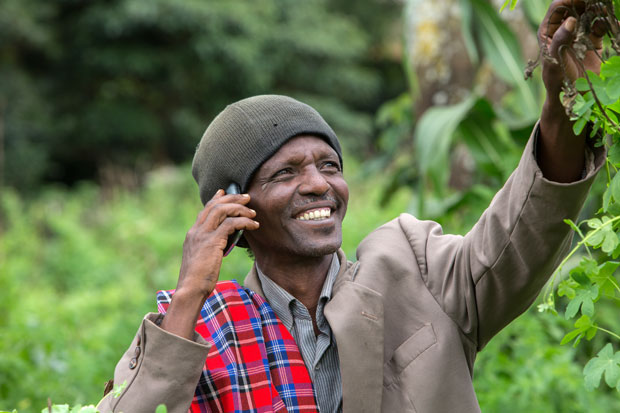 Just recently, Nigerians began experiencing the shocking realities of buying 4 pieces of tomatoes for ₦200 (something that used to retail at ₦50 or even less). This change appears to have had many latch on to various news channels online and offline, awaiting the most logical explanation. Some advocates on the other hand won’t just stop blaming the government for long bailing out on its supposed responsibility.

Regardless, I chanced upon a solution that came somewhat close to validating some of the assumptions bottled up within me, and I thought to share it.

Before I proceed, I should say that if you are not a fan of rural agricultural development in Nigeria and everything that it entails, you might need to look elsewhere. But what are we saying? You are a Nigerian after all and it’s only logical to be willing to commit oneself, directly or indirectly, to the ideas of supporting social transformation of agricultural practices in Nigeria. Perhaps I should also draw attention to the #BuyNaijaToGrowTheNaira campaign that has been making the rounds in recent times.

Farmers.ng, by design, aims to be ‘within-reach solution’ for farmers located in rural areas of Nigeria, specifically enabling them get information across to potential customers located in urban areas of the country about their farm produce. Farmers.ng can equally be seen as a bridge between these rather interdependent entities, as they provide an even larger market for the producers (rural farmers) to improve their income, reduce spoilage of perishable products and providing them with a means for quick sales; at the same time, urban buyers are offered access to fresh farm produce of interest either for resell or consumption.

SMS, USSD  and the Internet bond

Farmers.ng gives farmers service-access via SMS and USSD services which are already nearly saturated nationwide. But beyond that, I figured the poor internet access pervasive in rural areas may have fuelled the adoption of such approach.

Potential urban customers on the other hand who already use the internet gain service-access into Farmers.ng via internet-enabled services like push notification and mobile app updates. The app is available on the Google Playstore for download. In other words, rural farmers can simply connect with feature phones to urban buyers who use smartphones. With that it is quite safe to say that the platform is built with a good understanding of the situation that works in this terrain.

So before you start blaming any government or making any hasty conclusion of sort, maybe you should ask yourself if you’ve looked in the right place.

With this model, Farmers.ng seem to have solved the problem of where to look to get what product, but it’s not quite clear who bears the cost of transportation. My guess is it’s the buyer. But there’s one way to confirm that.

All the same, I’m quite impressed at the prospect of a new kind of virtual retailing that Farmers.ng is bringing to the agricultural scene in Nigeria.

nice. really nice. But for start i think you should go directly to the farmers before automating.