The case for a co-living space listing website in Nigeria 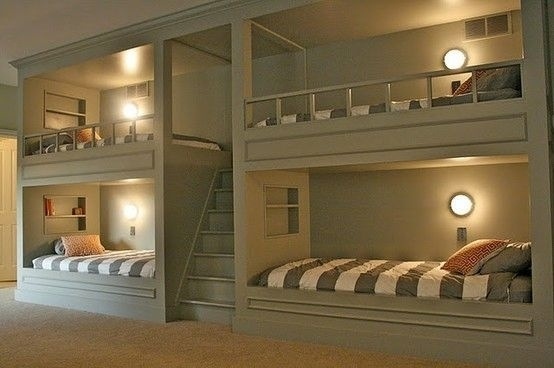 Co-working spaces are becoming a bigger deal in Lagos by the minute. Startups and small companies that can’t afford heavy rent fees are looking to cuddle up with other startups in shared working spaces. Real estate prices don’t look like they are slowing down anytime soon. But this is not my business right now. I’m house hunting and I think the idea of a co-living space listing website is worth considering.

Think about it, Nigeria’s economy is bad, the price of many commodities has increased. Still, I don’t know that many people’s incomes are rising with the prices. So even though life is becoming more expensive, lots of salaries and wages are pretty much the same. If someone earns ₦100,000 per month and has to pay a rent of ₦350,000 per annum, that’s three months’ salary plus half of a fourth. Then there are bills to pay, there’s money to for transportation (private or public), maybe savings and investments, and so on. Since the cost of living (and I mean it literally) is so high, I imagine that the idea of finding a co-living space easily is a welcome development.

Imagine if there was a website where young professionals (especially the ones aged 21-25) can find apartments that they can share with other people.

The co-living space trend in America

The creation of co-living spaces is a rising trend in America. As startups are springing up and hiring more young people, housing is becoming more difficult. In Brooklyn, New York, there’s a startup called Common that wants to make co-living spaces as big as co-working spaces. Common’s 7,300-square-foot building has 19 fully furnished bedrooms in four suites; each suite with its own kitchen and two bathrooms.

Then there’s WeLive, the co-living space and sister company of WeWork. It just unveiled its first co-living apartments in New York in April.

So there are companies exploring the idea of co-living spaces as a solution to the housing problems for young professionals. But I wonder if we can explore the possibilities in Lagos and other parts of Nigeria. We already have property listing websites for those who are looking to buy or rent their own apartments. I think it’s worth looking at, the idea of a website that lists available co-living spaces.

But there have to be co-living spaces first

The questions of trust and security

It took a long time for Nigerians to warm up to the idea of eCommerce and any other variant of it. Nigerians don’t usually trust what they can’t see; and even if they can see it, they might still not trust it. If the landlords and real estate agents that we can see still find a way to screw us, how much more “all these real estate websites”?

So even if there are co-living spaces, there will be the question of trust. Will these young Nigerians be open and trusting enough of such an idea?

There’s a huge gulf between co-living and co-working spaces. Co-working spaces are easier to manage because whatever company you will be letting in is already registered with the government and, depending on your method of documentation, they are well accountable to you. But it’s different for co-living spaces. It can work in America because the system is far more functional than most; citizens’ records are digitized and the security system of the country is good. We can’t say the same for Nigeria. If there’s a digital database of citizens available to the public to help with things like this, I don’t know. So the question of security leaves a large gaping hole, one that will take humongous time and effort to fill.

For now, I might just have to stick with struggling to pay rent through my nose. I’d like to know what you think about the idea of co-living spaces and a website to follow in Lagos; are they viable?

Hello Guys,
This co living space idea is quite cool but i just need to digress a little in other to share my experience with this new space i just discovered on the mainland.

It’s a new co-working space I found about in Lagos, precisely on the Mainland in Ogba. It’s called ‘eeSpace’

Just about 5 minutes’ drive from city capital, Ikeja, it’s really worth every dime of it.

It has great features and facilities and it’s about the cheapest in the country. Just 15k per month, even with discount offers.

It has all the normal features of your regular co-working spaces plus some extras – a recording studio, mini-library, seminar and conference rooms etc.

So, mainlanders or those of you that want something fresh outside the regulars you’re used to, go check out ‘eeSpace’ http://eespace.com.ng/.