Business Lessons from Beasts of no Nation 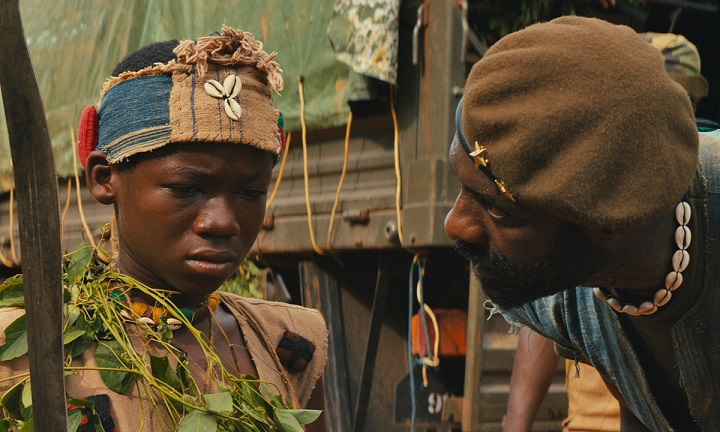 Last year, during a hangout for Techpointers and fans at the cinema, I saw the ‘The Beasts of no nation’ movie.

I tried playing the movie in my head again recently and I just want to asked some ‘why,’ ‘what,’ and ‘how’ questions, that can be applicable to businesses, especially startups. We are not going to discuss the characters or the work of the directors or any other crew members of the movie in this piece, we just want to look at the possible life lessons.

While the lessons are most appropriate for growing companies and startups, but you’ll be the judge whether companies with considerable market share can also get something from it.

For context, just in case you haven’t seen the movie yet, here’s a short recap:

The rebel faction NDF commandant (Idris Elba’s character) was summoned to the HQ after series of successful attacks with the expectation to be promoted. However, he was ‘promoted’ away from command and replaced by his efficient lieutenant. In response to being separated from field, Idris Elba’s character forcefully carted away with the team to start his own independent rebel faction.

Lessons from the employer’s Point of View

Valuing the contributions of key employees

No one is indispensable but how do you treat key employees whose work at the firm is bringing in sales and leads? Who usually takes the credit – the foot soldiers or just the pen warriors? And lets not even try bring in the ‘Pen is mightier than sword’ saying here.

Ideas are a kobo a dozen, so to speak. Does the employee with the idea get the praises while the one doing the implementation just get the normal ‘that’s a job well done’?

One can only imagine the opportunities that awaited the rebel faction should Idris Elba’s character have been promoted and relieved of the command.

Here are lessons employees that see the movie would learn

Being actually prepared to go solo

It not new that a key employee would leave to start his/her own business. Some of such companies live to tell the tales while some are just barely surviving to pay staff and bills.

The commandant ended up leading his team into the wild to dig for mineral resources that are not even there, and his team eventually turned against him for lack of provisions – foods and ammunitions. This could be likened to trying to solve a problem that doesn’t even exist in the first place.

Are resources readily available to keep pushing? For how long would the capital push the startup without generating even a dollar in revenue? Sure there are source of funding like seeds, contest winnings or funding from angels investors.

The part of the experience

It’s not just about the experience, can you inspire your team to work even when the remuneration isn’t so fantastic? What about winning disagreeing staff to your side?

What about the experience? The experience is not just about managing business but people as well, which is key.

What other key business lessons do you think we can all learn from Beasts of no Nation?