The big deal about the Infinix Zero 3 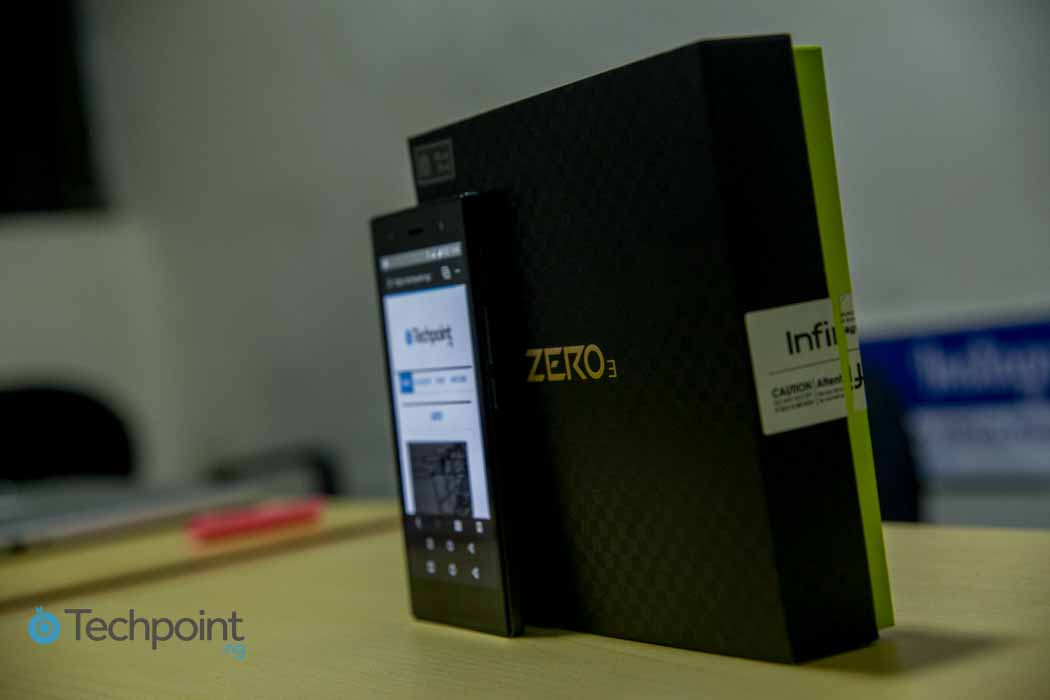 After much razzmatazz, I got down to the unboxing of the Infinix Zero 3 and saw all the basic components of any smartphone in it, even less earpiece. But after using the phone for a few days, the review is sure going to be a different ball game. With all its hype, is the Infinix Zero 3 a smartphone worth having? Let us answer that question from my firsthand experience with the device.

One design flaw of the Infinix Zero 3 is its protruding camera lens, it is the same with the Infinix Note 2.

But in the Zero 3, the free rubber casing that was included helps level up the lens with the body.

The full HD display of the Infinix Zero 3 is cool, but the colours are so saturated they seem to bleed when the brightness level is turned up. And in reacting with the sun, the screen is dark and rendered illegible. Maybe it’s trying to protect my eyes from the sun, but seriously I do not like that I cannot read numbers off my phone under extreme sunlight.

Infinix XUI is OK, not great, amazing or anything. Just basic jare.

NO, a drone did not take that picture. It was shot with the camera of the Infinix Zero 3 by my humble self. OK, 20.7 mega pixel is all the hype and it sure does meet up to expectation.

There is the night mode with increased sensitivity to light, and the instant focus of the Infinix Zero 3 is to die for. The 0.1s instant focus means you do not have to leave the phone on your subject for the blur to dissipate as it is the case with other phones, you just point and snap.

The phone’s high quality images are so large that it has the guts to produce images off the camera as large as 6.74MB. Really? How many of this can I snap before the memory runs out.

The Infinix Zero 3 is powered by a 3030 mAh non-removable battery. It took 3 hours to charge the device from zero to a 100% which is its full charge capacity.

The battery test was actually a little bit more interesting. I listened to music on headphones, played Subway Surfers, browsed the internet, Tweeted and answered calls simultaneously with the display brightness level turned to the highest from 11:01 a.m until the battery went flat at 4:06 p.m. That is a whole 5 hours and 6 minutes from full charge to 1% and shutdown.

Nobody uses a phone that way, so with the brightness level at normal level and all other apps optimize, you may be able to squeeze out at least 8 hours from the battery or more than, who knows.

In unboxing the Infinix Zero 3, I pegged the price to be in the region of  ₦45,000-₦55,000. And on 19th December 2015, Infinix Mobility released a limited number of copies into the market at ₦46,000 apiece, so my prediction was not really off mark. Maybe the price was in light of Christmas, maybe not. So when it finally comes back on sale, it would be priced in my predicted range.

So when put under intense pressure like the battery test I did, the Infinix Zero 3 will boil rice. But as I mentioned earlier, nobody uses a phone like I do, with a reduced usage the phone may not overheat. So seriously calm down on that count.

An update came in that was meant to “patch bugs, optimize camera parameters, system stability and performance” But honestly the only thing the system update patched was the non-existent music player. It introduced the Infinix Music app as an alternative to the Google Play Music that was previously forced on us.

The Infinix Zero 3 is an excellent device for outdoor photography and wonderful battery life. At the estimated price, it is a good phone.