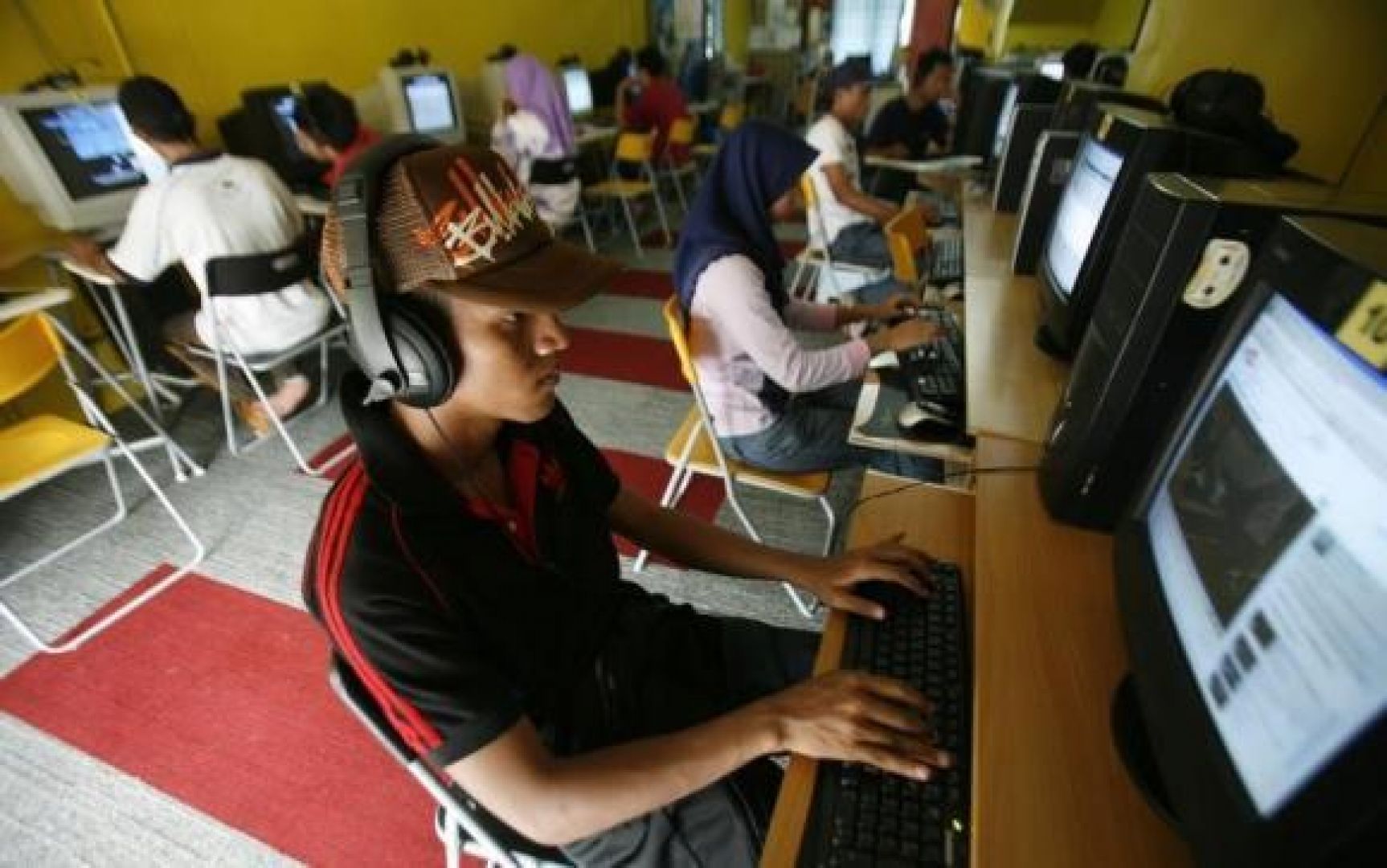 Cybercafés emerged as a blip in the history of many developed countries, as more people began having access to relatively satisfactory connections in the privacy of their home. Taking pride in its status as the giant of Africa, Nigeria can boast of similar exploits despite the well pronounced disparity, even though broadband penetration is low — around 8% as against a 30% target by government for 2018.

Prior to the arrival of Cybercafés in Nigeria in late 1995, during which they served as the fulcrum for many entrepreneurial ventures, we’ve witnessed the likes of NITEL and post offices play the mediator agencies between various communication parties in Nigeria.

But it didn’t take long for the Cybercafés business to spread like wildfire to all nooks and crannies of major Nigerian cities. It became a soothing relief to Nigerians thus ending the needless delays associated with mail delivery, long queues at public phone booths, the epileptic telephone service which was as bad as electricity supply, and also becoming the fashionable alternative for communicating with friends and family.

Today however, Cybercafés are no longer as important as they used to be; indeed, they are now unpopular as they fast lose the battle against 3G enabled phones and Wi-Fi ISPs  for homes, which have enabled users own their own internet service. The Cybercafé era, symbolized by large dishes and tall masts, has been replaced by mobile internet which offers even greater comfort and options. Reinforcing this claim is NCC statistics in August, revealing that 97.06 million mobile internet users were on GSM networks.

Now we use the internet in our houses, receive door to door services, get information and buy things online even without leaving our houses, and it would appear the future of Nigeria’s internet culture is having a clear coast to navigate upon. But we certainly won’t be doing most Nigerians, especially the new generation children any favour by brushing aside some interesting tales from this unique events that characterized the Cybercafés revolution in Nigeria.

On one note, websites like Yahoo no doubt seemed to account for the majority of internet users in Cybercafés. All thanks to its messenger integration amongst others, and then the likes of Google later hitting the wave. Gone is the glorious era where Internet Explorer, for most of its deficiencies back then, seemed like 10 Mozilla Firefoxes of today all put together in one box.

I could remember that the year 2000 came with flurries of first internet experiences for me. My neighborhood at that time seems to be buzzing with Cybercafés filled with different kinds of people who came to meet one internet enabled need or the other. A naive me would always ask myself “why the influx of people on the streets?” until I found my answer inside one of these so-called Cybercafés with a friend who had this ingrained attitude of spending the entire time purchased staring at a photo of a famous American rapper and then feeling like a superstar himself.

Following after that was my eagerness to hear the secondary school closing bell sound so I could go waste my 100 naira (originally meant for the break hours at school) on an hour of web surfing — sometimes I took a long trek to distant neighborhoods to find a Cybercafés — but this time not towing my friend’s path, but rather exploring other interesting engagements on the internet (playing games one of such). Another friend of mine recently admitted to having stole my dear precious 200 naira note 15 years ago from my bag to foot a Cybercafés bill. More annoying is the fact that 200 hundred naira notes were newly hitting the Nigerian scenes at that time, and it happened to be the first 200 hundred note I’d ever call my own. I had stowed it away for a long time instead of spending it, so the thought of losing that money almost drove me insane.

Such was one of the funny Cybercafé-induced scenarios that was prevalent back in the days. Those days, you could almost certainly stroll into a Cybercafé and meet the MD of a bank in one corner working on his private laptop.

More interesting times are when you purchase a Cybercafé ticket and took a look around to be sure no prying eye was trying to upstage you to the ticket password, or when you’d have to treat the paper ticket like some gold in the event you don’t exhaust the time, or when you have to hurry back to the Cybercafé before the ticket expiration (3 days for some, depending on the time purchased) just to get the value out of the amount you paid for it. Some even go as far as begging people for their tickets to use or pleading for few extra minutes from café attendants in order to log out their account — something their entire time originally purchased didn’t do for them.

Interesting to note is that the cafés were usually stuffy rooms with no air-conditioning, though few had exceptions. Some barely had fans. They usually held half a dozen PC’s that were all engaged, and another dozen users patiently waiting for their turn. Most times, users came in pairs or groups and huddled around a PC — usually, only one of them knew how to use the internet, and helped all the others. But they were altogether fascinated.

Adding an interesting tale to the entire episode are the internet-obsessed people, or as you might permit me to refer to them as the internet preys who often fell victims of the early account hacking particularly for failing to log out their user accounts before exiting the cyber cafes. Need I remind anyone that you are in trouble when such happens.

Right about that time, the cafés also became the springboard for other ill-motivated vices and internet scamming which today is still synonymous with Nigerian internet culture. I once came across a quote which stated that anyone yet to receive an e-mail from a Nigerian is yet to own an e-mail address. It should be noted that the cyber cafes brewed the resultant chain reaction.

The entire weekend for some people wasn’t enough time to spend in a Cybercafé exploring the internet. Something in that line I guess spawned cafés to introduce bulk time purchases and overnight browsing, which was very popular for allowing faster speeds, longer duration in front of a computer and a conducive atmosphere to foster productivity. But then it also spelled even greater threats for the innocent Cybercafé visitors.

Police raids on Cybercafés and on major roads leading to them became very rampant. In a twinkle of an eye, you could find yourself from clicking your way to composing a Yahoo message to enjoying a free ride in the back of a police van alongside other seeming internet scammers (‘Yahoo boys’, as they are notoriously called).

The entire episodes seemed overwhelmingly unending, but one must admit, those days were really interesting.

For all we know, mobile internet and Wi-Fi broadband presence have done enough pushing Cybercafé into nearly state of oblivion. However, Cybercafés did many of us a whole lot of good in their heyday, connecting us for the first time to the rest of the world.