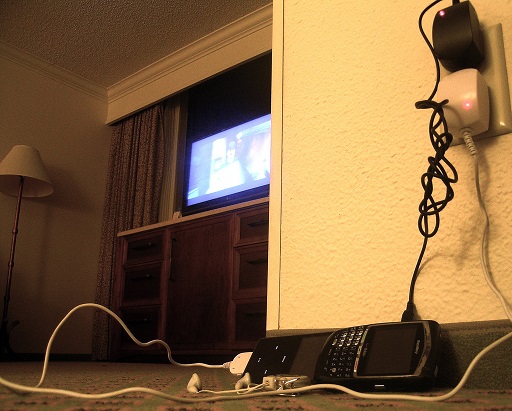 It would seem like money isn’t the only commodity that spices up our daily lives. Amongst other commodities that rival money in that sense are our mobile phones. I’ve come across people that spend the whole day with their phone, only to later realise later in the evening that they’ve not had their breakfast.

While they grow increasingly important in our daily lives, some shokcing things I’ve come to witness are the false notions people in this part of the world especially, attach to mobile phones. We’ve witnessed episodes upon episodes of these kinds of alarming and scenarios. Let’s take a look at some of them.

Mobile phone radiation can cause cancer

Some Nigerians still believe that the radiation that emits when using a phone can cause cancer. It is understandable that radiation from our phones can make us a bit uneasy especially when we put them to our heads or sleep right next to them on our beds.

However scientific studies have shown that there’s no link between mobile phones and cancer. Furthermore, mobile phones are ELF (Extreme Low Frequency) devices. The low-powered radio and microwave radiation they emit don’t not have the right frequency or energy to ionise molecules and change the body DNA structure.

So you no longer have to worry about bodily contact with your mobile phones. You should probably worry about other real dangers like avoid touching your boiling ring while it’s connected to electricity.

It’s 2015 and people still think it is “manufacturer recommended” to charge their phone to optimum level before first use. Interesting to say that my dad coerced me into buying this idea me when he bought me my first ever mobile phone.

While this myth holds true for older phones powered by lead acid batteries, it’s been rendered invalid since the advent of lithium-ion batteries. You will find lithium-ion batteries in virtually every smartphone today. Lithium-ion batteries do not need to be fully charged at any point in time, nor is it desirable to do so. In fact, it is better not to fully charge your phone because a high voltage stresses the battery. Some manufacturers even set the charge threshold lower on purpose in order to prolong battery life.

So at this moment you can start locating whoever sold this myth to you, and if possible, meet his/her behaviour with a deserved punitive action.

You may have seen the warning signs at the filling station, fuel pumps or may have heard it drop from someone’s lips. The worry comes from the idea that a phone battery could cause a spark when in close proximity with an inflammable liquid.

However, unless the battery was inexplicably faulty, mobile batteries do not spark so this won’t happen. If safety boards were worried about batteries near the pumps, what about that massive one sitting under your car bonnet? The more likely cause of petrol station fires come from a build up in static electricity, often from the material from the seat as you exit the car.

Mobile phones usage close to Generators can set off a fire

Nigerians with their nonchalant attitude are quite aversive to taking precautions. Under normal circumstances you’d expect someone who is on a mission to power on the generator to be accompanied with a torchlight in case of complete blackout. But that however does not imply that a torchlight is safer to use than your phone acting as a makeshift. Rather if a torchlight is safe to use, so also is a phone since both are powered by a battery.

Someone involved in a fire accident while trying to put on the generator may have failed to take other precautions, and not necessarily an error borne out of having a phone while within the proximity of the generator.

Mobile phones can ruin your relationship

Although there might be logical ground to think that obsession with one’s phone or spending so much time on social media platforms can have a negative impact on relationships. Possibly to the extent of breakup.

Be that as it may, the thought appears to be subjective and not necessarily a thing of certainty.

Either or both partners in a relationship could have strong affinities for their phones and yet not compromise on their feelings for each other to necessitate a break up.

And in instances where such attitude has led to breakups, the same does not apply to all relationship where either or both partners are obsessed with their phones. It’s a question of the maturity and understanding between the partners.

But on a serious note, finding a balance between maintaining your other commitments and of tasks that keeps you constantly engaged with your phone, may just be saving a relationship from this breakup myth or reality breakup for that matter.