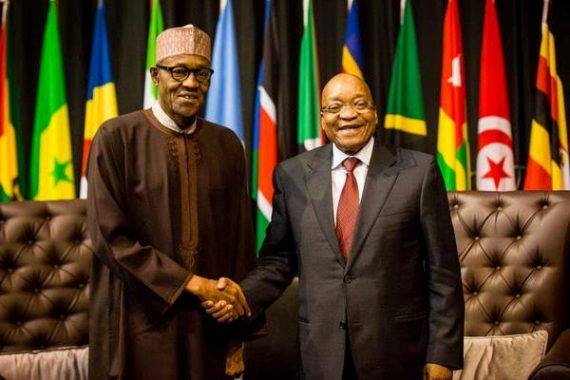 Sources revealed that a Forum of China-Africa Co-operation will take place in South Africa this week, and will provide the backdrop for a meeting between the two presidents to discuss the fine. The fine was described as a record-setting fine and apparently more than 50 times larger than the next-biggest regulatory fine to be imposed on a telecoms operator anywhere in the world.

News of the planned meeting comes after Nigerian officials this week said that Buhari would make the final decision on the fine.

MTN Nigeria was fined 1,04 trillion naira for allegedly failing to cut off as many as 5.1m unregistered Sim cards under Nigeria’s sim card registration legislation. Nigeria sees the registration process as part of an increased effort to enforce law necessary in combating crime and terrorism in the country.

Following the resignation of Sifiso Dabengwa as the Group’s Chief Executive Officer (CEO), the interim MTN’s Group executive chairman Phuthuma Nhleko for the past two weeks has been negotiating with Nigerian authorities in an effort to have the fine reduced and is said to be seeking to have it paid off in tranches.