3 Nollywood scenes that would be Impossible without tech 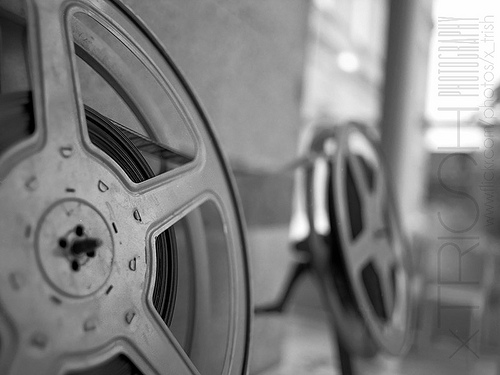 Having observed and studied the situation of Nigeria’s film making industry, it would be unwise to say growth hasn’t been made quantitatively and qualitatively. But this growth is more pronounced in the former than in the latter.

There is no gainsaying the fact that the film section of the entertainment industry has not held sway like the music counterpart which has totally liberated and weaned Nigerians off patronizing foreign music. To make matters worse, this pedestrian nature of the film industry has further made foreign films the best bet when one thinks of quality films to watch.

However, the dawn of the new millennium has seen the influx of new technology gadgets open new avenues for movies makers to explore and also, reinvigorated the interest of some patriotic movie-loving Nigerians. Let’s take a look at some of these movies and find out what possibility tech presence has brought about.

The 2012 Nigerian thriller disaster film by Obi Emelonye received 5 nominations at the 2013 Africa Movie Academy Awards and won the award for the category, ‘Best Film by an African Based Abroad’.

Let’s not get our mind worked up on the plethora of awards, given that most of the criterion for judging aren’t entirely flawless. Let’s focus on the flight simulation effort adopted in that singular scene where the pilot and co-pilot were battling their way with preventing the plane from crashing. Such production aided by Computer Generated Imagery and Visual Effects has technology written all over it.

The scene may be far from perfect, or perhaps from the usual seemingly perfect Nollywood scenes, but come to think of it, remove that scene from the movie and you’d have a lot of inquisitive and critic loving Nigerians asking one interesting question — “Does the producer actually want us to believe that the carton of biscuit it calls a plane was at any point in the air”?

This 2008 movie is the first in Nollywood to employ CGI technology. Smoke and Mirrors was made employing similar techniques used to produce popular movies like Sin City, 300, and Sky Captain & The World of Tomorrow. The movie was shot on a soundstage in Veritas Studios, Lagos, against a green screen backdrop. The entire environment was then placed in, using computer generated imagery (CGI).

The movie’s achievement in masking the works of CGI in the viewer’s eyes has had it deservedly nominated for the AMAA in visual effects.

A place in the stars

Objective followers of Nigerian movies would attest to the fact that the film industry is awful when it comes to pulling off big stunts like jumping from tall storey building, getting drowned in an ocean, creating a burning house, exploding a car etc.

However, if there’s one movie that has defied that odd, then it’s this movie. Although the movie director achieved this by cleverly adopting evasive tech manoeuvres.

Taking you through a technical scene in the movie, characterized by a vehicle seriously pursuing another. Eventually, the vehicle on the run veered off a ramp and turned over.

But beyond this well simulated stunt, lies another area of technicality in the same scene that added to the overall quality of the film.

The director clearly shrouded the moment he changed his character from the real one (Driver of the victim vehicle) to a professional (The real stunt puller) in an instance that got no viewer asking any question. Not even me.

The entire revelation only dawned on me when I saw the movie making.

I don’t know about you, but that’s tech speaking in confidence.

Nollywood isn’t riding on its milestone yet, but its adoption of technology shows a clear statement of intent. Continuing in this path may perhaps justify Nollywood’s recent usurping of Hollywood not just in quantity, but also in quality.