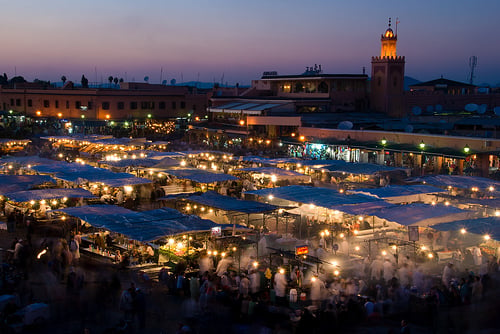 The potential market for eCommerce in Africa is growing and on the verge of becoming stronger through foreign investments attractions. Mara Group, a Dubai based Pan-African multi-sector business services company is looking to launch an Africa-wide online marketplace in less than 4 years.

The Mara Sokoni as it’s called, is hoping to become the leading eCommerce business in Africa. The platform is scheduled to launch in 10 countries, including Nigeria and Kenya, early in 2016.

Ashish Thakkar, founder of Mara Group and the executive chairman of the new venture, describes it as “a marketplace for global brands to plug into to sell locally in Africa, and for local brands to sell nationally, regionally and globally.”

Thakkar expects to rapidly roll out the service across Africa. “We will be in every country on the continent within the next three-and-a-half years,” he told wall Street journal Frontiers during an interview last week.

Mara Sokoni has thus far been bootstrapped and is in need of further investments to fund the initial roll-out.

In the light of the challenges encountered in delivering products to consumers across the continent, Mara is also setting up a shipping company, Mara Xpress. The Mara Xpress is expected to play a fulfilling role by helping to reduce the cost of delivering packages across Africa from an average $18 per parcel currently to around $8.

“One of the big challenges in eCommerce on the continent is that last-mile logistics is a big bottleneck,” Thakkar said. “Mara Xpress will provide that last-mile delivery service.”

The Mara Sokoni, going up against well-established and popular competitors, like Jumia and Konga, is leveraging on taking the marketplace concept further than the established products as its tool for competitive edge. Thakkar says “This will be the first two-way marketplace, global to local, local to global and local to regional. We are a true marketplace.”

With its plan to cover the entire continent within four years, Mara Sokoni’s current effort to attract funding is unlikely to be its last. “Probably by the end of next year, when we go into up to 16 or 18 more markets, we will do another capital raising,” Unger said.