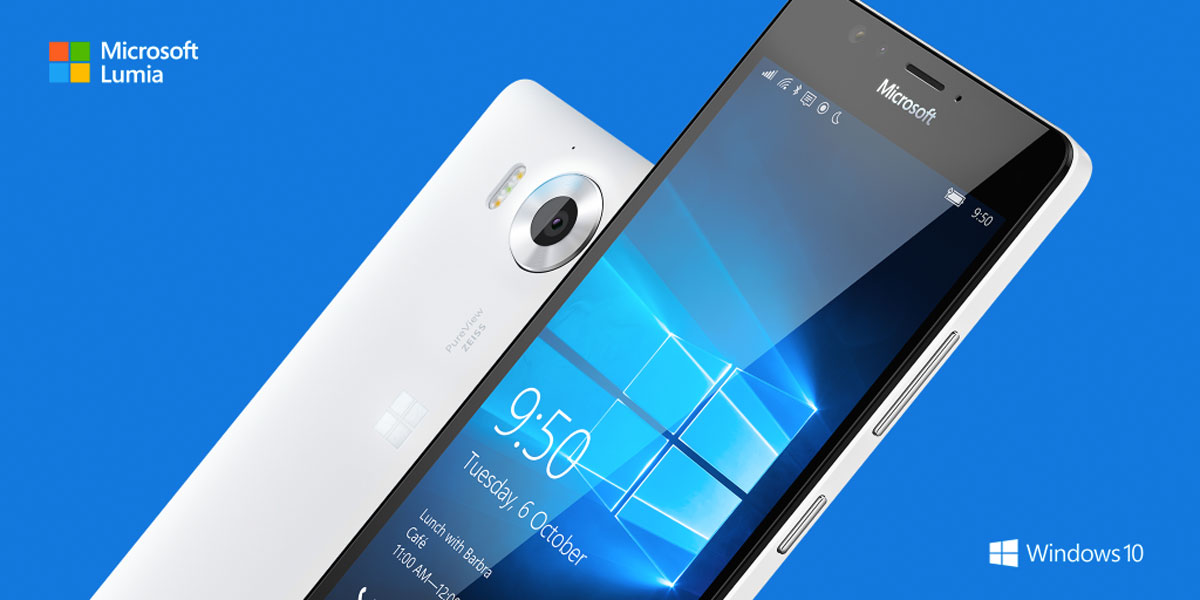 Microsoft has finally announced the heavily rumoured Windows 10 flagship phones; the Lumia 950 and Lumia 950 XL, both coming after the Lumia 930. Ever since this announcement was made, the question on everyone’s lips has been, “how are these phones different from the usual Microsoft devices?”

We have taken a look at the specifications and have come up with comparisons on some of the most important parameters;

All three devices come with the same metal frame and polycarbonate back but the 950 and 950XL have exchangeable back covers, while that of the 930 is non-removable.

The Windows 10 flagships have Quad-HD resolution displays, which makes their pixel densities 565ppi and 515ppi respectively. This means that the 950 has the sharpest display of the two. The 930 has a Full HD resolution, making its pixel density 441ppi.

All three devices have AMOLED displays, but the new handsets have a feature called the Glance Screen. This feature allows users to view certain information without waking up the main screen and Microsoft says the feature uses no battery power to run.

All three devices have 20-megapixel rear cameras, although Microsoft has updated the sensors on the latest devices. There is also a new flash on the latest devices; they feature what Microsoft calls natural light, in comparison to the dual -LED flash found on the Lumia 930. This natural light is said to reduce red-eye and not make subjects turn into “ghosts”. Fast focus has also been added to the new devices and Microsoft has updated the front cameras from 720p 1.2-megapixel cameras to 1080p 5-megapixel snappers.

The Lumia 930 wins in one department, though. Microsoft claims that it has a maximum standby time of 16 days, compared to the 12 days clocked by the new devices. Maximum talk time is not of much difference, with the 950 XL sitting at 19 hours,the 950 at 18 hours and the 930 at 17.9 hours.

The Microsoft Lumia 950 and 959 XL run on Windows’ latest installment; Windows 10, while the Lumia 930 runs on Windows 8.1, although it ill eventually get an update.

The new software has several exciting new features, with a more seamless experience across mobile, tablet, Xbox and PC. The Lumia 950 and 959 XL are able to be connected to a Microsoft Display Dock and as such, it can be used with an external keyboard, monitor or mouse, for example.

The Office and Outlook apps will also scale-up on the big screen, providing a PC-like experience, powered by the phone.

The 950 XL is the most powerful of all devices, with the largest display and biggest battery capacity.However, it is also the largest in terms of size.

The 950 is a lower instalment but nevertheless, is manageable. It has a sharper display, but it takes a hit in terms of processor and battery.

The 930 has been dethroned by its successors. However, it comes in more colours and has a smaller display and size. Overall, it is still a viable option, considering it will soon get a software update.