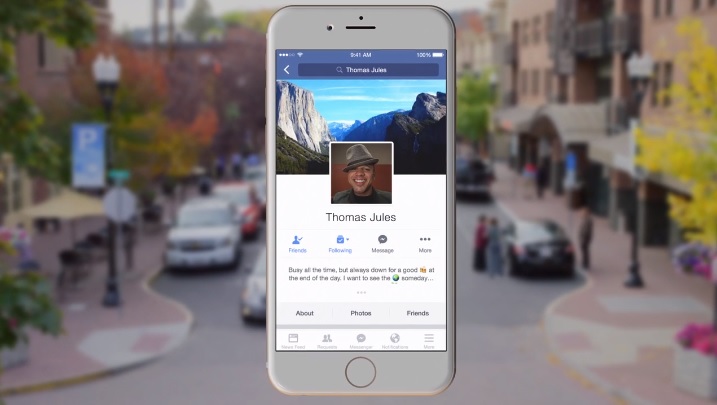 I thought about this a few days ago – although my idea was for a chat app – maybe I can claim Facebook stole my idea? (tongue in cheek). Anyways,  the social network announced it’s testing a new feature called profile videos, which will let users upload seven-second clips instead of a static image. This is part of the company’s effort to help people further express their personalities and creativity on the platform.

The profile videos will not appear in your status update or newsfeed but will appear and automatically play when someone visit’s your profile page. Although, like with Instagram, audio only plays when someone taps your video.

Profile videos are a huge update to Facebook profiles but the idea isn’t entirely new. The feature is a mixture of Apple’s Live Photos and Snapchat’s animated profile avatars. Facebook users with the feature can take a selfie video from their phone or upload any video up to seven seconds long. There are no size restrictions for now and profile videos will be automatically cropped to fit the square size of custom profile photos.

Facebook is currently testing all of these features with a small number of iPhone users in the UK and California, but will be rolling them out to more people soon. Once the feature is rolled out to your Facebook profile, you will see a tutorial at the top of your account that walks you through how to use it.