No one cares about your startup/idea 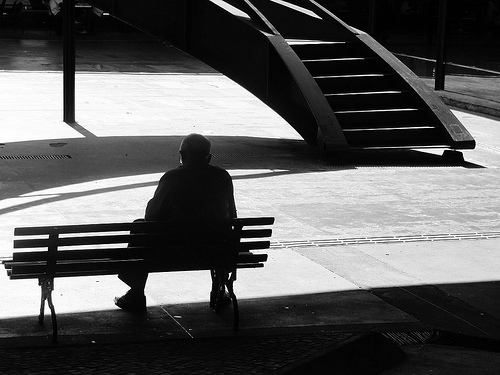 No one cares about your idea. Your mum supports you because she is your mum. But she doesn’t really care about your startup. If you are the lucky minority to have a partner whilst starting, then s/he doesn’t really care too. They are more interested in the outcome, more interested in security. You know house, car, savings. Your friends politely wish you well, but unless they have invested (which rarely happens) they too look down upon you as if you are a leper. Your peers think you are a joke. Until you are self sustaining or obviously successful you are a certified failure. A joke. You are alone.

It is difficult to really explain the feeling of loneliness which comes with building a startup. I started in 2005 and although on occasions I had co-founders it was usually me originating, creating and building the startups. The daily grind is fucking horrible. Anyone who truly tells me they enjoy 100% of it is lying to themselves. Working too many hours for $0,000.00 monthly is difficult. Demoralising self. In today’s society, self esteem and personal cashflow are linked. When I was building iROKO I started from my mum’s house, my old bedroom from when I was 4-13. I then moved into my younger cousin’s flat in East London. I was alone. I sat in the above seat for 18hrs a day staring at multiple screens trying to drag my 11th little startup-baby into existence. I had little to no cash and lived on around £100/month. I subscribed to SKY TV (DStv for UK) and alternated between my seat and the couch where watching TV would break up my rather pathetic existence.

Girls? Forget it. There were a few dates to the cinema whilst in London but that was definitely few and far between. Most of my friends who sought me out knew that my poverty meant they were collecting the bill. So the invitations were few and far between.

As a startup guy you take ALL responsibility for ups and downs. If you are alone. Then somehow you must absorb the lumps and bumps. It teaches you to be tough. Thickens your skin. Earns you your veteran stripes. Bloodies and builds you into an entrepreneur. A real entrepreneur, not a faux one who schmoozes rather than puts in any actual graft.

Once you realise you are alone, and except it, you begin to find joy in the most minute things. I swear those days I would concentrate so hard for such long periods I could hear my own thoughts. You begin to find joy in hanging out with yourself and become inward looking. I am not a pensive person but during those times I spent a hugg amount of time reading/listening/appreciating the works of Plato, Sartre, Nietzsche and Machiavelli. In an absence of human beings I was intellectualising myself. Or at least trying to. Anything to stop the hurt. Anything to justify the loneliness.

However you get through this. And by all means you must. It will help define the kind of person you become if (when) successful. The loneliness is your right of passage. It’s the hero’s journey. It’s why entrepreneurs are lauded and seen as being super-human.

My suggestion is get a co-founder who truly believes and is willing to ride with you. If not, prepare yourself for years of loneliness.

There is an old saying. The difference between visions and hallucinations are that other people can see your vision. Success removes any other lingering doubt.

I am Jason Chukwuma Njoku, Founder of iROKO. Arguably one of the most awesome internet companies in Africa

The loneliness is your right of passage. It’s the hero’s journey. It’s
why entrepreneurs are lauded and seen as being super-human… i salute